Say Something In Welsh 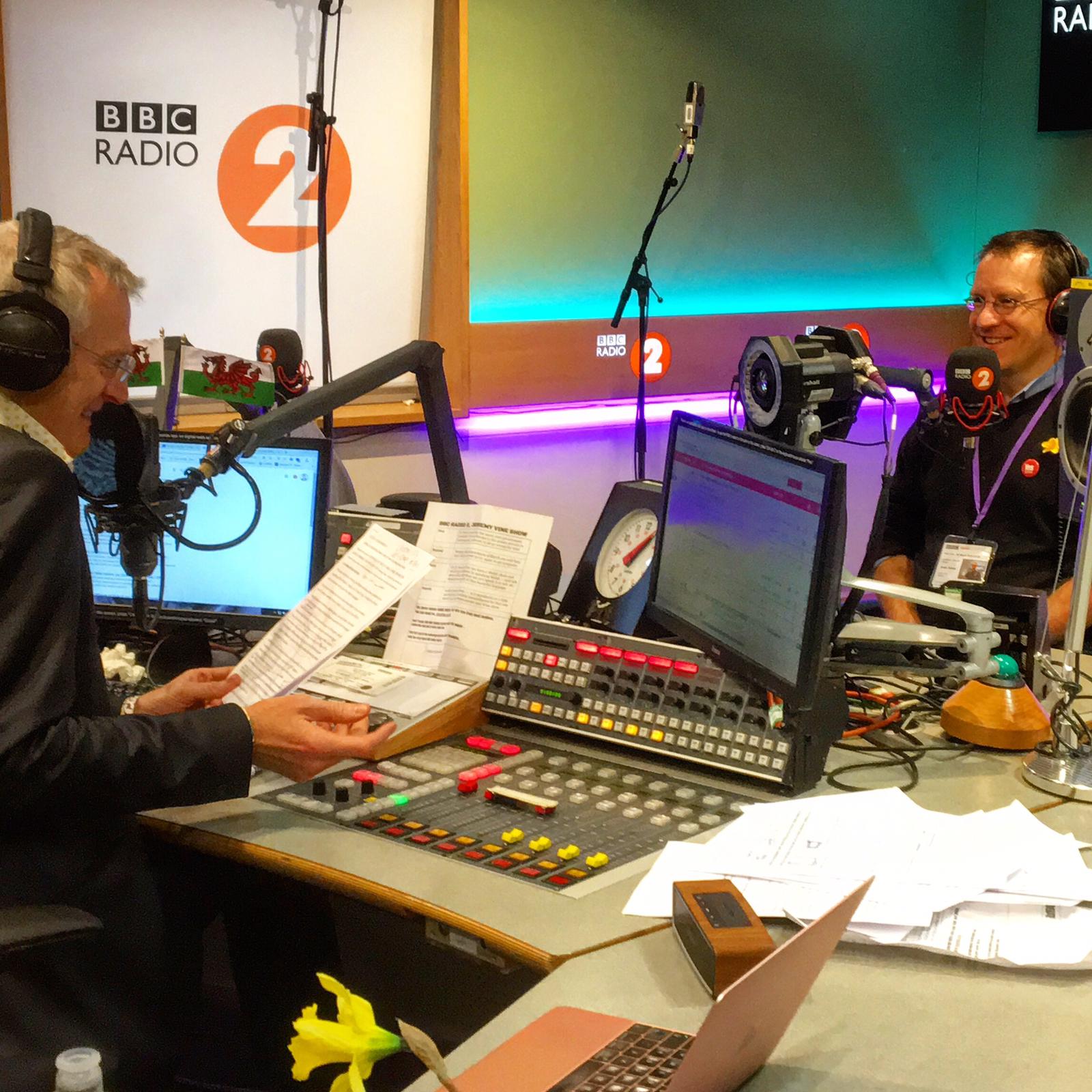 How did I end up teaching Welsh to Jeremy Vine live on Radio 2, and how can you learn in the same way – even if you don’t have your own show?…;-)

It was one of those particularly strange Twitter things – Jeremy had said something about Welsh not being the same as French, the point he was trying to make had got lost in the angry response, I’d suggested that we should all calm down and accept his apology, and the next thing I knew he was following me on Twitter, and people were suggesting that he ought to learn Welsh.

I sent him a private message to say that I presumed he didn’t actually want to learn Welsh, but that of course SaySomethinginWelsh would be happy to help if he did – and he got back to me immediately to say that he’d love to, and maybe we could do something on his radio show.

His producer worked through some of our sessions, with great success – and once they’d seen that we genuinely knew what we were doing, the radio lesson became a real thing. I’m not sure how many of the 7 million+ audience were working all that hard on their Welsh, but the line that it was the largest Welsh lesson in history is probably hard to argue with.

You can listen to it here, starting at about 1:05 into the show

Now, I can’t come and teach you one-to-one in the same way I taught Jeremy (well, unless you have your own radio or TV show which reaches millions of other people…;-)).

But I can go one better.

The way I was teaching Jeremy – off-the-cuff, responding to how he was doing, adapting to the right speed for him – that stuff can work really well for the first few sentences.

Beyond that, though, I’d have been starting to forget some of the words and structures that we needed to revisit.

And that’s why I built an entire course based on this method – the SaySomethingin Method – which has been carefully scripted and recorded, and checked to make sure that the memory techniques embedded in it work for every single word, and every single structure.

You don’t have to learn any grammar. [You’ll just pick it up, in the same way Jeremy did.]

You don’t have to write anything down. [If you do, we’ll tell you not to, in the same way I told Jeremy!]

You just get the same careful building-up of Welsh – the whole way through to the point where you can hold a real conversation [by that stage, you’ll be a lot better than Jeremy].

We’ve built two online classes to take you through the process.

One, our 6 month course, is seriously intensive – you need to have 3 to 4 hours a week, every week, to keep up with it.  If finding time is a problem for you, you shouldn’t do it – but if you can find the time, it will turn you into a Welsh speaker – a genuine, I-can-have-actual-conversations Welsh speaker – in the next 6 months.

The full price for it is £240, but we often have special offers on, so it’s worth checking.

You can find out more about it – and watch a video which explains a little more about how it works – here:

But I think our best course – because it’s so much more flexible in terms of the time you put in – is our ‘6 Minutes a Day’ course.

It takes you through everything on the more intensive course, but you only need to find about 42 minutes a week – and sometimes even a little less.

And it’s still a pretty rapid process – you’ll be having real Welsh conversations in just a year from now, and we guarantee that – yes, we actually refund course fees if you don’t achieve success (you’ll struggle to find any other Welsh courses that can take that risk).

What’s more, it’s a lot cheaper – just £10 a month (or £20 if you want access to the video group speaking practice sessions every day).

You can find out more about the ‘6 Minutes a Day’ course – with a short explainer video – here: 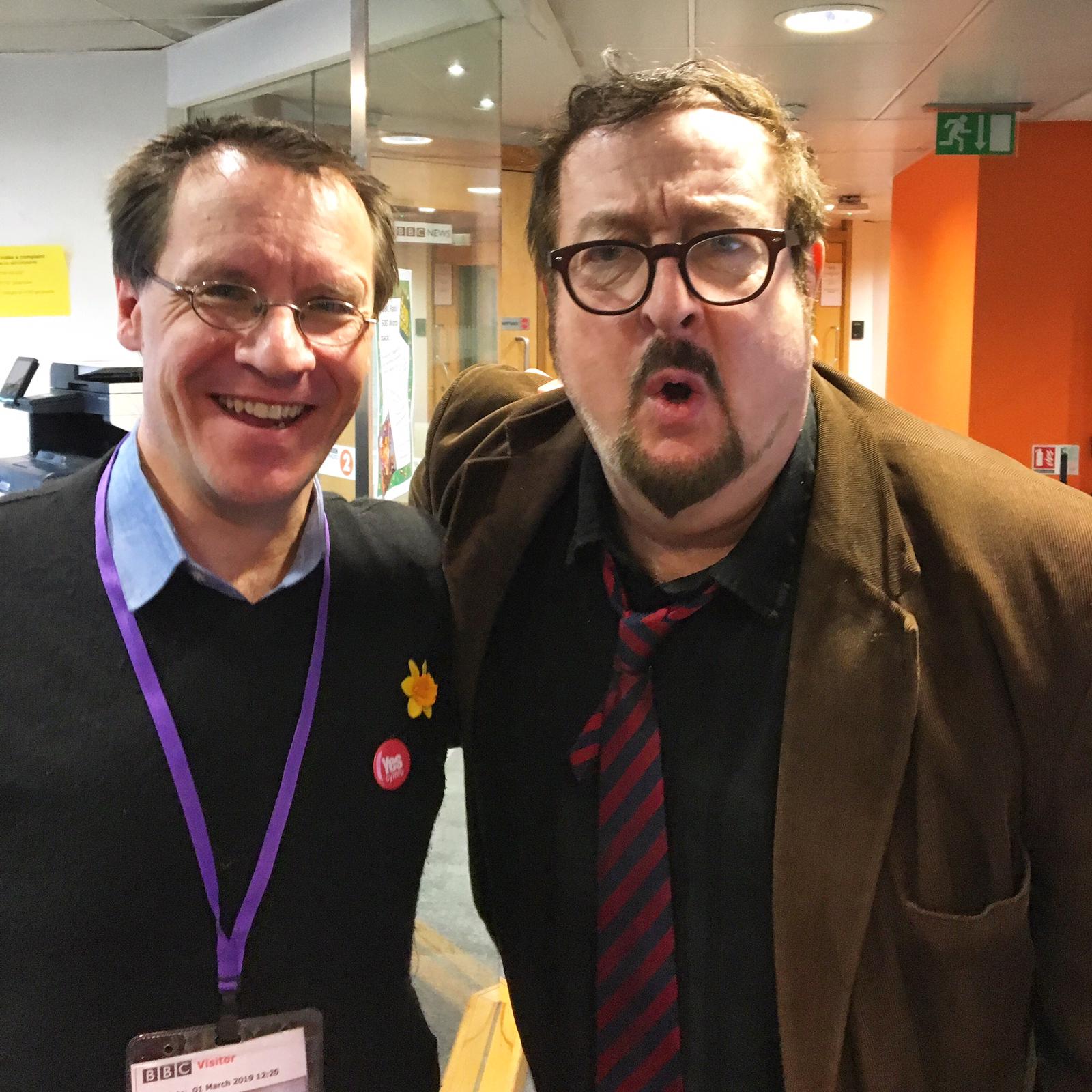