When Abby Hall, a Welsh woman working in rugby in Japan posted a two minute clip of the national anthem being sung at the recent Wales v Austria game, she possibly wasn’t expecting the reaction she received from female Welsh football fans.

“But watching this I really do wonder… where are the women fans? I’ve seen more women in a Japanese board room – and many more at any given rugby match.” 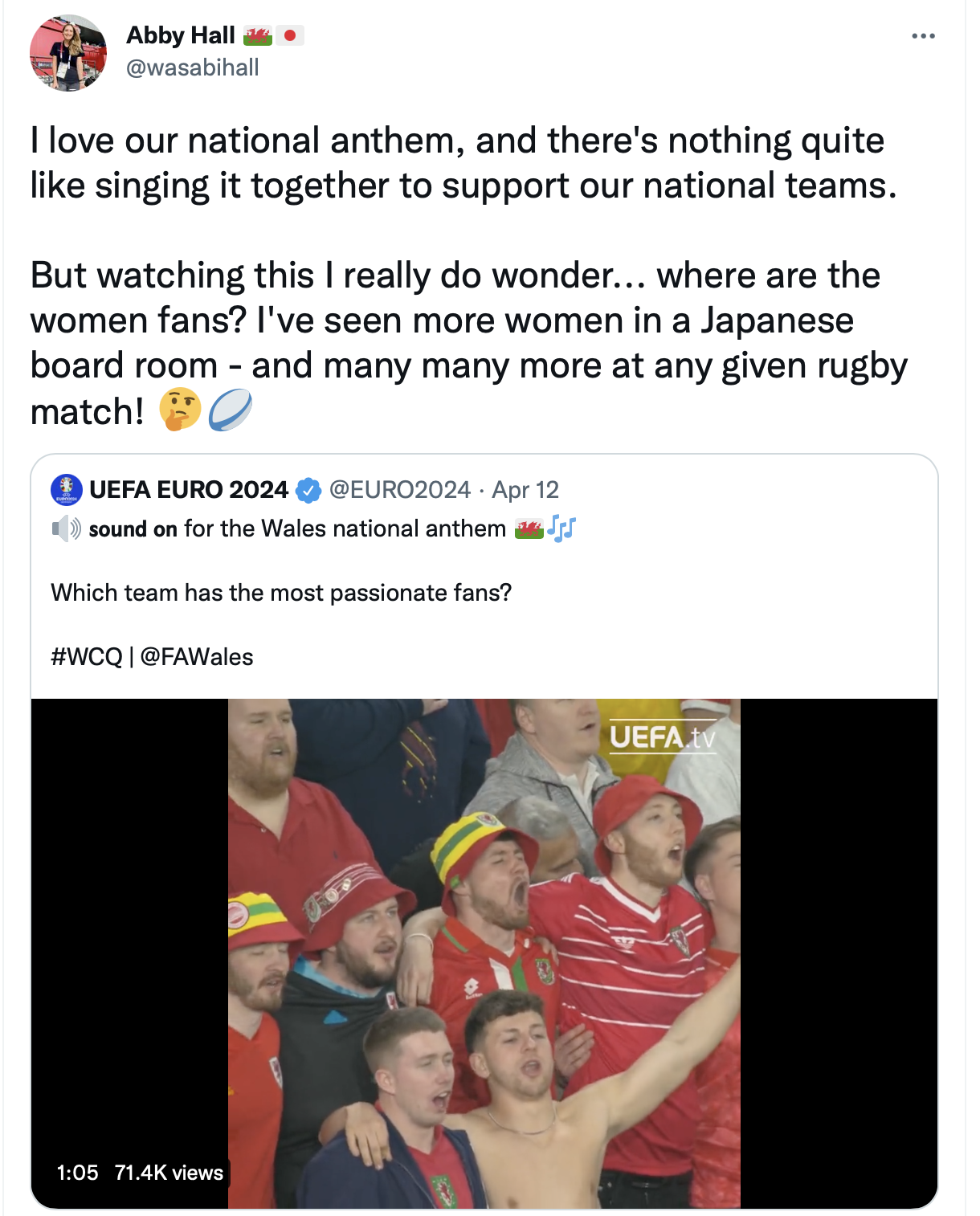 However, the reaction from the female contingent of the Red Wall was pretty decisive, with many questioning how you could make a judgement about how many women go to Wales international matches based on a two minute clip.

Many women posted pictures of themselves at Wales games in the replies to the post, which was subsequently deleted, with one supporter, Hales Evans of feWales – which represents the women of the Red Wall, starting a thread featuring lots of pictures of female Wales fans.

Try telling these 2 they don't go to the football!😁 pic.twitter.com/7XoDeIjDqw

All we can say is we think a point was proved and an education received about the Red Wall and its diversity and inclusivity.

“we think a point was proved and an education received about the Red Wall and its diversity and inclusivity.”

Was it though? I mean, Welsh football fans are great but I’m not sure we do ourselves any favours by pretending it’s a massively diverse experience. There are definitely a lot of women at Wales games but the bulk of the crowd is pretty predominantly male and white (none of the people in this article aren’t white). Let’s not kid ourselves.