Italian football giants Juventus are to open an academy in Cardiff.

It’s their second foray into Wales after they opened an academy in Ebbw Vale.

Italy’s most successful club will use the academy to scout up and coming young talent.

The academy, to be based at the House of Sport in Leckwith, Cardiff, follows the opening of a Juventus academy at Ebbw Vale sports centre.

Registrations are now open for the Cardiff academy, which will open on Monday, March 21.

Players from 8 to 15 years old (boys and girls) are invited to apply for a place within the Juventus Technical programme.

Coaches from Juventus Turin will be in attendance as part of a weekly training programme.

Successful players will be given the opportunity to play in Showcase Pro Academy matches, and the chance to represent Wales at the Juventus World Cup on June 22. 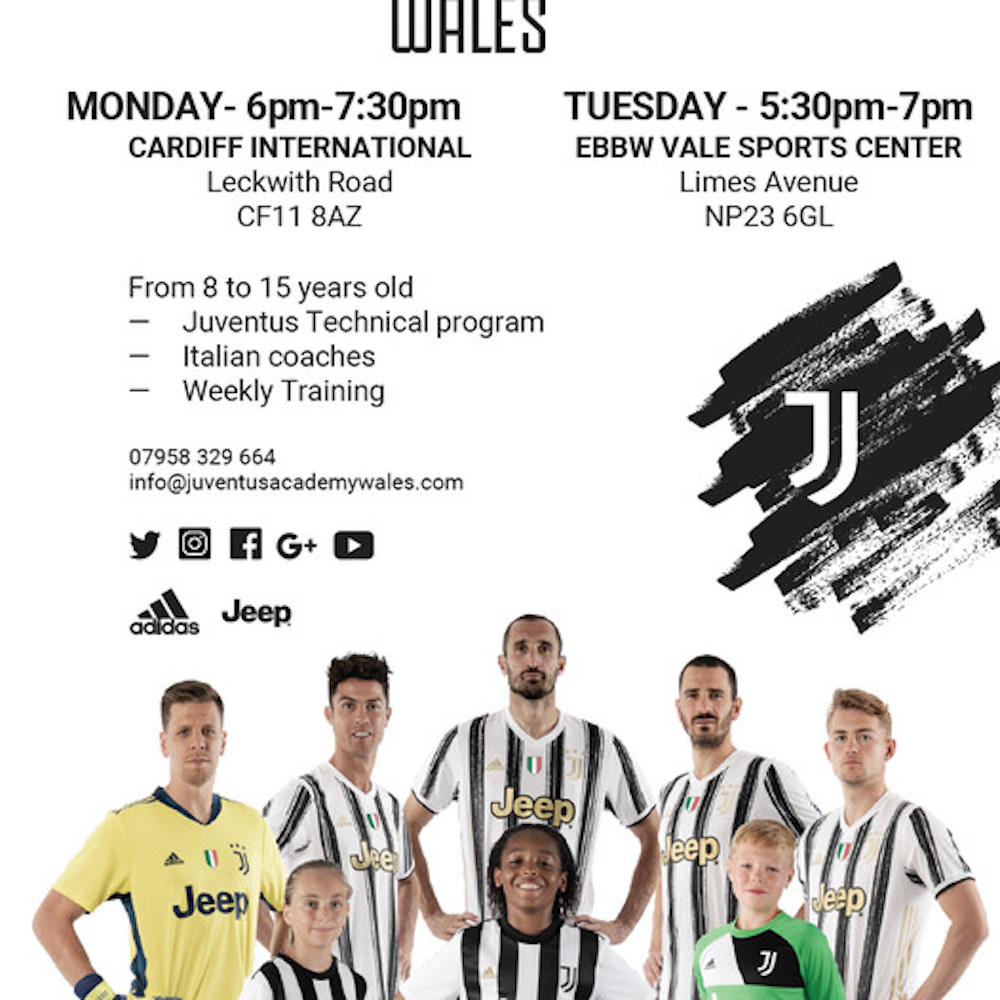 The announcement of the Juventus academy comes as French footballing giants Paris Saint-Germain recently announced their first ever PSG Academy in Wales – with plans for a further four academies in the near future.

Announcing their new venture with the headline: ‘Wales, Football, PSG Academy, in that order’ (a reference to the infamous Wales. Golf. Madrid flag Gareth Bale was pictured with) the French giants said their plans had come about due to the passion for football in Wales due to national team’s performances in successive European Championships.

Open to boys and girls aged 8 to 15, the PSG Academy Caerphilly offers budding footballers an opportunity to learn football and improve their skills in a fun environment.

The first training camps, based at St Martin’s School in Caerphilly, will start during the Easter holidays.

Click HERE to find out more about the PSG Academy

In July of 2020 there was the story on BBC about Bangor City and Inter Milan doing something similar. As someone who has started looking into it, could you find out if that’s still happening despite Bangor City’s more recent difficulties?

Guess the devils in the detail. It would be fantastic for best youth to be able to train with coaches working PSG, Juve and local club systems to try and get them to maximise their potential and less fantastic if you can only sign up to one or have to give up local football etc.