Jimmy Murphy, Chris Coleman and Robert Page may be the only three men to have managed Cymru at a major tournament, but there’s another name that should never be forgotten amongst Welsh fans.

Mike Smith – who recently died at the age of 83 – fought off competition from Austria, Hungary and Luxembourg to guide his talented team to the top of their European Championship qualifying group in 1975; just 14 months after taking the international hot seat.

Initially, there was reticence appointing the North London-born Smith as the first non-Welshman to the role (‘None of us can be perfect’ joked Leighton James), but he soon won over the players with his likable personality.

Having lost his opening match in Vienna, Smith then inspired Wales to embark on a five-game winning run (including a 5-0 demolition of Luxembourg and a first British victory in Hungary since 1909) to book a two-legged quarter-final against Yugoslavia in the 1976 European Championship quarter-finals.

“Wonderful, dazzling Wales” proclaimed the Western Mail. Leighton James said: “To beat Hungary on their own pitch was a memory that will never fade.” FAW President, Terry Squire added: “Not since our participation in the 1958 World Cup have I experienced such a level of excitement and anticipation.”

Captained by Terry Yorath, the side was a ‘golden generation’ even before the term was coined featuring the likes of Toshack, James, Flynn and Mahoney.

Yet, it would be another near-miss in the annals of Welsh football. A fraught encounter at Ninian Park – blighted by disallowed goals, crowd disturbances, refereeing controversies and a missed Yorath penalty – ended in a 1-1 draw, which wasn’t enough to overturn a 2-0 first leg deficit. The fact that the final tournament of Euro ’76 only included four teams added salt to the wounds and saw Smith’s side cruelly overlooked for decades to come.

Decked in their iconic Admiral strip, Wales responded well to their Euro heartache, including a 3-0 thrashing of Czechoslovakia in a World Cup qualifier; along with an impressive 1-0 Wembley win against England in the Home Championships. Yet, more heartbreak followed at the hands of Scotland in October 1977. The mere mention of Joe Jordan is still certain to bring a pained expression to many a Welsh fan’s face, and his handball proved to be the turning point of a tense “home” game at Anfield. 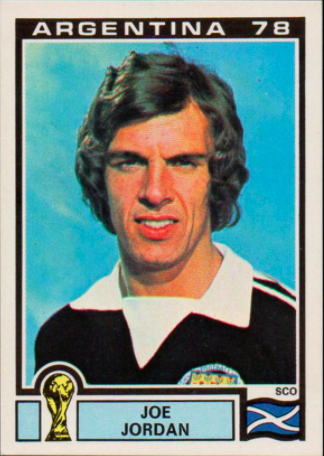 With such spirited displays across two campaigns, hopes were raised of finally reaching the Promised Land for the 1980 European Championships, but Smith’s time was up as boss in late 1979 following a 5-1 mauling from West Germany and a 1-0 loss in Turkey.

Having succeeded the 10-year reign of Dave Bowen in 1974, Smith became the first ever full-time individual in the role. While working as a teacher, he played for Corinthian Casuals in Kingston-upon-Thames, but would never go beyond amateur level (although he was in the Great Britain squad for the 1960 Olympics). He soon made a name for himself as FAW director of coaching with responsibility of overseeing development of the youth and amateur set-ups.

Following his five-year stint as Wales boss, Smith took the helm at Hull City in the Third Division from 1979-82 before becoming Egypt manager. Remarkably, he led them to victory in the 1986 Africa Cup of Nations and remains the only British manager to ever win the competition.

Smith returned to the Wales set-up in March 1994 as assistant to John Toshack, who infamously lasted just 48 days in his first tenure while juggling the job with his full-time role at Real Sociedad. After a meek 3-1 friendly loss to Norway, Smith was suddenly thrust back into his old position.

A nine-match reign across 18 months featuring six losses (including humiliating defeats in Moldova and Georgia) made Smith’s second spell memorable for all the wrong reasons.

Yet, he holds a special place for me as the first game I ever attended came under Smith in December 1994. Those were the days when the National Stadium was open at the Cardiff Arms Park end and tenants at the nearby high-rise flats could watch a free game from their living rooms.

Within 15 minutes, some of those windows were slammed shut as Bulgaria cruised two goals up before World Cup ’94 Golden Boot winner Hristo Stoichkov finalised the scoring on an occasion also notable for being Vinnie Jones’ international debut.

Chances of qualification were gone after four consecutive defeats, but there was a resilient 1-1 draw in Düsseldorf against the Germans with John Hartson making his debut. Smith’s second stint ended a couple of months later with another loss to Georgia in June 1995 as Georgi Kinkladze’s sublime chip left Southall stranded from 25 yards in front of just 8,000 fans.

Yet, Smith had admirably stepped up to the plate at short notice when confidence was rock bottom following the crushing disappointment of that Romania defeat in November 1993. He took over at a transitional time, and at least he didn’t turn us into the bizarre laughing stock we would become under Bobby Gould.

Crucially, Mike Smith should be remembered for the great work carried out across two campaigns in the 70s – most notably galvanising the heroes of 1976.

His former captain, Terry Yorath said: “Mike’s sheer passion for football was inspirational. He was a great motivator and made you feel as if playing for Wales was the best thing in the world.”

In ‘Welsh Dragons – The Story of Welsh Football’, Phil Stead referred to Smith as ‘Wales’ first scientific manager’, who meticulously analysed each opponent and ‘put pride back into a side in danger of dying through public apathy.’

The last words go to Welsh defender Dave Roberts, whose international career directly aligned with Smith’s first term between 1974-79. Speaking in Nick Burnell’s brilliant book, ‘Trailing Clouds of Glory – Welsh Football’s Forgotten Heroes of 1976’, he said: “Wouldn’t it be nice if somebody recognised the Toshacks and Flynns; Mahoney, James, Yorath, Leighton Phillips? All these guys and just said ‘you were successful, you got to the finals. You won your group outright…I’d be happy just to stand on the touchline and watch these guys, and Mike Smith get the credit they deserve.'”

This article first appeared in the latest issue of International Wales. Find out more about the Wales football fanzine HERE

Grew up watching mike smith’s Wales sides – he transformed the wales set up from an amateurish shambles into a well organised professional outfit. Still the only Wales manager ever to win a qualifying group and the only Wales manager to beat England at wembley (in fact in 3 visits to wembley under Mike Smith Wales never lost).