‘He only wants to speak to us in Spanish!’

In news that will amuse many Welsh fans, but maybe not those of Gareth Bale’s former club Real Madrid, a teammate of the Wales star at LAFC has revealed that Bale only wants to speak Spanish in the dressing room at LAFC.

Spaniard Ilie Sánchez was interviewed by Spanish daily sports newspaper AS.com and revealed that the Welshman wants to speak Spanish, even when players speak to him in English.

“Gareth speaks to me only in Spanish,” Sánchez told AS. “He just wants to talk to us (the Spanish speakers) in Spanish.

“I am the only Spanish, but there are many South and Central Americans in the squad. And he only wants to speak Spanish with us. In fact, sometimes we speak to him in English and he responds in Spanish!”

Sánchez said that Bale arriving at LAFC has given everyone a boost around the club.

“It has been a confidence boost. That a footballer of his enormous level has decided to come highlights our project. I admit it, when you see that he is now your partner, that makes us push a little harder to compete and to try to win. And everything we have seen and felt with him is pure commitment. He wants to help us win titles.” 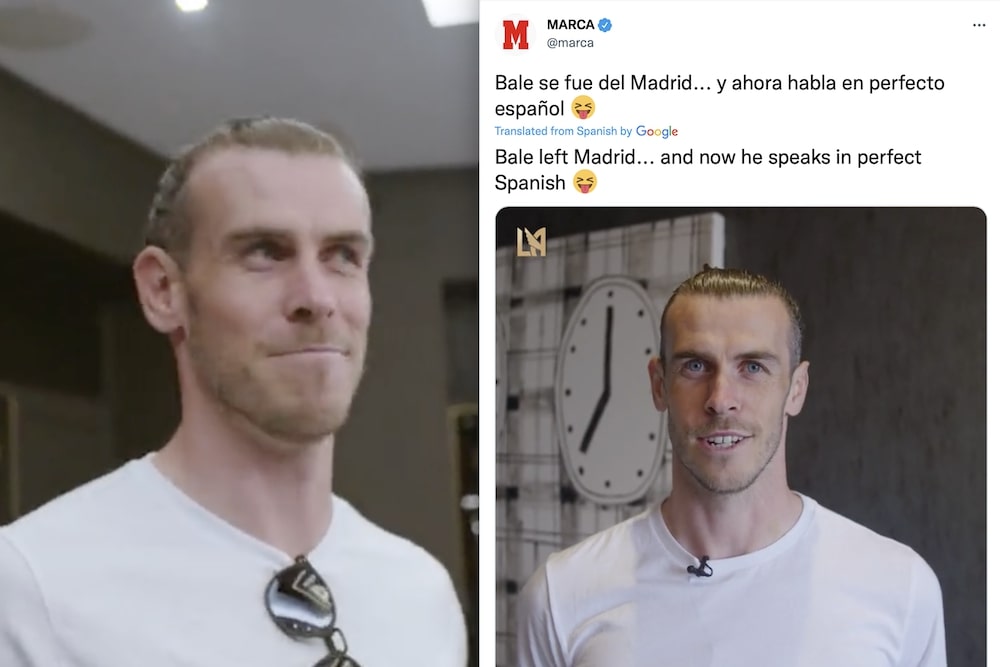 Bale has been keen to demonstrate his Spanish-speaking prowess ever since he landed in the US.

When he arrived in Los Angeles ahead of the LA derby, El Tráfico, there was understandably much excitement. 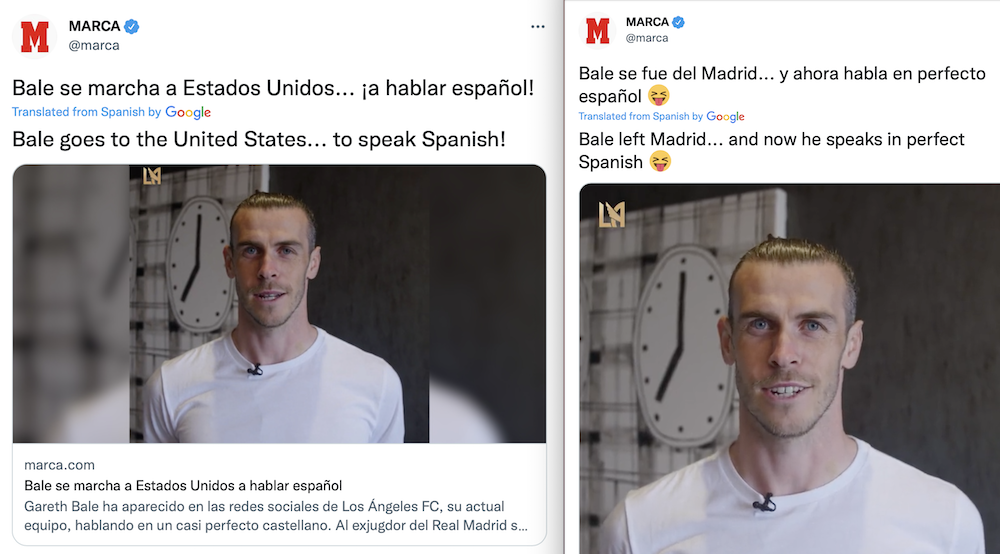 Someone suggested that he’s a perfectionist and therefore more anxious about getting it wrong. I imagine trying your Spanish if not fully confident is easier in LA where club wants you than in Madrid where section of fans and media don’t.

One of the two witnesses
Reply to  George

Maybe he likes using it there because South Americans don’t use the Castillian lisp. I know it sounds odd to my ears

Great to know Gareth’s bilingual which sticks two fingers up to those critics at Real Madrid who said he couldn’t speak Spanish. Hopefully one day he’ll show similar respect to his native language and learn Cymraeg.