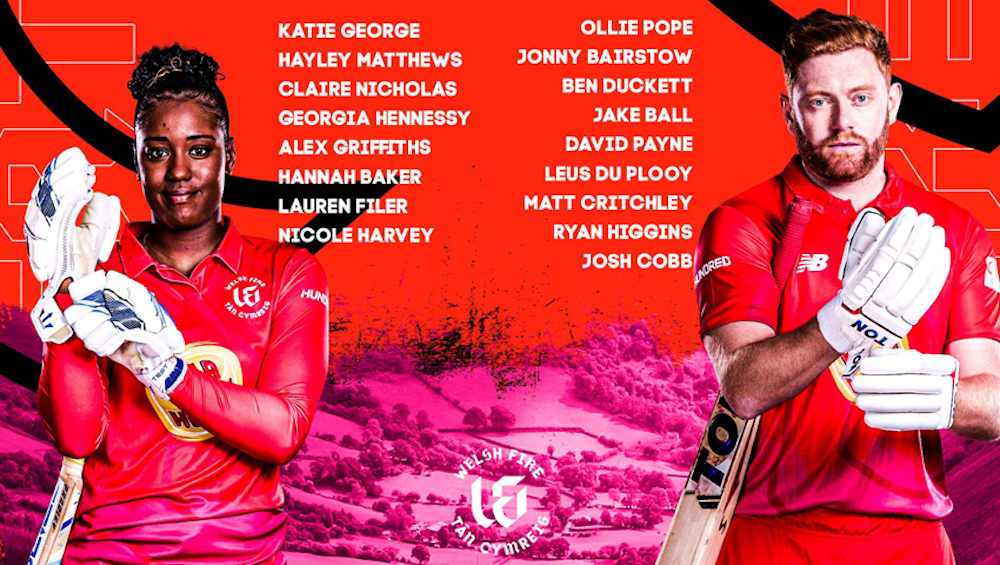 Welsh Fire have secured England stars Jonny Bairstow, Jake Ball and Ollie Pope for the second year of The Hundred.

Bairstow returns after an explosive short stint with the side last year when he scored consecutive 50s in his two games for Welsh Fire before reporting for England duty.

The women’s side welcome back West Indian all-rounder Hayley Matthews, England star Katie George and Claire Nicholas, who returns in 2022 after opting out of the 2021 competition following the birth of her second child. Matthews returns after an impressive debut campaign where she finished in the top five run scorers and top ten wicket takers in the competition.

The Men’s side have also opted to retain Ben Duckett after a successful year where he was the second top scorer, finishing behind only Liam Livingstone.

All eyes will now turn towards The Hundred Men’s Draft on 30 March where Welsh Fire will have the second pick behind London Spirit.

The Hundred returns in August, mixing fast-paced, world-class cricket with family friendly music and entertainment off the pitch. This year there will be even more activities to entertain families inside Sophia Gardens.

Katie George said, “We all can’t wait to get going this summer and I’m delighted to be staying with the side. Last year we saw how loud Sophia Gardens was even with reduced crowds and hopefully this time we can pack the ground out and make it a really exciting place to play.”

Ollie Pope added, “I’m really excited to be coming back to Welsh Fire. I was gutted to not be able to play last year and I’m hoping that with some exciting additions in the Draft we can challenge up the top of the table.”

Welsh Fire men’s side start their campaign at the Ageas Bowl on Wednesday 3 August in the opening game of the competition against Southern Brave. The side will then host Oval Invincibles at Sophia Gardens on Sunday 7 August. The women get started the following Saturday (13 August) in a double header against Birmingham Phoenix at Sophia Gardens. The final home game of the competition sees Welsh Fire welcome Northern Superchargers for a double header on Friday 26 August.

Tickets for Welsh Fire games go on sale to Glamorgan, Gloucestershire, and Somerset members today, and to last year’s ticket buyers from tomorrow. People who didn’t see the action for themselves last year can sign up at thehundred.com to be first to hear when tickets go on-sale.

READ: Bowled Over: How we learned to love The Hundred