Is this the best or worst fancy dress you’ve seen at a Wales rugby match? 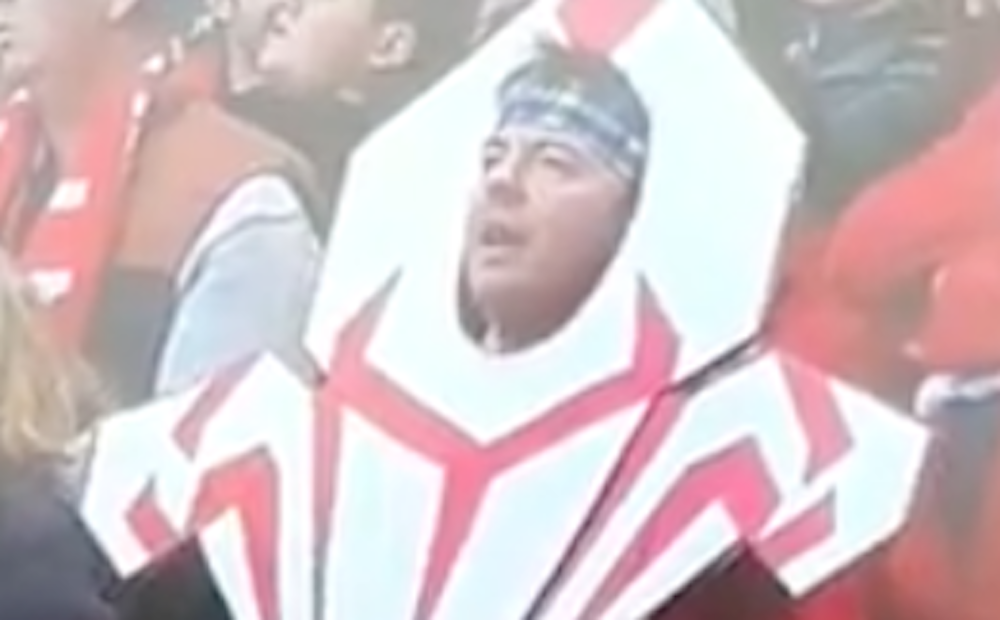 Outlandish attire has long been a staple at Wales rugby internationals.

First there were pink cowboy hats, then daffodil, dragon and sheep headgear.

However, all those representative emblems of Wales rugby matches pale into insignificance compared to this magnificent / terrible (delete as applicable) fancy dress spotted on TV cameras during the Welsh national anthem before Wales’ clash with Scotland at the Principality Stadium.

Whatever your thoughts you cannot fault the effort in creating this Three Feathers fancy dress.

Unsurprisingly perhaps, reaction to the fancy dress was mixed.

Some described it as ‘brilliant’, others shall we say were less complimentary.

There were those who also reckoned he resembled former First Minister, Carwyn Jones.

However, our thoughts are with those sat immediately next to and behind Three Feathers Man.

That takes some balls!

It was magnificent and at the same time terrible. My mam nearly dropped her paned.

Good effort and fair play to the man. But the German feathers are an insult to Cymru. Nothing to do with us. Everything to do with the Saxe-Coburg-Gotha “princes” and their made up titles.

Also it wasn’t Carwyn Jones. I walked past his house 30 mins before kick-off and he was in there. Maybe it was Derek Brockway?