Is this the worst Wales shirt ever?

A split Wales and England shirt a reporter wore on breakfast TV is being hailed as ‘the worst thing we’ve ever seen’ by Red Wall fans.

Appearing on the Lorraine programme the reporter Jonathan Swain showed off his split shirt much to the horror of both Wales and England fans watching at home.

There has always been a debate about the sale of split scarves at football games, displaying the names of both teams, but this was a bridge too far for those watching at home ahead of the massive World Cup clash between Wales and England this evening.

Understandably the reaction on social media was unanimous.

“I’ve just gipped in my mouth,” wrote one Welsh fan, posting on the @WalesAwayDuty page on Twitter.

“Sometimes murder can be excused,” said another.

While this member of the Red Wall reckoned: “Anyone who wears a split jersey or scarf should henceforth be known as #Lorraine”

All we can say is many apologies if we’ve put you off your breakfast. 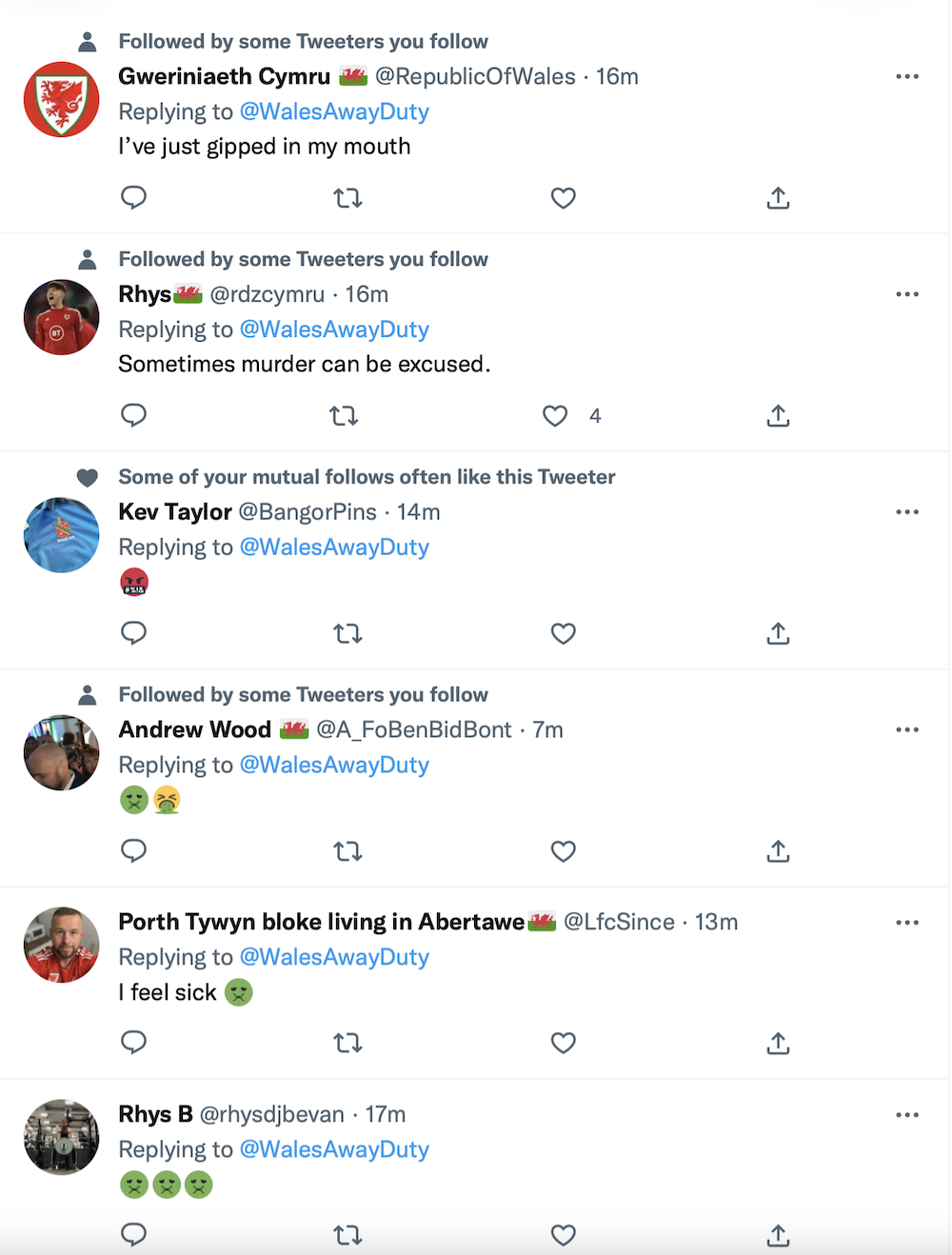 should sell these in monmouthshire and pembrokeshire they’d go down a treat!

You could shift a few in Conwy County…

North of the Landsker line I suspect this may be true. South of it I dunno so much

A perfect shirt for Welsh unionists. They should all be made to wear them, as it represents what they want.

To stay true to their cause, unionists would need to wear a complete English shirt over the Welsh one.

Bloke looks a bit like Handcock and that’s the sort of junk he might wear now he’s established as a clown outside of government having laid his foundation while Minister for something disastrous.

Looks like the border of that shirt results in unequal portions. ’twas ever thus

NASA plan to send a woman and a person of colour to the moon. If there’s room for another, send Ben Davies to be the first person to speak Welsh on the moon.

Unionists have found the perfect top. They simply can’t bring themselves to outright support their own country for the living embarrassment they continue to be.

Is this what William Windsock will be wearing?

It’s the best half Wales shirt ever as it may be the only one of its’ kind but does it come with a printed dotted line and scissors with instructions to cut along it?