Meet the Welsh team playing in a Champions League Final

A football team from Cardiff will take centre stage in what is being billed as a Wales v England clash this weekend.

Cardiff Bay Warriors FC are through to the Somali British Champions League Final where they will meet Leicester Atletico this Sunday, August 7

And in the spirit of World Cup season it is being touted in the Somali community as a Wales v England showdown.

Cardiff Bay Warriors FC completed the group stages and subsequently went on to win their quarter finals and then the semi finals in emphatic and dramatic fashion.

They came from behind in the semi final second Leg to win 9-8 after being behind by two goals in the first leg against last season’s Somali Champions League winners Hilltop FC.

A brilliant video of the Warriors travelling to the second leg semi-final in London and their sheer joy at their victory underlines the togetherness and sense of community the team possesses.

Watch that video below

The Cardiff Bay Warriors FC team is made up of mainly players of Somaliland heritage, born in Wales and who have come together as a team to play in competitions across the UK and Europe.

The Somali British Champions League is the most prestigious competition in the UK for diaspora community teams and will crown the winning team as UK Champions.

“This is a huge occasion for Cardiff as a city and Wales as a nation that’s why we want to drum up as much attention as possible,” said the team spokesperson Ali Abdi. “The community is often written off or invisible in many quarters of our society in Wales but via the power of sport they have the potential to put their community, city and country on the map!’ 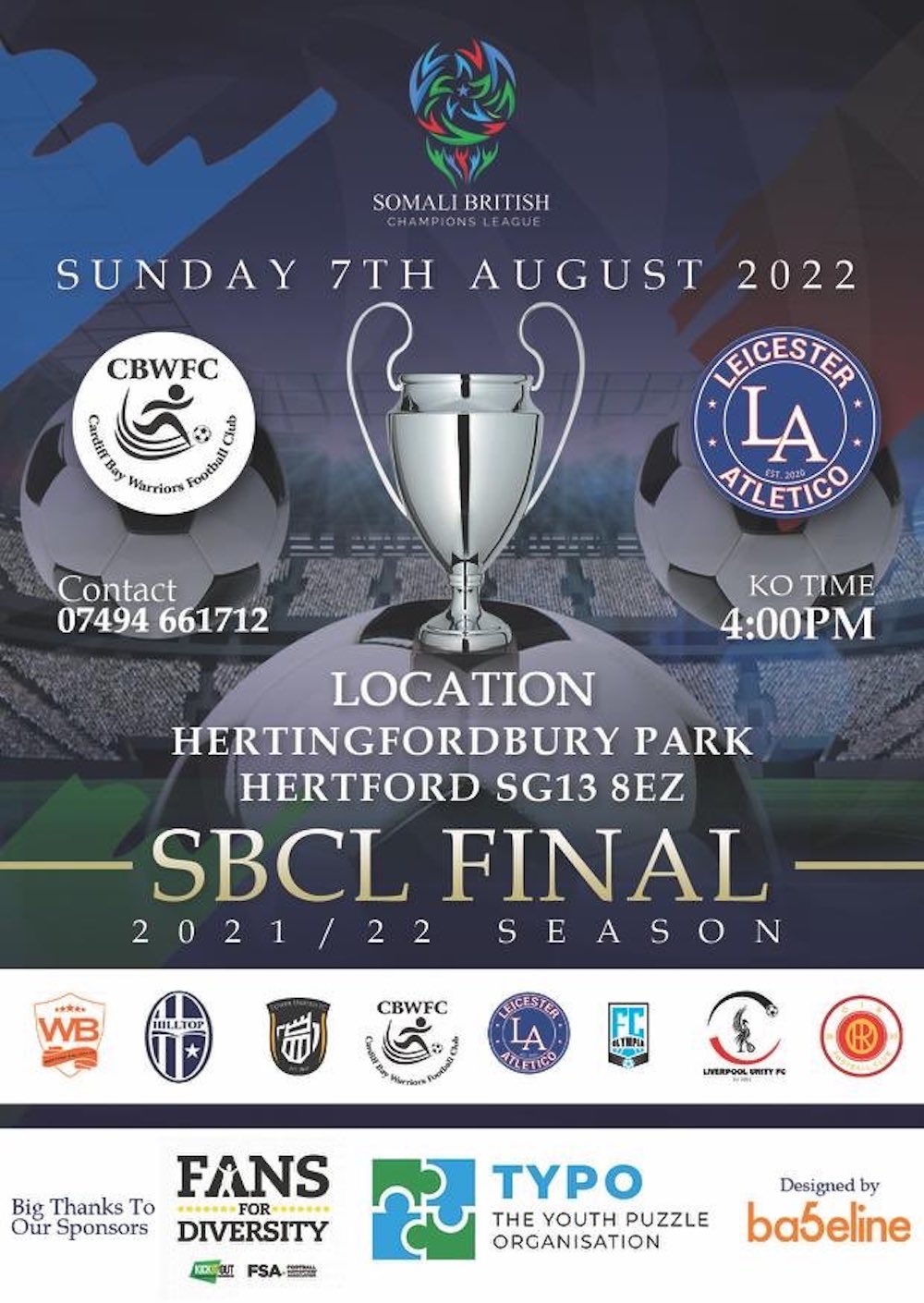