Merthyr Town unveil away kit in the colours or Shakhtar Donetsk

Merthyr Town Football Club has released its new Joma 2022/23 away kit in the colours of Shakhtar Donetsk.

The striking orange shirt is to celebrate the town’s links with the city of Donetsk and the hope for peace in Ukraine.

A statement on the Merthyr Town FC website read: “John Hughes from Merthyr Tydfil travelled in 1870 to build an ironworks for the imperial Russian government, and within two years he had started the production of iron in the new town of Hughesovka, which took his name from the founder.

“Hughes was accompanied to the region by over a hundred ironworkers and miners from the South Wales Valleys. In fact, Welsh migrants continued to travel to Hughesovka into the early 20th century until the Bolshevik revolution in 1917.

“The town of Hughesovka is now the city of Donetsk and our two regions continue to share an industrial history which covers both steelworks and mining. The term ‘Shakhtar’ itself means ‘Miners’.

“The other similarity between Donetsk and Merthyr Tydfil is the love of football and we hope that our new away shirt will be a symbol of a peaceful and prosperous future for Ukraine.”

When news reached Ukraine of Merthyr’s gestures, a story was released via a Ukrainian news channel with an invite to the club to play a friendly after the war at Shakhtar Donetsk’s home stadium, the Donbas Arena. 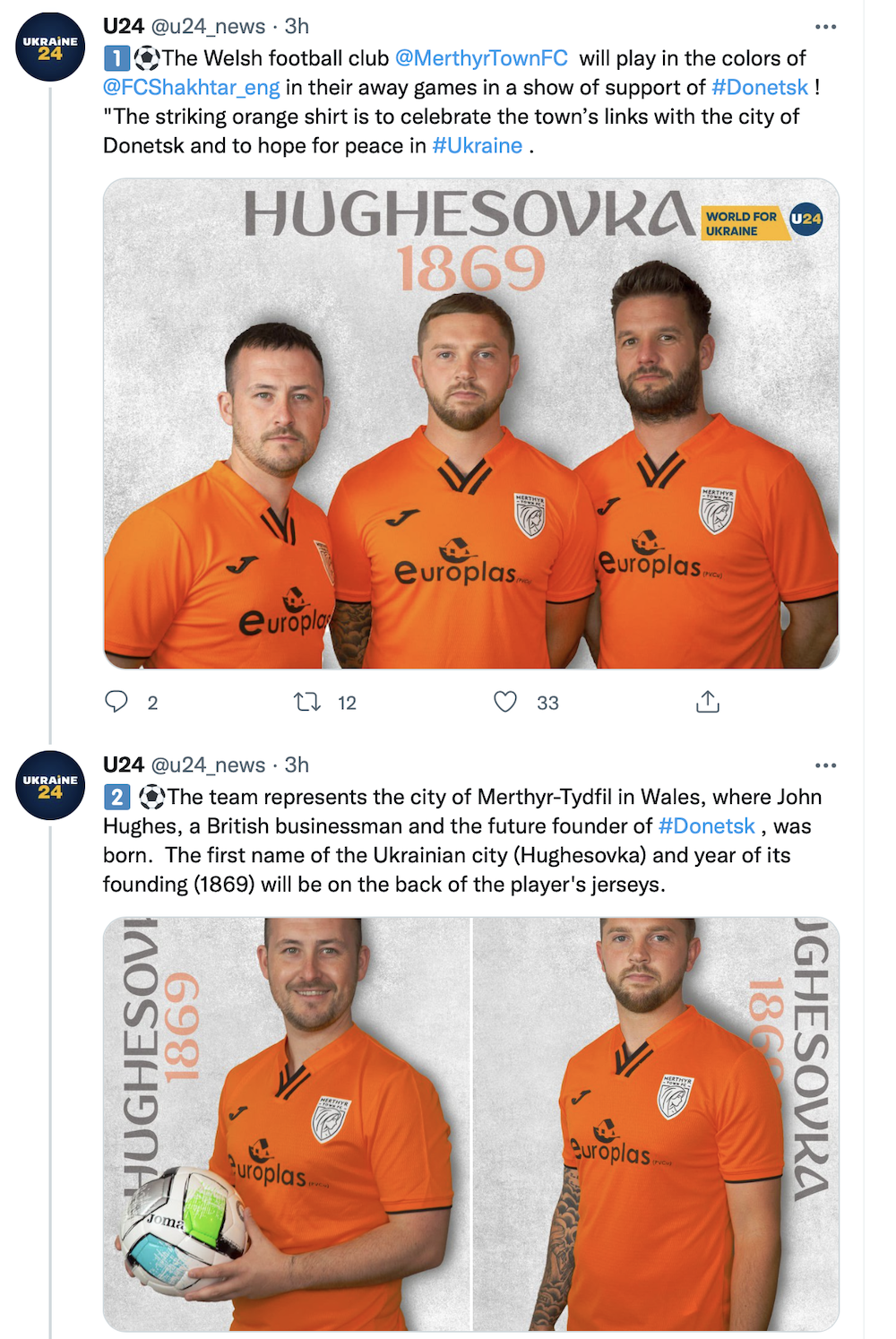 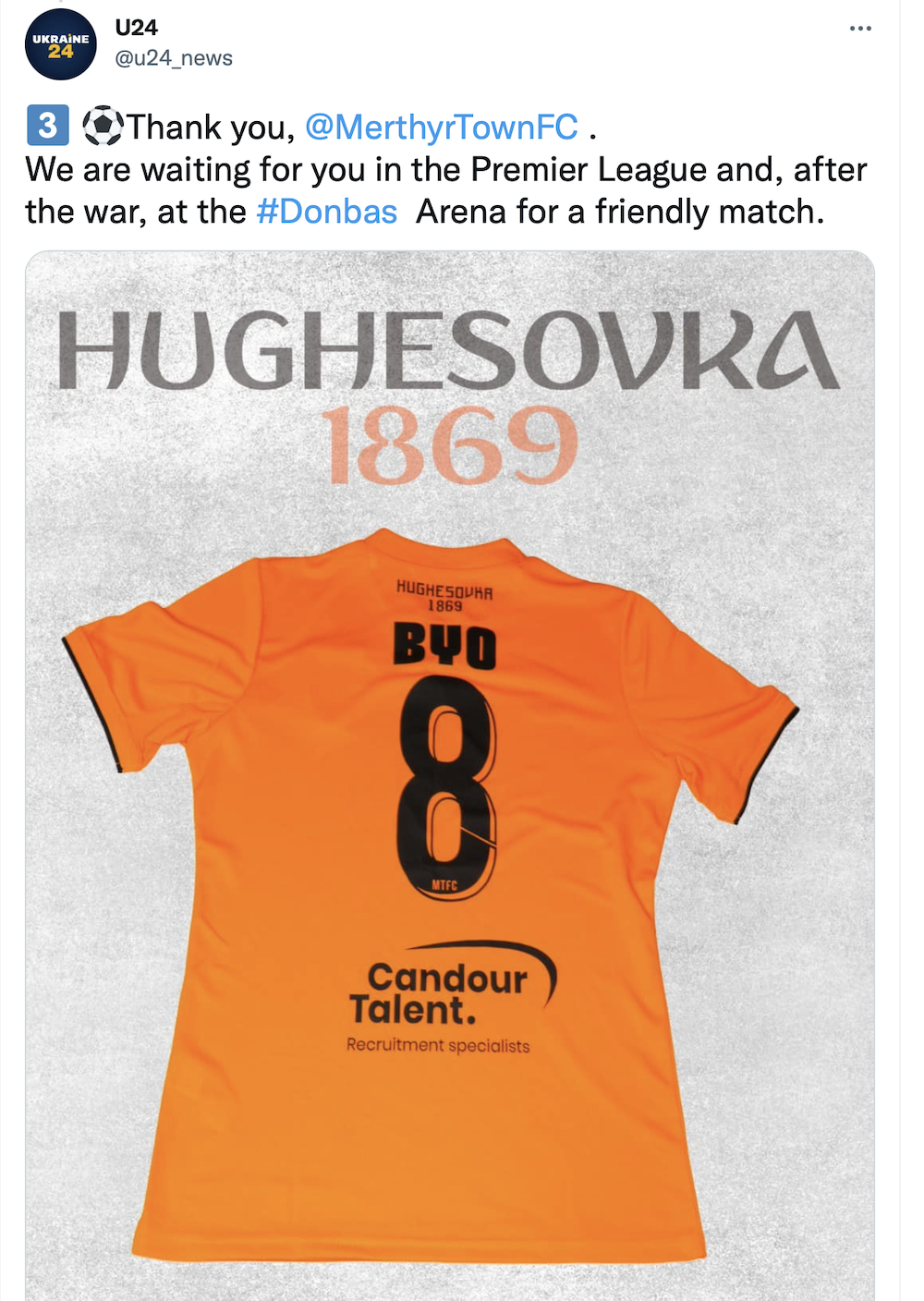 Merthyr Town Football Club will be supporting the Disasters Emergency Committee (DEC) Ukraine fund from the sales of each shirt.

The new 2022/23 away kit is available to purchase HERE