Revealed: This is where Wales will be based at the World Cup in Qatar

The details of where Wales will stay and train at Qatar World Cup 2022 have been revealed.

It was previously announced that Robert Page’s team would play their group games against USA, Iran and England at the 50,000 capacity Al Rayyan Stadium in Doha.

Now information about where the Cymru squad will be based have been released.

Wales will be one of three-quarters of the teams at the World Cup which will be based within a 10km (six miles) radius of each other in Doha, football’s world governing body FIFA said while announcing the hotels and training venues for the 32 sides.

For Wales this will see them staying at a brand new hotel, Delta Hotels City Centre, which is due to open in October. Similarly they will train at a bespoke new training ground – listed as ‘Al Sadd SC new training facilities’.

Al Sadd Sports Club is a Qatari sports club based in the Al Sadd district of Doha. Its football team, which competes in the top level of Qatari football, the Qatar Stars League, is known primarily by the nickname ‘Al Zaeem’, which translates to ‘the Boss’.

Unlike in previous tournaments, every team will stay in the same hotel and use the same training base throughout the tournament.

“Players will have more time to train and rest during the competition while being able to experience the excitement that will take over the country at much closer quarters, as fellow players and passionate fans from all 32 nations will be gathering in a single area,” said Colin Smith, FIFA’s Chief Operating Officer – World Cup.

The tournament, to be played across eight stadiums, starts on November 21 with the final taking place on December 18.

FIFA said the accommodation ranges ‘from four and five-star hotels to villas, resorts and non-hotel accommodation, including sports academy residences and school/university housing’.

“As with all of our World Cup projects, legacy planning has been a key factor and many of the training sites renovated and built will benefit local clubs and communities long after the tournament has finished. The new hotels will also support Qatar’s growing tourism industry post-2022,” Nasser al-Khater, Qatar 2022 CEO, added.

More than one million fans are expected to visit Qatar for the tournament. 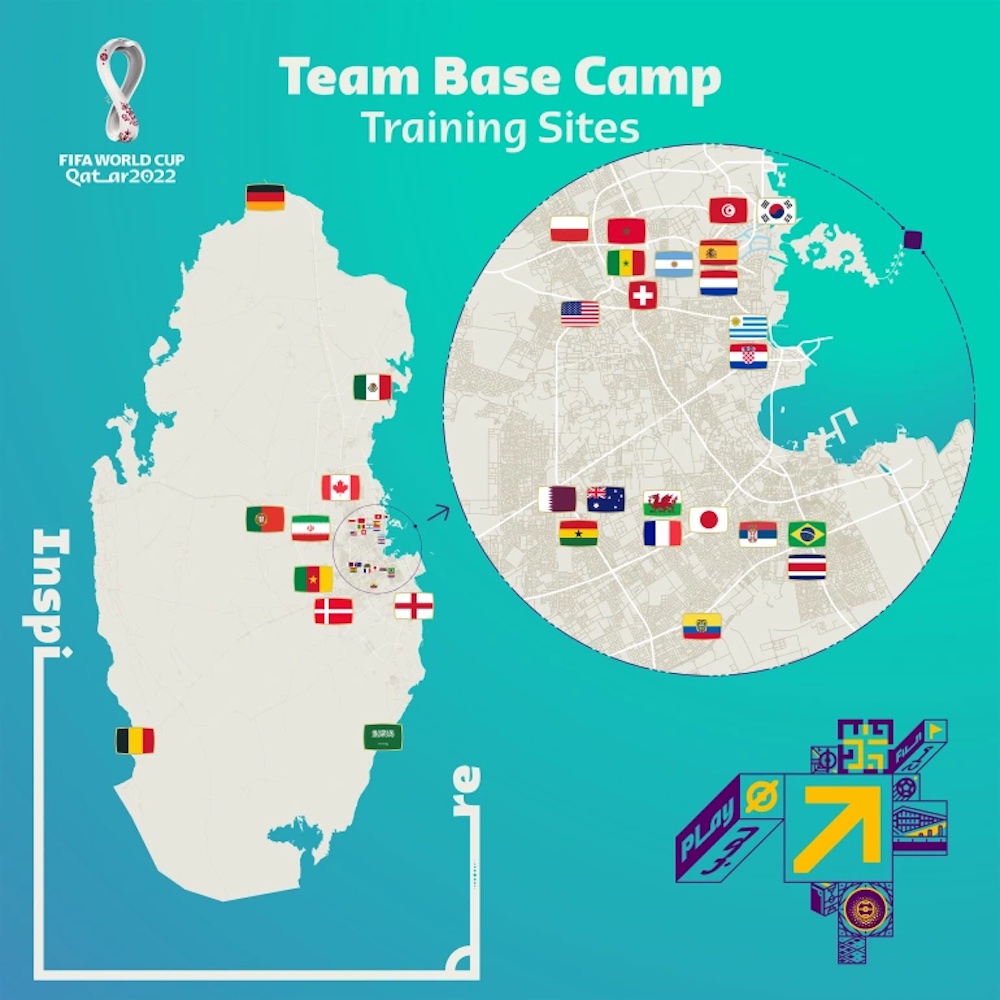 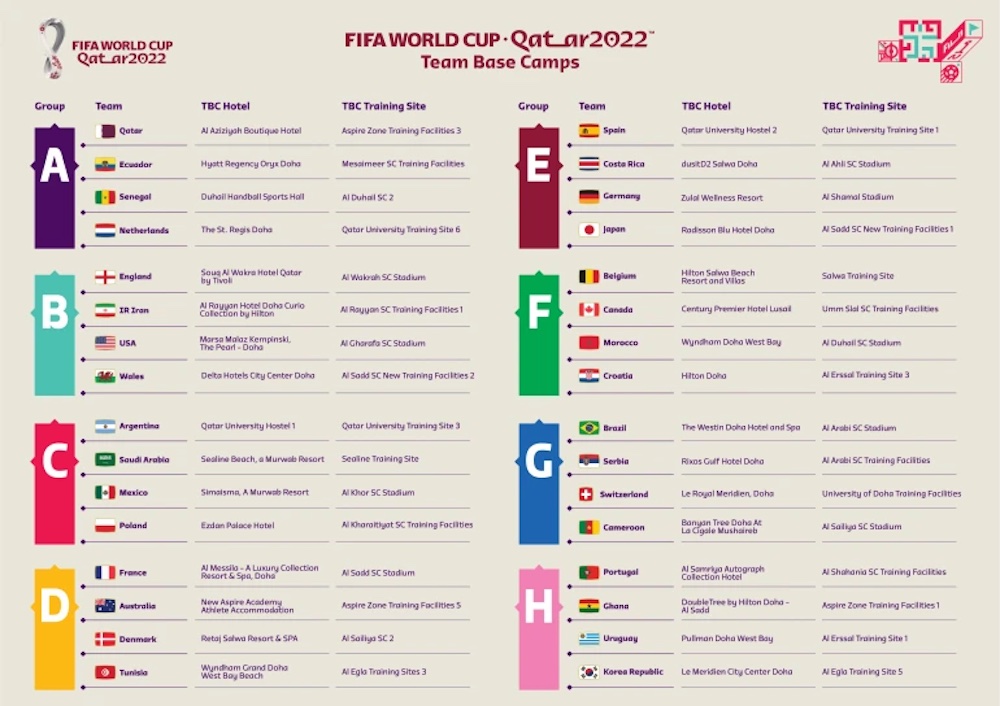 Wales were in pretty quiet corner of France for Euro 2016. I wonder if excess travel of Euro 2020 has created desire to be more central or whether being amongst last to qualify shortened options?

Real Madrid chose to be in center of town for their run of Champions League wins so no set way of doing things.