He unwittingly created an infamy at a time when the beautiful game was awash with mavericks who played as they lived their lives, with wild abandon.

These were hedonistic entertainers, footballers as rock ‘n’ roll stars, exhibiting a lust for life that they demonstrated at full tilt on and off the pitch.

The likes of George Best, Stan Bowles and Rodney Marsh – these were flamboyant geniuses who partied hard and engaged in the pursuit of pleasure with the same ribald joy as they did finding the back of the net.

Of course, Robin Friday never attained the giddy footballing heights of the aforementioned stars, nor the associated riches of fame.

Part rock star, part footballer, he was considered by many to be good enough to play for England, but Friday retired aged 25, exiting the pitch for a life marked by battles with alcohol and drug addiction.

His legend was no doubt emboldened and reawakened to a wider audience in 1996 when Welsh rock ‘n’ roll frontiersmen Super Furry Animals released the single The Man Don’t Give A F***, which used a colourised version of the iconic picture taken on April 16, 1977, at Ninian Park.

Having clashed repeatedly with Luton Town goalkeeper Milija Aleksic, Friday celebrated scoring by trotting past his nemesis flicking the “V-sign.

His is a tragic tale of unfulfilled talent, a flame that burned brightly but briefly. He died in Acton in London on 22nd December 1990, aged 38. He had suffered a heart attack.

That image of Friday as the outsider, the rebel, sticking it to “the man”, is something which appealed to author Stuart Kane, who has written two books about the footballer.

Man Friday: The First Half, deals with the player’s time at Reading, while his latest, released recently – Man Friday: The Second Half majors on his tumultuous period at Cardiff City.

They are written in the style of biographical fiction, much like David Peace’s award-winning book The Damned United, about Brian Clough’s torrid 44 days reign as manager of Leeds United. 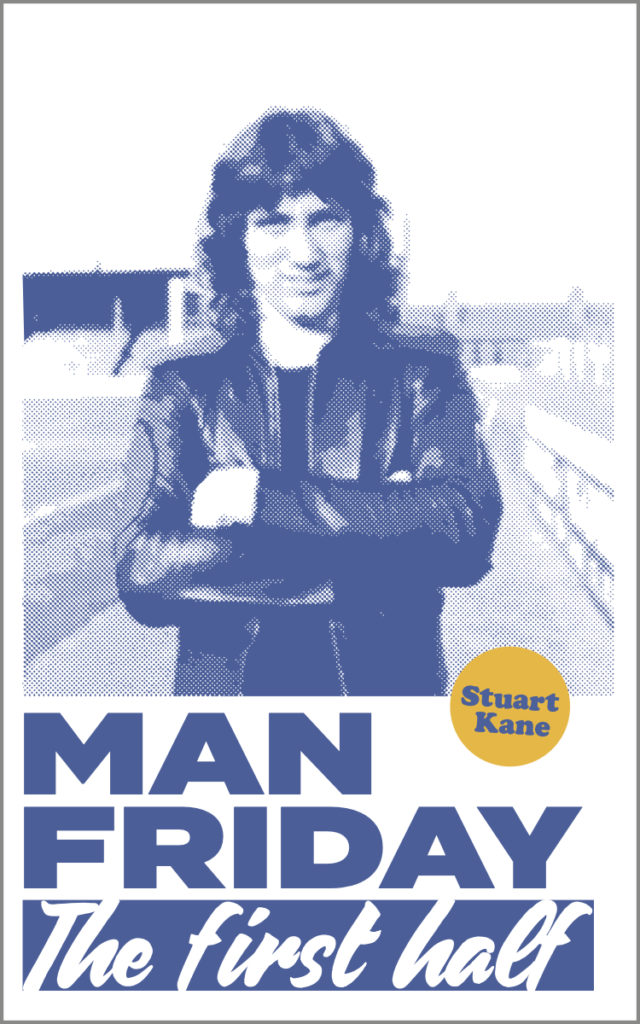 Stuart’s books see the writer attempting to get inside the player’s head, retracing his early life to non-league football through to his appearances in the football league, emboldening Friday’s mythical aura.

First encountering Friday in the 1990s, thanks to the Furries, it was that infamous picture that piqued the author’s interest and has led him on a literary and footballing odyssey researching the player’s life and unearthing stories that have never seen the light of day.

“The second book breaks new ground on Robin’s time at Cardiff in 1977,” says the author. “The details I reveal are not known, so it gives City fans an idea of what was really going on behind the scenes with Robin and Cardiff in 1977. Some are taken from eyewitness accounts from former players, and a huge one which even the players didn’t know about.”

That huge story in question has been unearthed after being buried for more than 40 years.

It was September 1977 when the local press knew something was amiss with the player who had frequently gone missing since signing for the Bluebirds on December 30, 1976.

Former South Wales Echo journalist Joe Lovejoy speaking to WalesOnline in 2012 paying tribute to City manager Jimmy Andrews who had recently passed away, spoke about Friday’s fractious relationship with the boss, and one incident in particular.

“My abiding memories of Jimmy at Ninian Park concerned Robin Friday,” he said. “The first came when he had called the player into his office for a few words about him going missing.

“Jimmy made a point of clearing everything off his desk before the meeting, particularly the letter opener which was like a large knife. He didn’t want that on his desk in what was likely to be a difficult meeting.

“Then, when Robin seemed to have gone missing again, Jimmy told the press it was because of a viral infection. Then it became Hepatitis. Eventually we found out it was neither – Robin was in Reading jail and Jimmy was trying to protect his player by covering that up.” 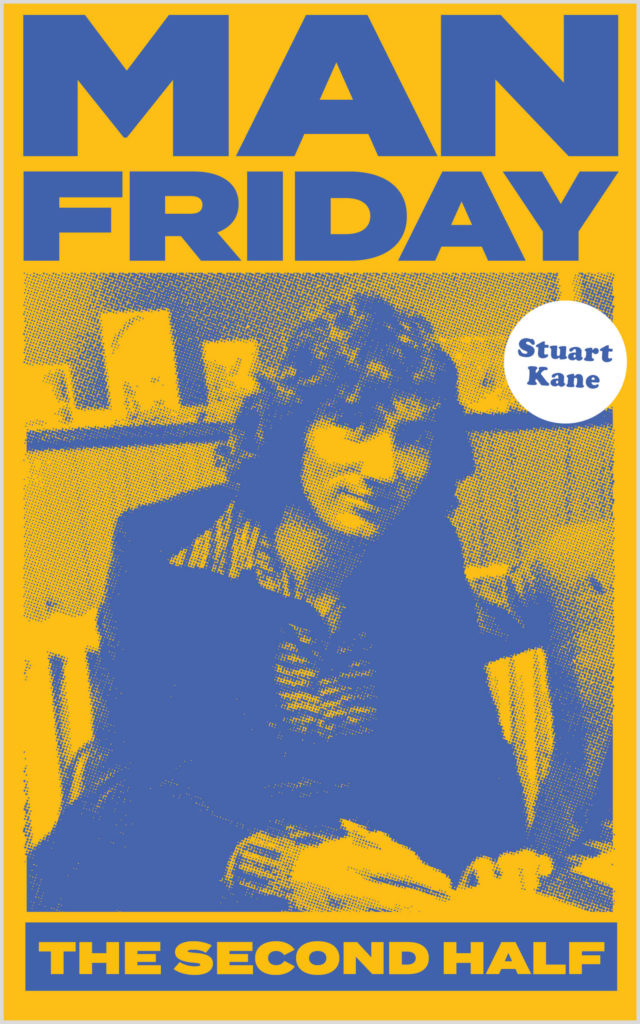 The facts were that Robin was in prison, but it wasn’t Reading, it was Pentonville in London. And the reason he was incarcerated has never been revealed until Stuart unearthed the truth after painstakingly combing through archived documents at Bow Street magistrates.

“As far as the revelations about Robin, the biggest one that I uncovered was that he had been sent down for impersonating a police officer in September 1977 at Piccadilly Circus,” says the author.

“He had made an ID card and was confiscating drugs, but bumped into an undercover officer who rumbled him.

“Basically he would look for a mark, somebody young like a student who would look like they had some drugs on them and he would then shake them down.

“He would tell them he was CID, quickly flash his fake ID card and tell them he suspected they had drugs on them. He’d then make them empty their pockets out and if they had any drugs he’d confiscate them and give them a warning.

“The irony was that he tried this on an undercover officer who spotted the fake card immediately.”

Word quickly got back to Cardiff City manager Jimmy Andrews, who must have been at his wit’s end with a player who caused nothing but disruption since he had joined the club.

However, manager Andrews was loyal to his players and didn’t let anyone know what had happened.

“Robin was sentenced at Bow St and sent to Pentonville on the 22nd September 1977,” says Stuart. “Now, the press in Cardiff knew that something had gone on but no one was really sure – although they knew he’d been nicked.

“Joe Lovejoy pressed Jimmy Andrews but Jimmy told no one that Robin was in Pentonville for a short while before being bailed out. Even the players had no idea about this.”

The relationship between both parties was already severely strained after the culmination of the previous season in May, when Cardiff City lost the Welsh Cup Final 4-2 on aggregate to Shrewsbury. Cardiff won the first game at home 2-1, but lost the away leg 3-0.

In the hours following that defeat, players and staff were awoken in the night by Friday standing on the snooker table of the Prince Rupert hotel in Shrewsbury, in his underpants, launching balls around the room in a blind rage.

Unbeknownst to everyone, except maybe the manager, Friday’s addiction issues and drug use had ramped up a notch over the summer. His behaviour was becoming even more erratic.

“Robin had to keep going back to Bow Street for hearings. He had got into a prescription opiate called Diconal and that’s what caused his escalating problems.

“Over the summer he had split up with his partner Lisa so he was struggling with things going on in his private life, but there were also these mounting addiction issues and he had been sent home ill by the club several times at the start of the season in August.”

After his stint at Her Majesty’s pleasure he returned to Ninian Park.

Intriguingly, on one picture that was published in the local press it appears that felt tip marks have been applied to the photograph.

“Felt tip stripes have been added to his training top, so it looks like Robin is wearing a striped ‘convict’ uniform, under his top,” adds the author, who believes the newspaper was sending a message to the club. “I think this was the newspaper’s way of saying we know he’s been inside, even if you’re not telling us!

Unsurprisingly, the end was near for player and club. 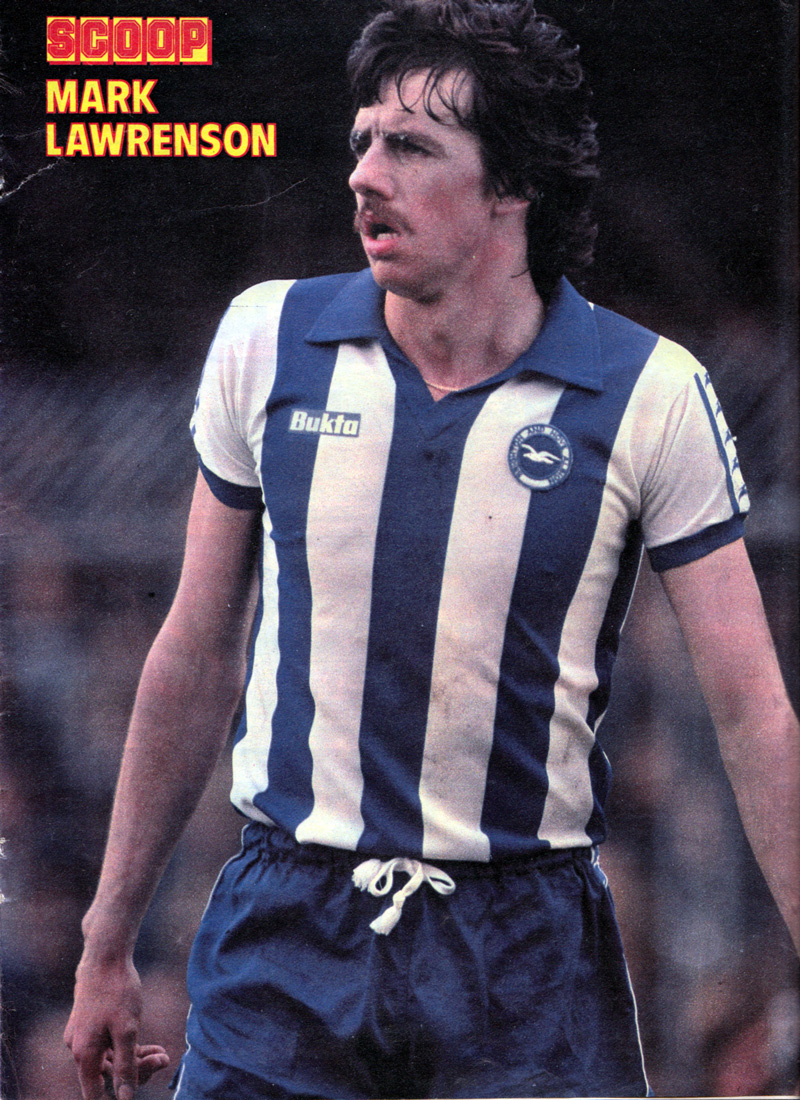 An away trip to Brighton saw the team staying over at the salubrious Grand Hotel on the seafront.

“His wild antics only escalated,” discovered Stuart. “I interviewed (former Cardiff City player) David Giles who roomed with Robin at the hotel that night. He told me how Robin had sent him to the bar to get two bottles of Cinzano Bianco and that in the morning he ripped the chain that was holding the portable TV in place in the room and put it in his kitbag before getting on the coach to the ground.”

Friday’s mercurial genius and petulance would flared up spectacularly when Cardiff took to the pitch at The Goldstone Ground to take on Brighton and Hove Albion on Saturday 29th October 1977.

After several run-ins with Brighton centre-half Mark Lawrenson, who found it difficult to handle Friday, the player now turned TV pundit, brought the Cardiff player down. With both players on the floor an incensed Friday retaliated by kicking Lawrenson in the face.

Legend has it, after receiving a red card in the 4-0 defeat, he broke into Brighton’s changing room and defecated in Lawrenson’s kit bag before leaving the stadium with the game still going on, although this story has been denied by Lawrenson.

Stuart, however, has unearthed what actually happened.

“In a fit of anger and frustration he had gone into the Cardiff changing room and had thrown all his teammates’ clothes into the bath and then stormed out of the stadium,” he says. “The Cardiff players had to borrow Brighton’s training kit for the journey back to Wales.”

It’s widely believed that this was Friday’s final first team game for the Bluebirds, but the author learned that he would make one more appearance for Cardiff City against Bolton Wanderers in a 6-3 defeat on 10th December.

“That was his final first team appearance,” says Stuart. “It was against a Bolton team that included Frank Worthington, Sam Allardyce and Peter Reid. He had a tough afternoon and was taken off around 50 minutes into the game.

“However, that wasn’t his final game as such, he would play a reserve match for Cardiff against Southampton on Wednesday, 14th December, when I believe he got a bit of a walloping in that game.”

By Christmas 1977, the Bluebirds had terminated Friday’s contract by mutual agreement. He’d made 25 appearances for Cardiff, scoring seven goals.

The decline was evident when weeks later, in January 1978 he was again arrested.

“This time it was in Piccadilly Circus underground station,” says Stuart. “He was arrested for attempting to sell Diconal tablets for a pound. He must have been quite desperate at that point and finding things incredibly hard going.”

His is ultimately a tragic tale of unfulfilled talent, but also a life lived large at twice the speed of mere mortals.

“I think my most significant insight was that Robin Friday really did give a f***,” says Stuart.

“That was his problem, he really did. You don’t obliterate yourself if you’re in a good place and that’s what he did – it was his way of escaping.

“In my opinion, he had an addictive personality and, in the end, that’s what caught up with him. It must have been very hard being him sometimes.”

“At the end of the day, he was very much like his hero George Best, but Best got to play at the top of his game, whereas Robin didn’t, and I think that was one of his biggest regrets.”

For Reading and Cardiff fans, Robin Friday remains the ultimate cult hero. Those lucky enough to witness his talents on the pitch did not forget them easily.

When former Reading boss Maurice Evans told him he could play for England if he’d calm down a bit, Friday replied: “I’m half your age and I’ve lived twice your life.”