‘S4C have been too popular for their own good’, says top rugby writer on Amazon deal

A top rugby writer has said “S4C have been too popular for their own good” after it was refused permission to broadcast Wales’ autumn internationals.

Veteran journalist, Peter Jackson, who writes for The Rugby Paper, was responding to the news that the rugby fixtures will be taken off terrestrial TV for the first time by Amazon.

Amazon has confirmed that it will run its own Welsh language feed of fixtures, while S4C will be allowed to broadcast a 40 minute extended highlights show after the final whistle.

The tech giant started broadcasting live rugby last year with the Autumn Nations Cup and at that time it gave S4C the right to broadcast Wales’ matches.

But according to Jackson “Amazon were staggered” by how many people had tuned in to watch Wales v England at Llanelli on the Welsh language broadcaster.

He made the comments during an interview with Justin Webb about the broadcast deal on the Today programme on BBC Radio 4.

Sarra Elgan will lead the S4C presentation team during the series, with Gareth Charles in the commentary box and Rhodri Gomer the pitch-side reporter and analysis will again come from Shane Williams, Gwyn Jones and Nigel Owens.

Peter Jackson told Today: “Well I Think historically Wales has always relied on a hefty working class fan base. I mean back in the glory days the Welsh Rugby Union were able to say ‘we have the cheapest tickets, and we provide the best rugby’. Those days have long gone.

“But there is a sense among perhaps older fans that there is now a disconnect, that the prices have rocketed way beyond their pocket, put them out of the game now. Of course they’re no longer able to watch free to air coverage of the Wales team.

“This decision by Amazon, Justin, was made as I understand it some weeks ago, and during the interim S4C the Welsh language broadcaster has been trying in vain to strike, salvage some sort of a deal.

“In a sense S4C have been too popular for their own good because when Amazon entered the sports market and rugby in particular this time last year to cover the European Nations Cup, they agreed to let S4C to carry on with their usual live coverage.

“Now, when England played (against Wales) at Llanelli last November, Amazon were staggered subsequently how many had actually watched that game via S4C. Not unnaturally they said ‘hang on a minute, these people, many of whom will have been based in England, ought to be our subscribers. Instead they’re watching it for free.'”

Justin Webb said: “It’s fair to say they’ve stuck quite a lot of money in, haven’t they too? I mean they want something back for an investment that can be used by rugby.”

Jackson replied: “Yes indeed and I mean it’s round about circa £20m a season for the autumn series which comes up with 17 matches. The only exceptions are Ireland who have their own arrangements with different channels. But they will come into the fold next year.

“And also what those fans who subscribe to Amazon like about it is they say: ‘Look, it’s a good deal. It’s cheaper than Sky, cheaper than BT, and this is the age we’re living in, and we’re happy to go along with it.”

Justin Webb said: “The whole thing is a money-making venture is it?”

“Yes, and the biggest money-making venture of all is the opening game with New Zealand on October 30. That is a test match that is played out of the window set aside by World Rugby for test matches, which means that Wales go into it without their English-based contingent. In all I think they are without 21 player due to unavailability and injury.

“The All Blacks will command an appearance figure as I understand it of around about £2m, even allowing for that, the Welsh Rugby Union with a sell out 74,500, will still make a handsome £3m, £4mprofit. So you can understand why given the ravages of the pandemic.”

“As the only free-to-air broadcaster with extended same-day highlights of every Wales game in the Autumn Nations Series, we’ll be on the air an hour after the final whistle of the matches with all the action and reaction.”

Alex Green, managing director of Prime Video Sport Europe, said: “We are always looking to offer more choice to Prime members in how they are able to watch live sport on Prime Video and it was important for us to deliver a Welsh-language feed for the Autumn Nations Series.

“This additional viewing experience will bring our world-class production to Welsh language households across the UK, whether they are watching live, catching up on-demand or viewing the highlights on S4C.”

Ben Morel, CEO of Six Nations Rugby, said: “We are delighted that Amazon have developed a Welsh language programme to enable viewers in Wales to watch the Autumn Nation Series in the language of their choice.

“This is the first time a commercial broadcaster has invested in a Welsh language option and we would like to thank Amazon for their commitment and support of the Welsh audience. We also welcome the partnership between Amazon and S4C, enabling a highlights programme on the free-to-air platform.” 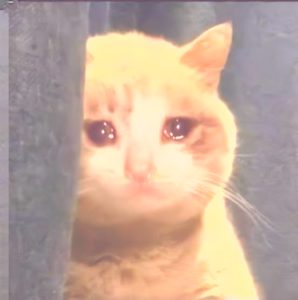 So, who is everyone elses favourite illegal streaming website? There is no way in hell i’m buying a subscription I don’t want just to watch a few rugby games and I think Amazon will be surprised also when everyone else does it. The reason it was more popular on S4C was because its free to watch and this will be Amazons downfall on the subject.If we can’t watch our national team by normal means and on a free to air channel, then rugby will fall even further into the gutter in Wales. It was already usurped by football years ago… Read more »

I think you go a little too far with the comments about imperialism. Rugby remains a working class sport throughout Wales, particularly in local rugby clubs the length and breadth of the country. What cannot be denied is the extortionate prices of international rugby tickets. The other problem with this deal is that most local rugby clubs will not be able to show the game on TV. At least with Sky you have the option of watching in a pub or club because they already have a contract. Most pubs and clubs don’t have contracts with Amazon and, I’m guessing,… Read more »

They have the British army there every game saluting mountain goats, its mainly played by rich white people in Englands ex colonies, the fact that they allowed our Rugby 7’s team to be swallowed up by the British and we have no Rugby 7’s team left (even though we were world champions a decade ago), they have an English royal as their patron and their emblem is that of an English prince with the German language on it instead of ours. To me that’s reeks of imperialism and shows me where the game originated and how they tried to deny… Read more »

I always prefer the (probably apocryphal) story that Ich Dien was actually a mishearing of the Welsh Eich Dyn (Your Man) which would not make the emblem lob or lopsided. Perhaps the Prince would have been more popular if he really had been ‘ein dyn’!

Try, ich dien, crafwr tin,
which suits the WRU to a T.

All those named as ‘commentators’, ‘expert analysers’, ‘carpetbaggers’ etc. are now guilty of selling their souls to Beelzebub and can got to Hell with him….

The real fans always suffer. Rugby is going the same way as football. Them & us. The Six Nations is next.

Rugby in Wales, at international level ,has out priced the supporter who goes to watch local or village rugby for years. It is now a day out for people who have no interest in club rugby, or any rugby, but go to a game for the occasion. At one International a friend of mine attended the woman sat in front asked her husband” who is playing” he said Wales and Argentina, to which she said, ” and what colour are we”. Says it all. The last game I attended I took a grandson, and tickets alone cost me £90. never… Read more »

I was considering getting Prime via her indoors who joins and leaves on a monthly basis but thank heavens Wayne Pivac has saved me the bother with an utterly appalling selection.
Also much gratitude for him not selecting too many Ospreys and wasting their time.

I think the fact a big company like Amazon picking up a Welsh broadcast is pretty big. That said, there’s something to be said about how free access to entertainment in the medium of Welsh is vital to it’s spread and adoption.

We shouldn’t be too tantalised by Americans buying rights and investing into (from their view) our niche market.

If Amazon has poached the rugby from S4C by outbidding it, then why are S4C saying:

“S4C is delighted to partner with Amazon Prime”?

Surely Jeff Bezos’s ego isn’t so big that the terms of the deal allowing them to show highlights requires S4C coming out with obsequieous servile lines like that?

As I’ve said before, there is an F in WRU.

If this is how the WRU are going to behave then sod the lot of them. Gaelic football and hurling anyone?