Wrexham football shirts are changing hands for hundreds of pounds on eBay after the success of Welcome To Wrexham.

Last week it was reported by the Daily Post how demand for Wrexham AFC merchandise saw a huge spike following the release of each new episode of the docuseries charting the fortunes of the football club under the co-ownership of Rob McElhenney and Ryan Reynolds.

To measure the impact the documentary is having on American viewers, the data science team at Pattern, a global e-commerce firm, analysed consumer demand for Wrexham AFC products on Amazon every day of the year so far.

The analysis found that, on average, daily demand for Wrexham gear spikes 47% each week the day after new episodes drop. Demand for Wrexham football shirts saw the largest boost among all products, with an average increase of 113%.

In terms of popularity, Wrexham home shirts were comfortably the most searched-for item, with club T-shirts in second place – seeing a 64% increase the day after new episodes are released. Wrexham AFC hats were the third most popular item, seeing a 28% increase. 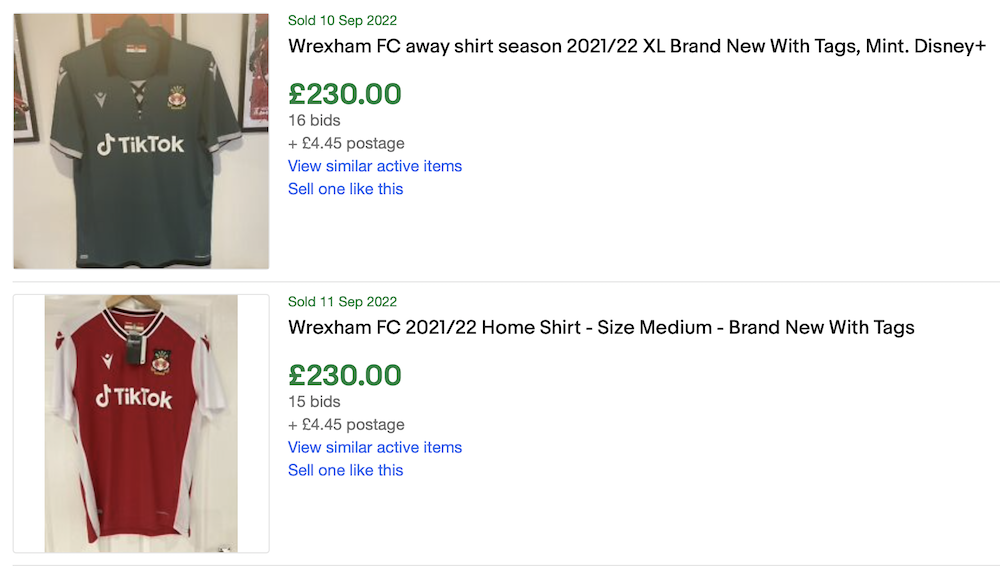 That huge demands has seen sales of club shirts soar, with the new home shirt sold out on the club website, while sales of last season’s home and away shirts, the kits currently featuring in the latest episodes of Welcome To Wrexham, are going for hundreds of pounds on auction website eBay.

And it’s not just those prized replica kits selling for hundreds, past Wrexham shirts have also been changing hands for an inflated price.

It’s thought this trend will only increase as more viewers from around the globe tune into the hit TV series.

Social media has seen more and more new fans pledging their allegiance to the club who currently lie in second place in the National League. 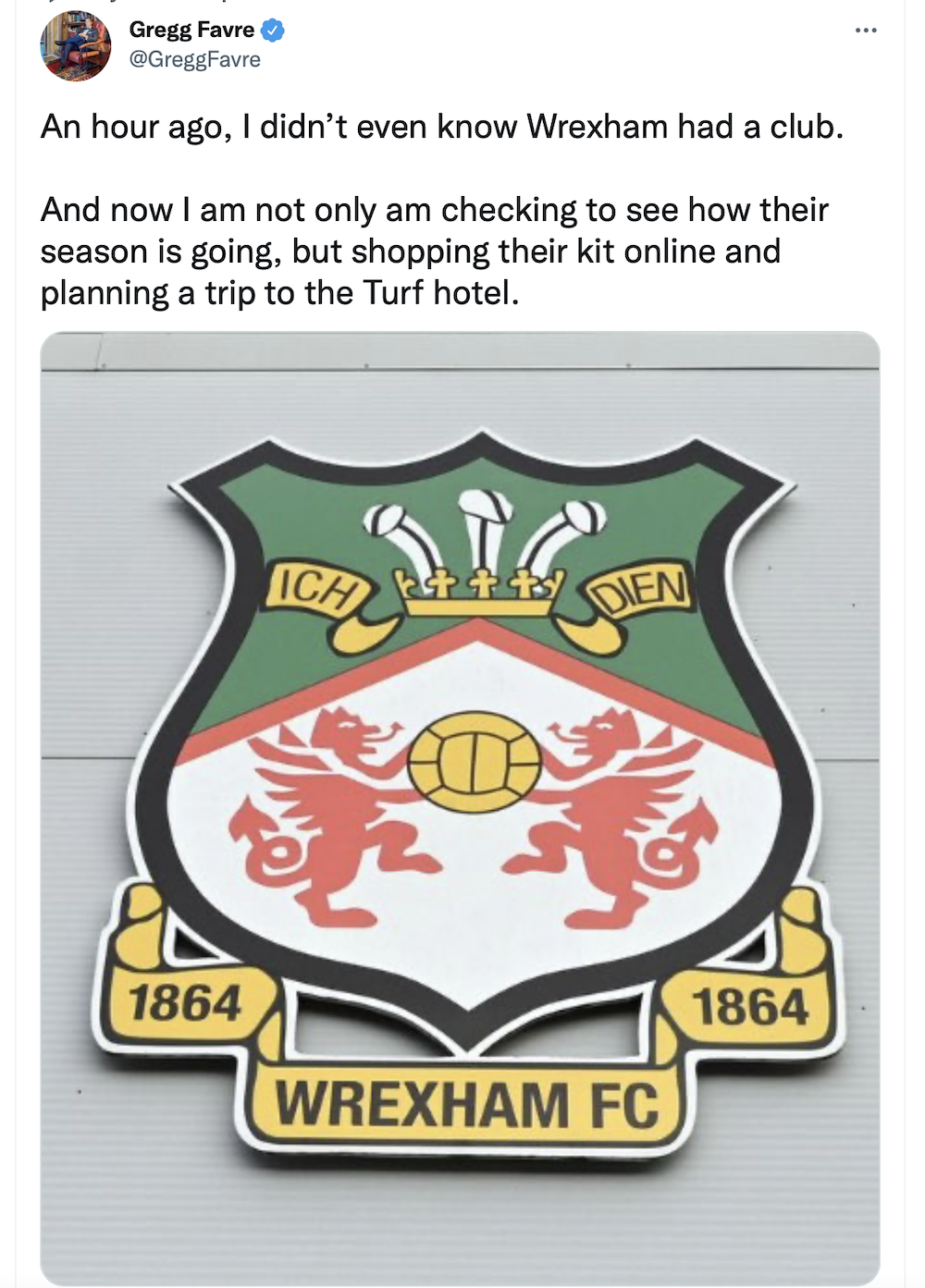 The latest episodes of Welcome To Wrexham have proved hugely popular.

Episode 7 is a Welsh special, which consists of Rob McElhenney and Ryan Reynolds indulging in what amounts to a massive advert for Visit Wales. That includes amongst other things a history lesson, a cookery lesson and a Welsh language lesson.

It also contains Charlotte Church blowing the pair away with spine-tingling renditions of Men of Harlech and Hen Wlad Fy Nhadau.