The uniform that athletes representing Wales at the Commonwealth Games will be wearing have been unveiled – and they’re certain eye-catching.

Designed by Welsh fashion legend Julien Macdonald, he has certainly put his trademark flamboyant stamp on the outfits which Team Wales will wear at tomorrow’s opening ceremony in Birmingham.

The event kicks off on with a spectacular ceremony at the 30,000-capacity Alexander Stadium in the city. And Wales’ sporting stars will be on show in the bold formal wear.

The design was inspired by the Welsh flag, with the dragon appearing on the shoulder of the smart suit as well as the elaborate tie. The Welsh messaging is carried deeper into the overall design, with Clogau Gold designing a bespoke pin badge to compliment Macdonald’s creation. 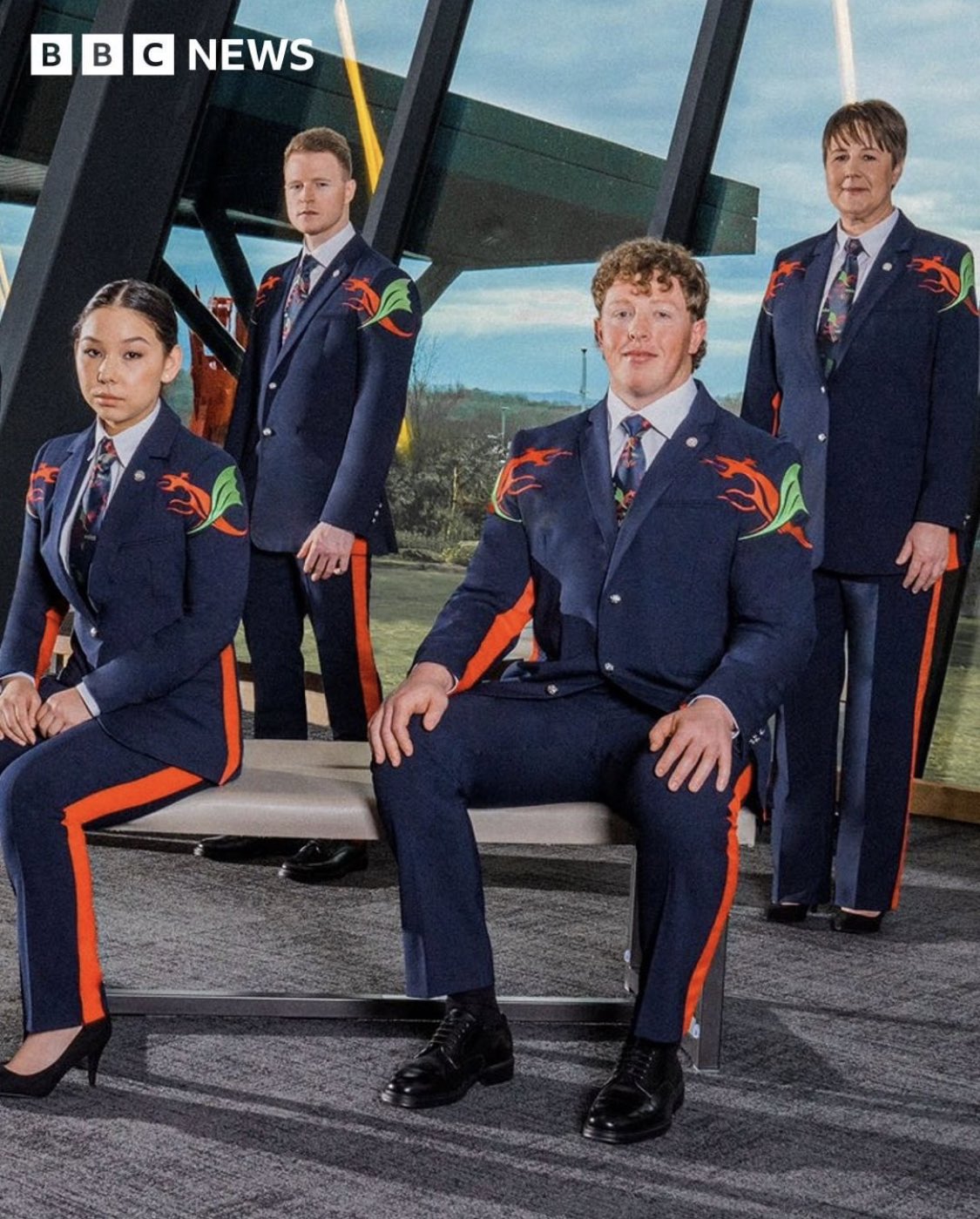 The opening ceremony’s producers include Stephen Knight, creator of Birmingham’s most famous TV series Peaky Blinders, with Prince Charles set to be in attendance. He will read a message from the Queen put in the Commonwealth Games Baton, which has been carried to all of the 72 nations and territories of the Commonwealth during a 294-day journey.

Macdonald said: “It’s so exciting to be part of such an important project and to work closely with the athletes of Team Wales. It has been such an incredible experience. Overall, the design is something that is very Welsh and includes many Welsh symbols and colours that represent Wales. It’s something that I’ve really enjoyed doing and obviously I’ve added a touch of Julien Macdonald glamour.“

Meanwhile, two Fashion Design students at the University of South Wales (USW) designed leggings for Team Wales athletes – made from sustainable materials – to wear at the Birmingham 2022 Commonwealth Games.

Bethan Jones and Olivia Soady, both in their final year, won a design competition set by Commonwealth Games Wales in partnership with USW.

The students worked closely with Onesta, an award-winning sustainable clothing brand based in Llanelli, to bring their designs to life, and in total, Onesta manufactured 360 pairs of leggings for Team Wales.

They were officially revealed last week when the Queen’s Baton Relay passed through Llanelli and stopped at the Onesta studio, where the baton-bearer, Wales Women’s rugby international Jasmine Joyce, modelled the Team Wales kit.

Team Wales is one of only six nations that has competed in every Games since it began in 1930, then known as the Empire Games. The Birmingham 2022 Commonwealth Games, which will be held from July 28 until 8 August 8.

They look like members of the Coldstream Guards in those outfits! Who on earth thought this was a suitable outfit?

Look like it was based on a 1960’s bus conductors uniform.