A football mad designer has combined his love of the sport and graphic art to design a range of shirts for an imagined Welsh league consisting of the 22 counties of Wales.

“Initially the project started in lockdown in 2020, when there was no football being played at all,” said the concept creator, Ben Tyler. “I came up with the idea of creating a virtual league with 22 counties competing and then I’d simulate it through Football Manager and post the results.

“As a graphic designer I was actually more interested in how each County would look and its branding.

“My approach is to imagine how the 22 counties of Wales would look if the league was structured like the MLS with franchises.”

Following a little historical research he devised the concept kits.

“I started by researching each county and see where I could take inspiration from for its name and colours,” said Ben.

“So fast forward to now I wanted to rekindle the work I initially put in and try and see if there was appetite for the branded teams with kits, so now I am redesigning each teams kits and making a series.

“I am trying to look at where I can take them after posting all the kits and how to develop them further.

“I may put a few voting polls together to see which kit the community prefers overall and which team comes out on top out of the 22.”

Ben talks us through each kit in the Wales 22 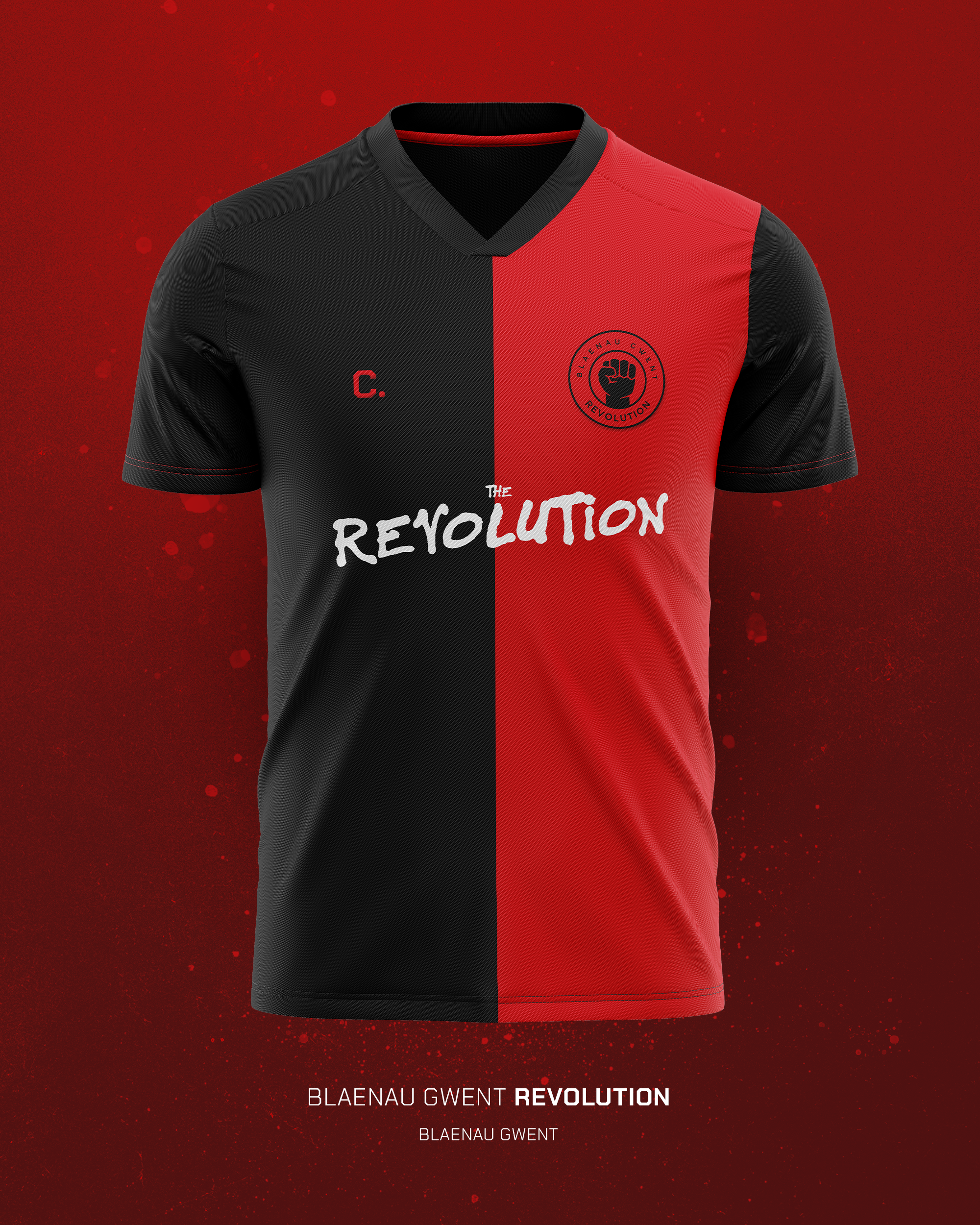 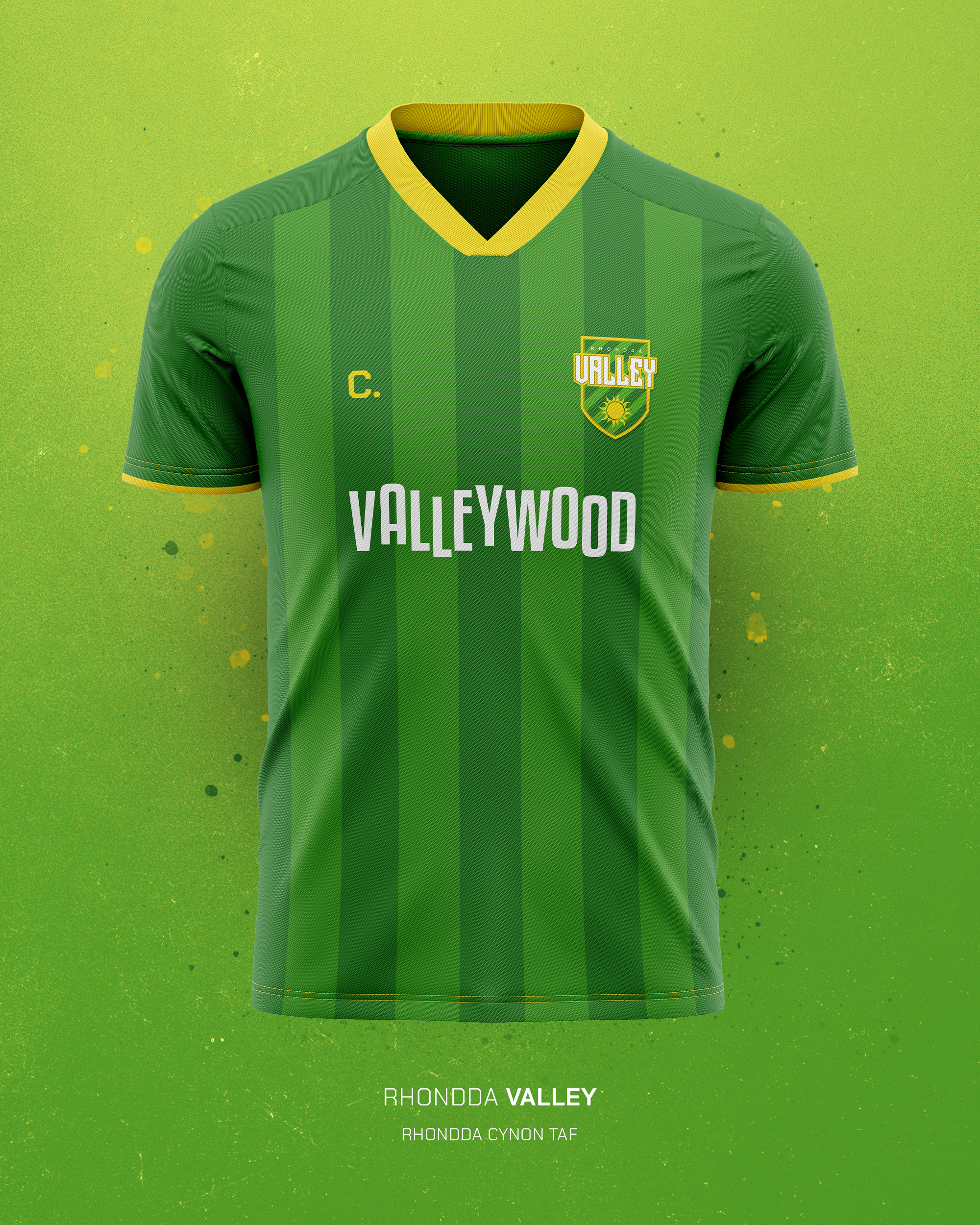 The county of Rhondda is dominated by the Valleys of Rhondda Fawr and the Rhondda Fach. Which is how the team was named, Rhondda Valley. 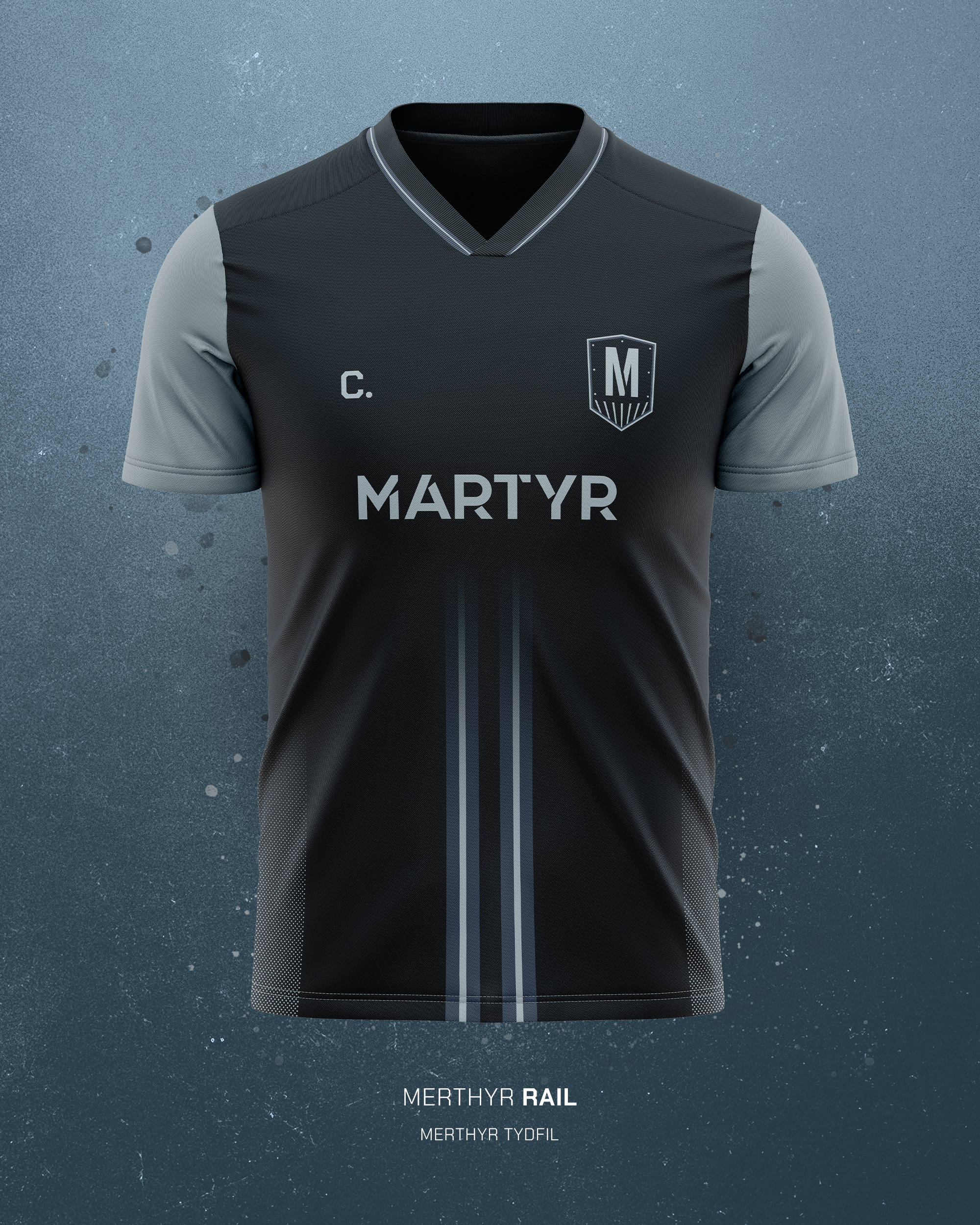 The Rail are inspired by the Brecon and Merthyr Railway Company which was established by a Bill of 1859, it finally closed in 1964. This Railway fought its way through the Brecon Beacons using steep gradients to the summit at Torpantau 1313-ft above sea level. 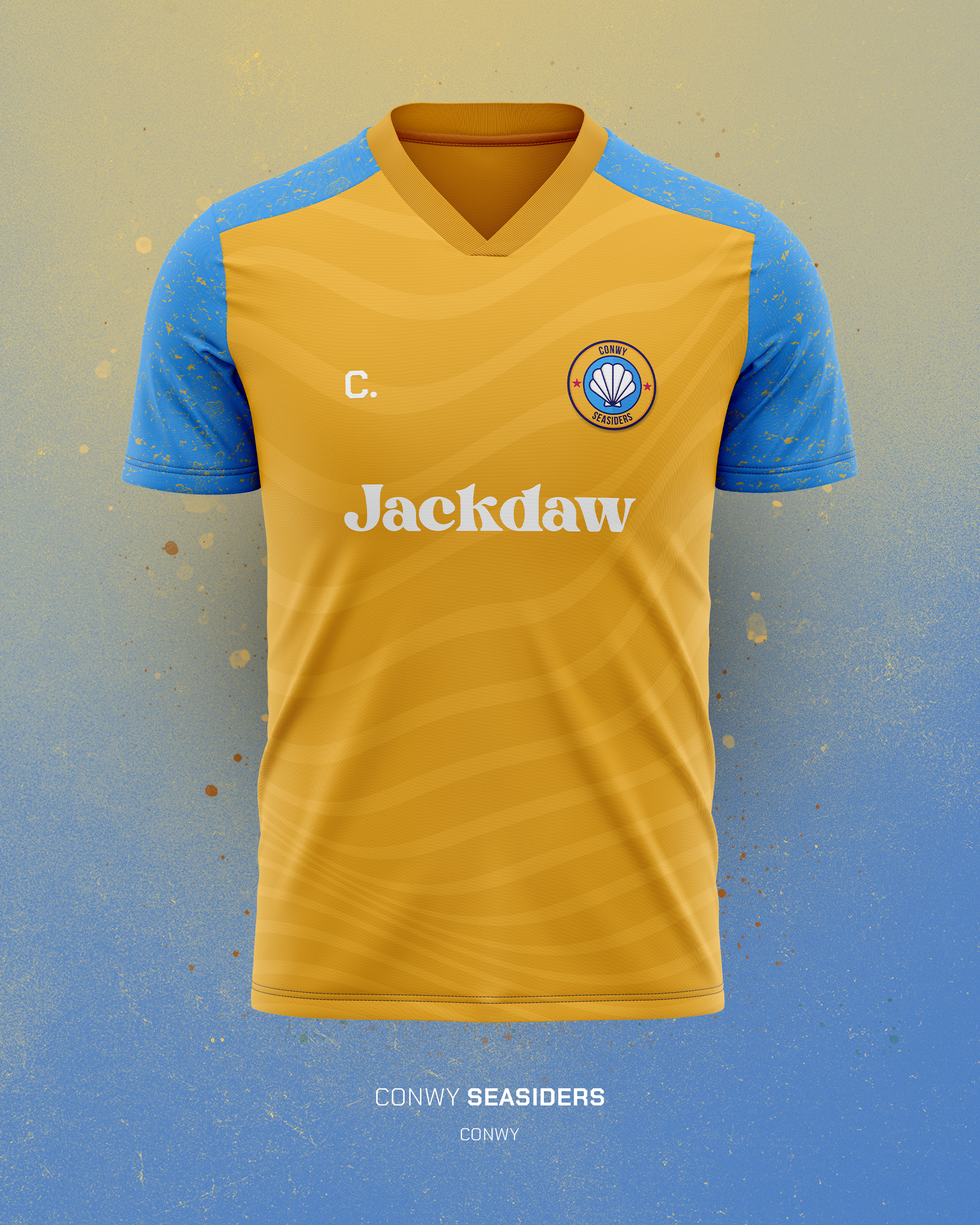 Conwy is known for its seaside towns from Llandudno to Colwyn Bay. What better way to celebrate these beaches than to name the team after them. 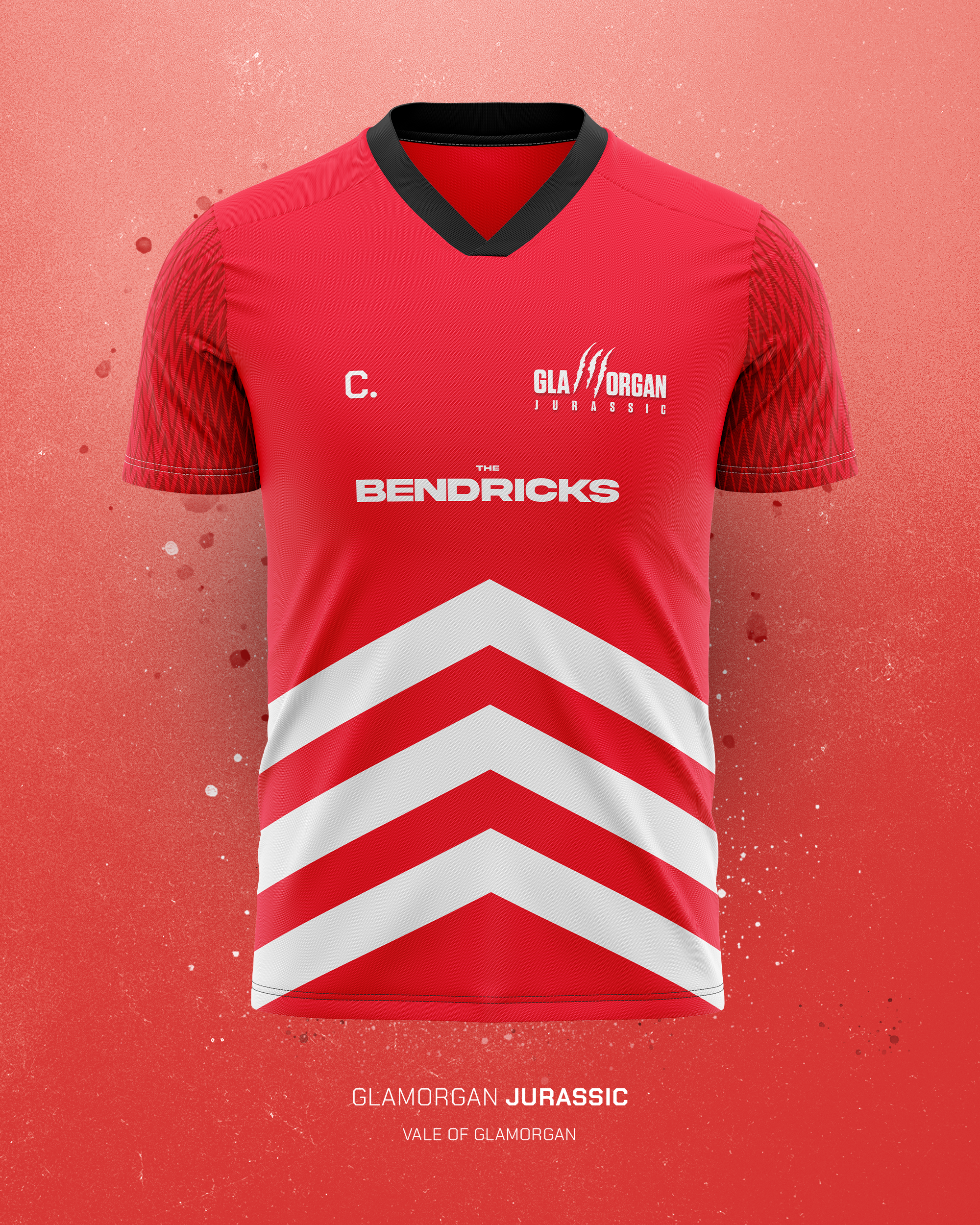 The cliffs and beaches along the Glamorgan Heritage Coast are packed with secrets of the past. Walk through antiquity along the coast and discover fossils from the Jurassic era. 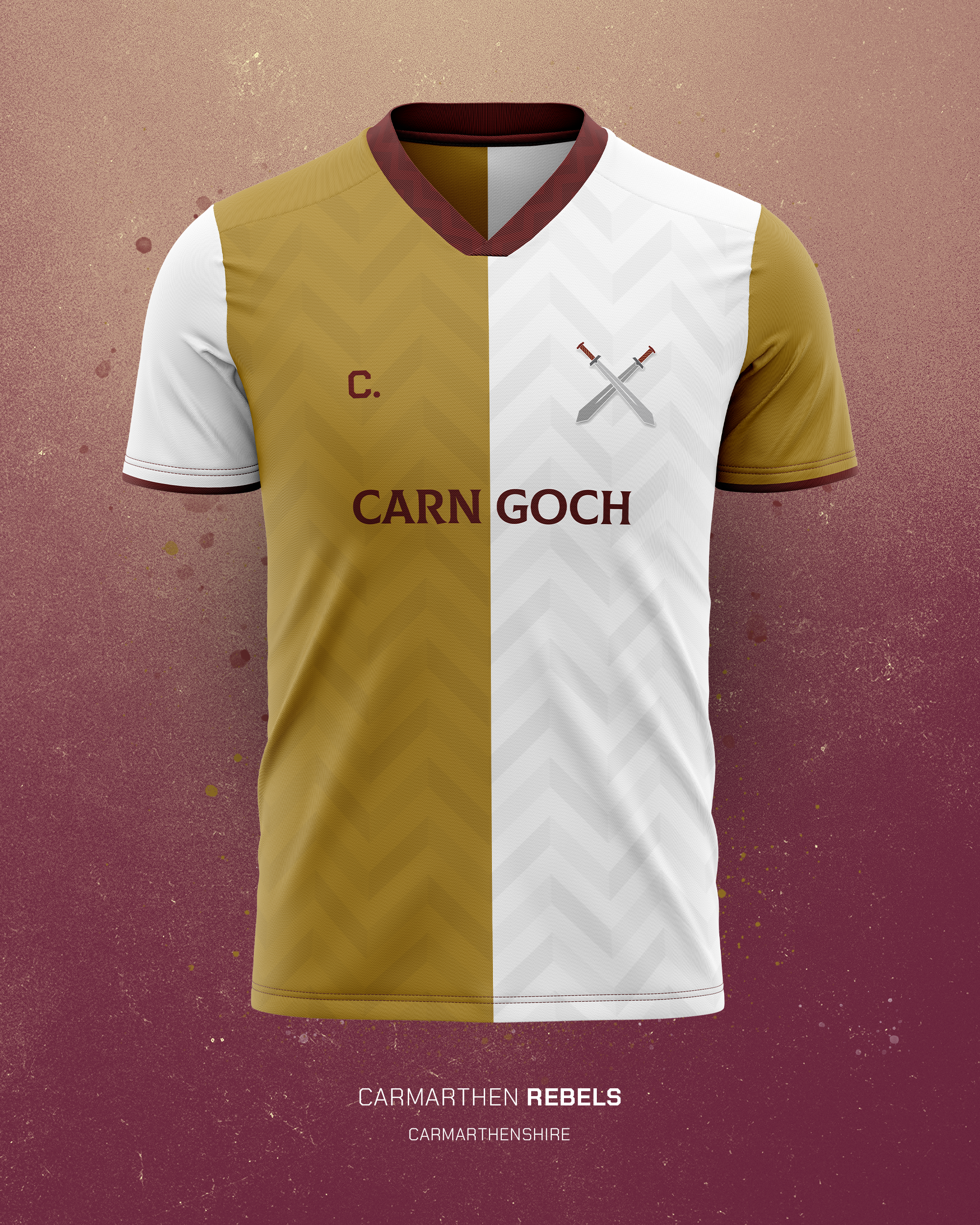 After invasion by the Normans in the 12th and 13th centuries Carmarthenshire was subjugated, along with other parts of Wales, by Edward I of England. There was further unrest in the early 15th century, when the Welsh rebelled under Owain Glyndŵr. 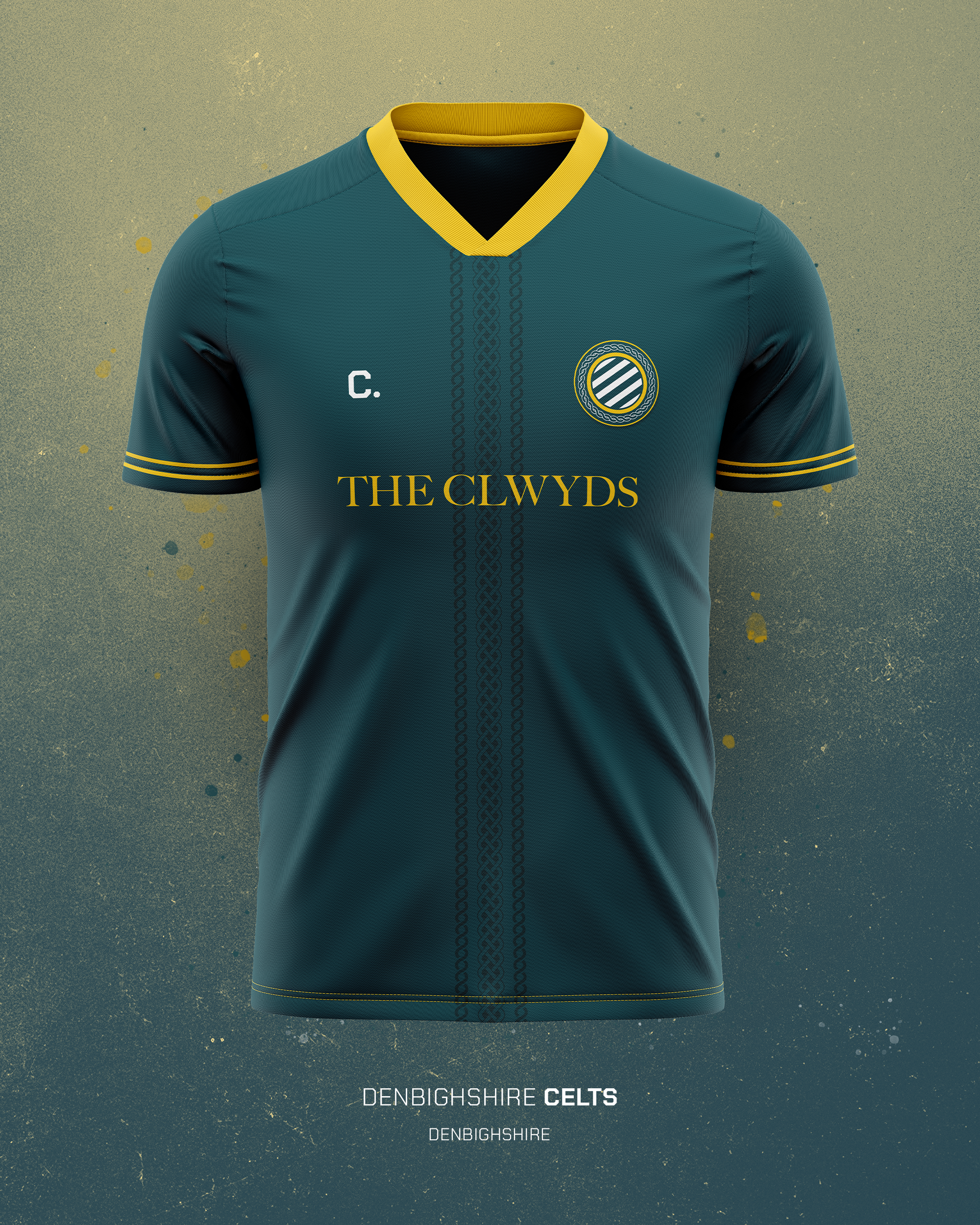 The Deceangli or Deceangi were one of the Celtic tribes living in Britain, prior to the Roman invasion of the island. The tribe lived in parts of North Wales including Denbighshire. 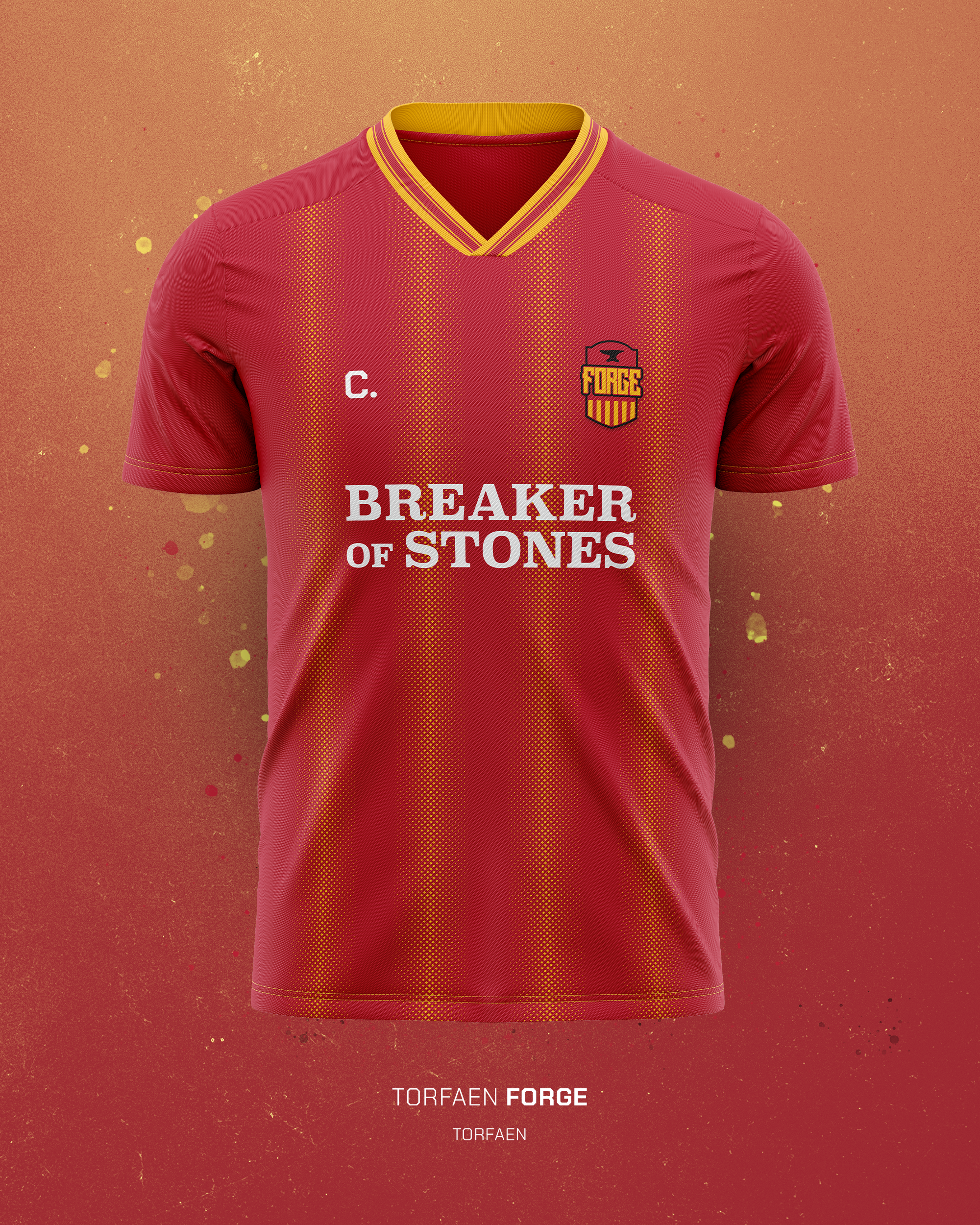 A blast furnace was in use at Monkswood, near Pontypool, from as early as 1536 and was followed by the erection of other blast furnaces in the area surrounding Pontypool. An ironworks was established in what later became Pontypool Park in c. 1575. Forges, where cast iron could be converted into wrought iron, were also developed and included Town Forge within Pontypool, which was in operation during the last quarter of the sixteenth century, and the Osborne Forge, near Pontnewynydd, which produced the renowned Osmond iron. 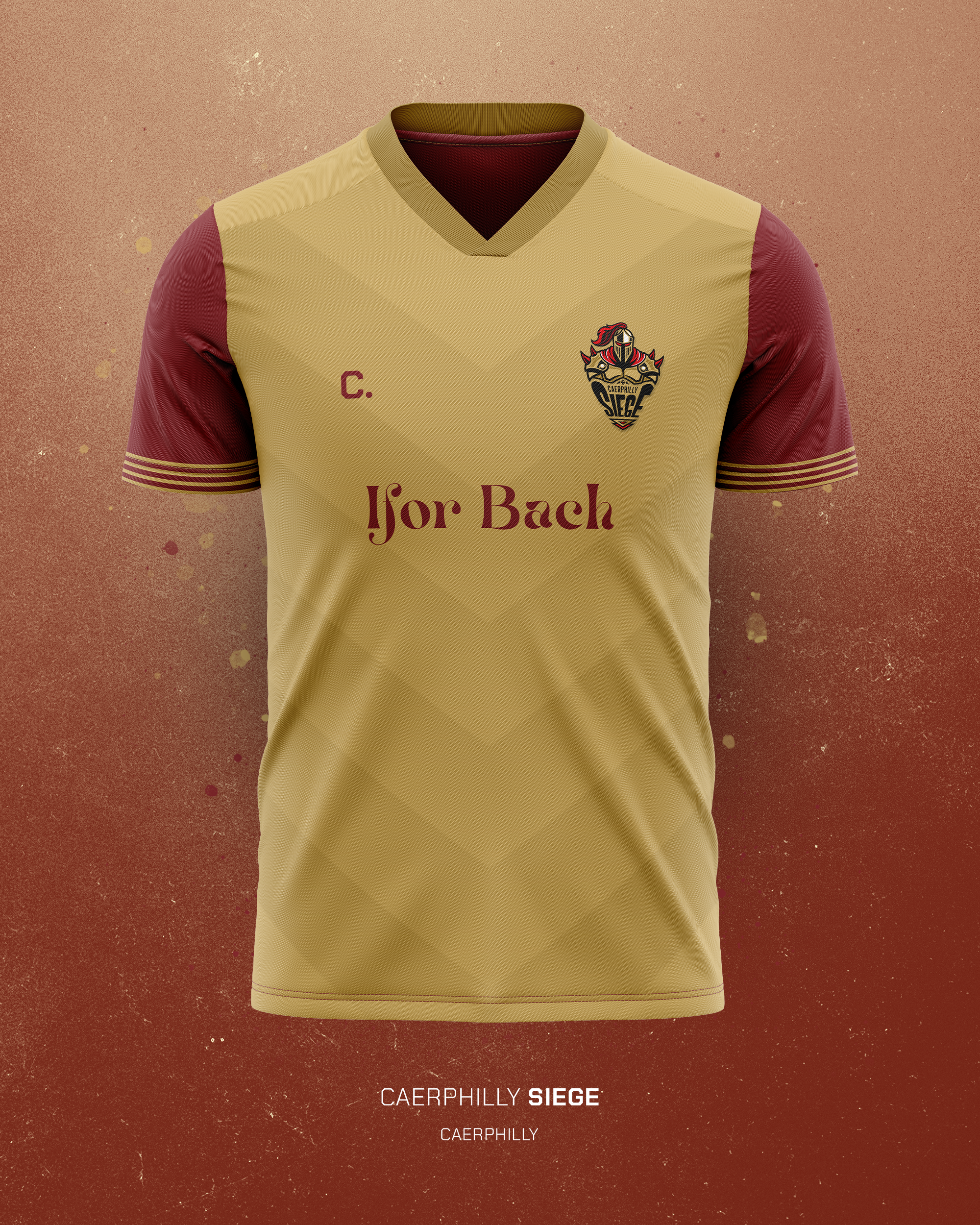 The Siege is named after the famous Caerphilly Castle which has seen extensive battles over the centuries. 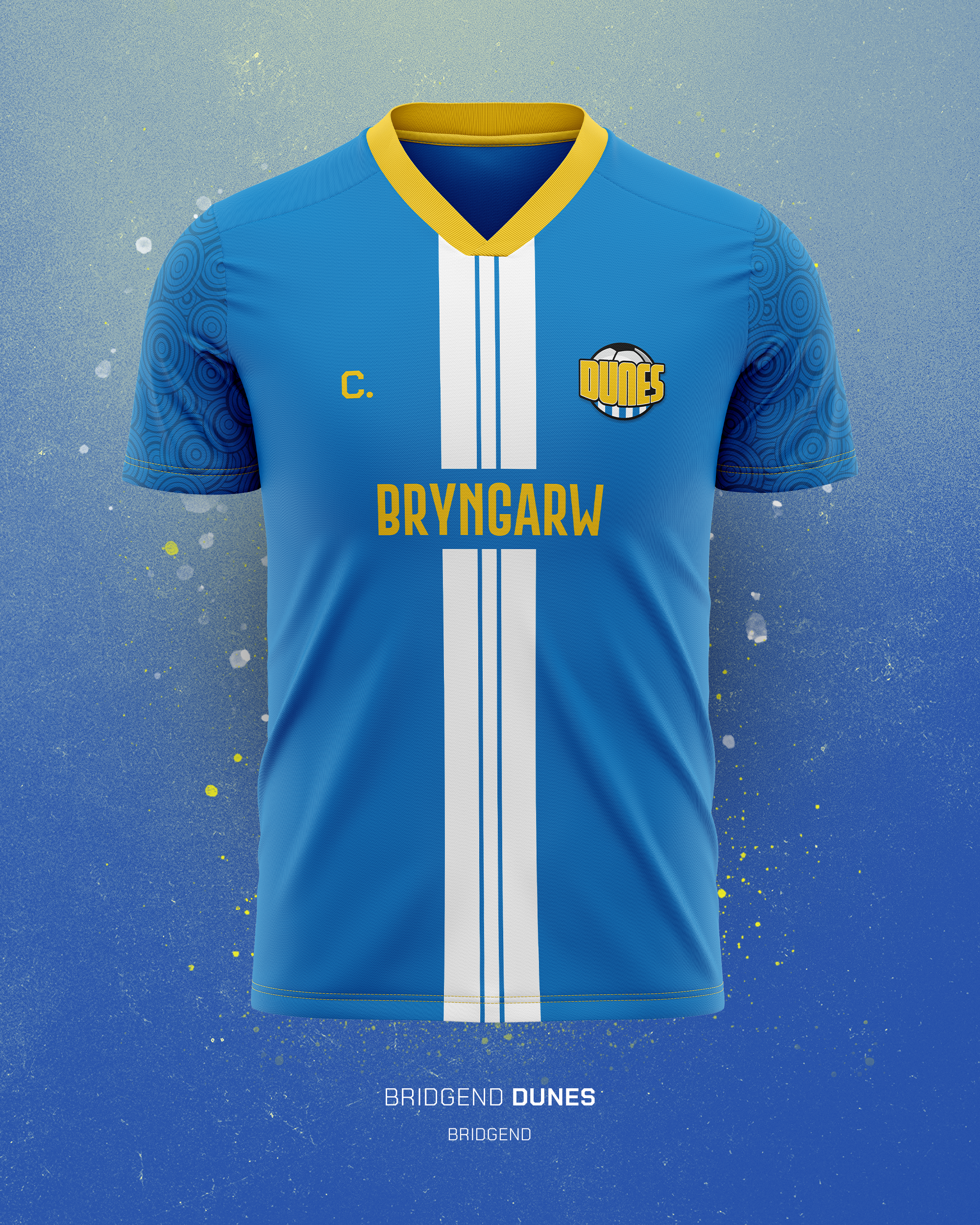 Merthyr Mawr Sand Dunes are sand dunes and a Site of Special Scientific Interest in Bridgend. The largest dune at the site is known as The Big Dipper and is the second-largest of its kind in Europe, measuring around 200 feet (61 m). The dunes at Merthyr Mawr were used during the filming of Lawrence of Arabia 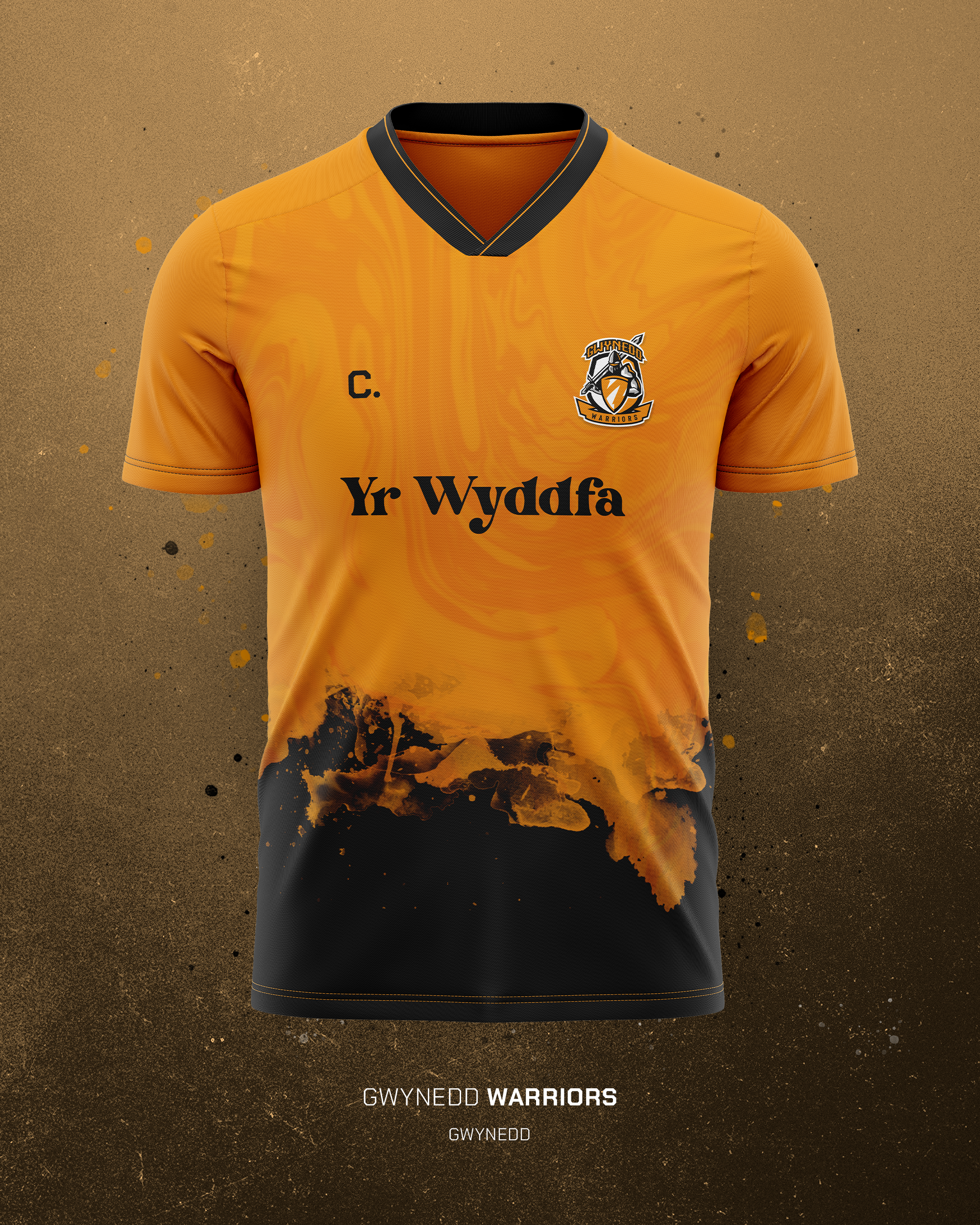 Noteworthy descendants from the Kingdom of Gwynedd include royalty such as Owain Glyndŵr. The Welsh were revered for the skills of their bowmen. Additionally, the Welsh learned from their Norman rivals. During the generations of warfare and close contact with the Normans, Gruffudd ap Cynan and other Welsh leaders learned the arts of knighthood and adapted them for Wales. 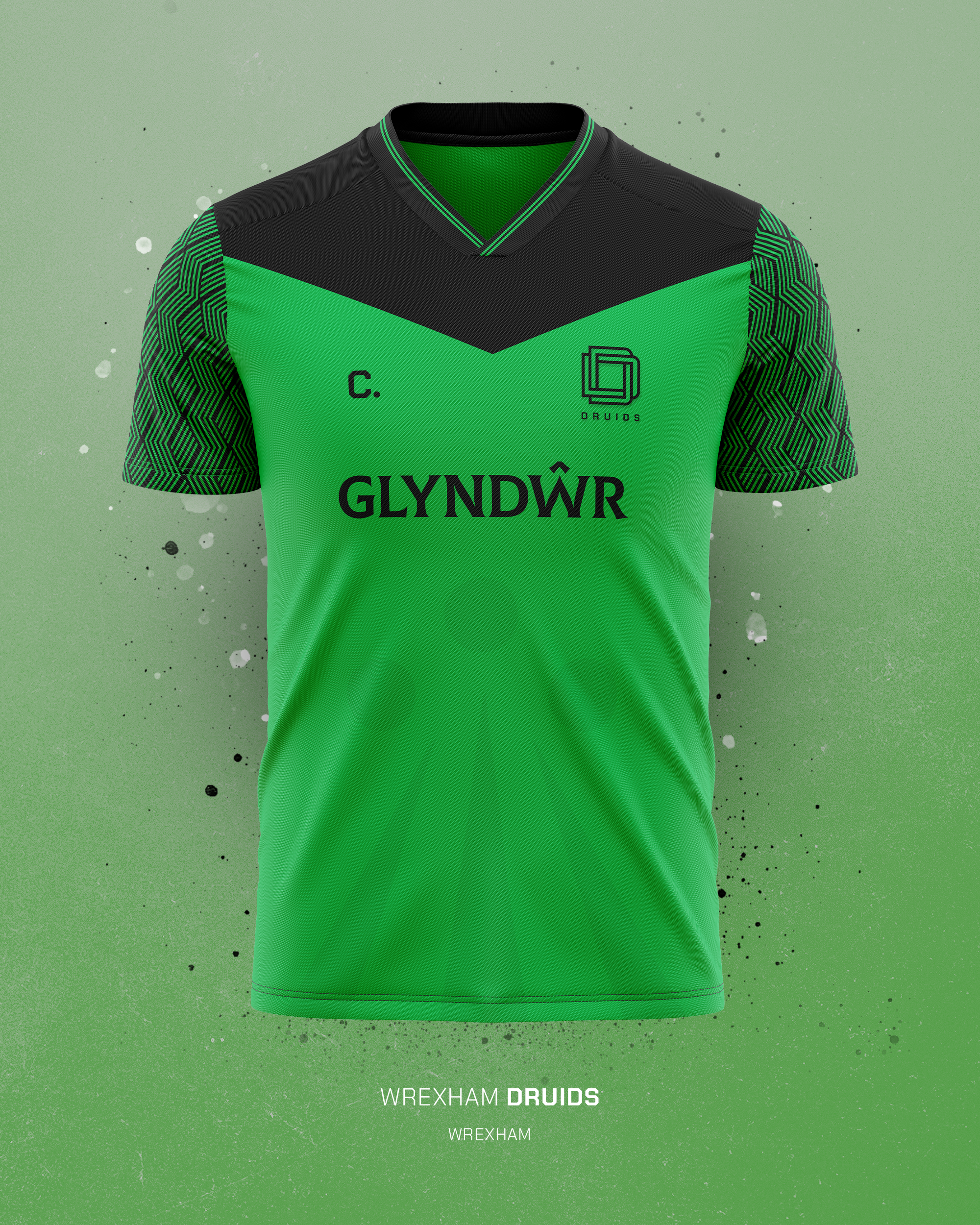 North Wales is absolutely scattered full of old sites and stone circles, as Welsh Druidry breathes and changes with the very landscape from which it springs. 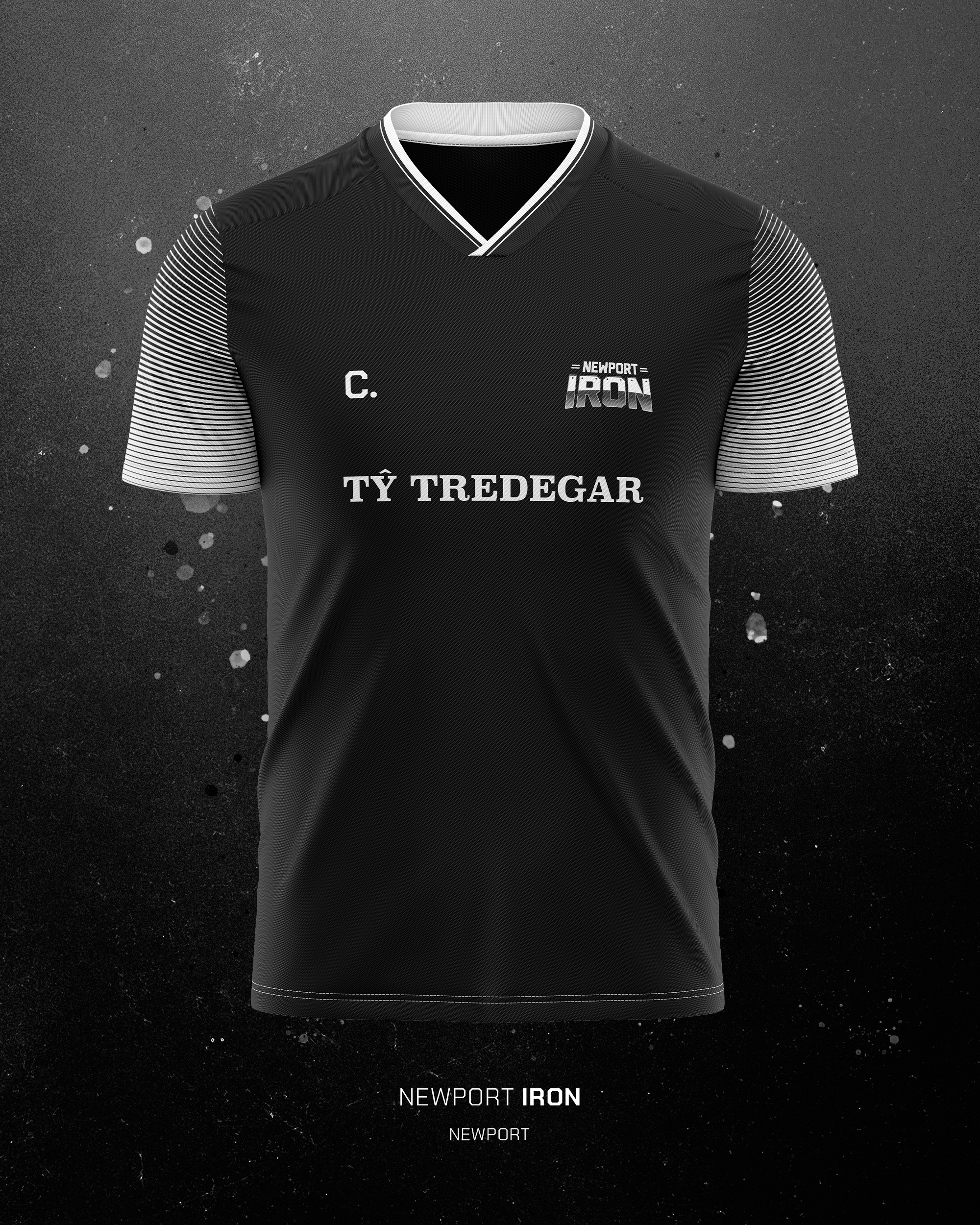 As the Industrial Revolution transformed Britain in the 19th century, the South Wales Valleys became key suppliers of coal from the South Wales Coalfield, and iron. These were transported down local rivers and the new canals to ports such as Newport, and Newport Docks grew rapidly as a result. Newport became one of the largest towns in Wales and the focus for the new industrial eastern valleys of South Wales. 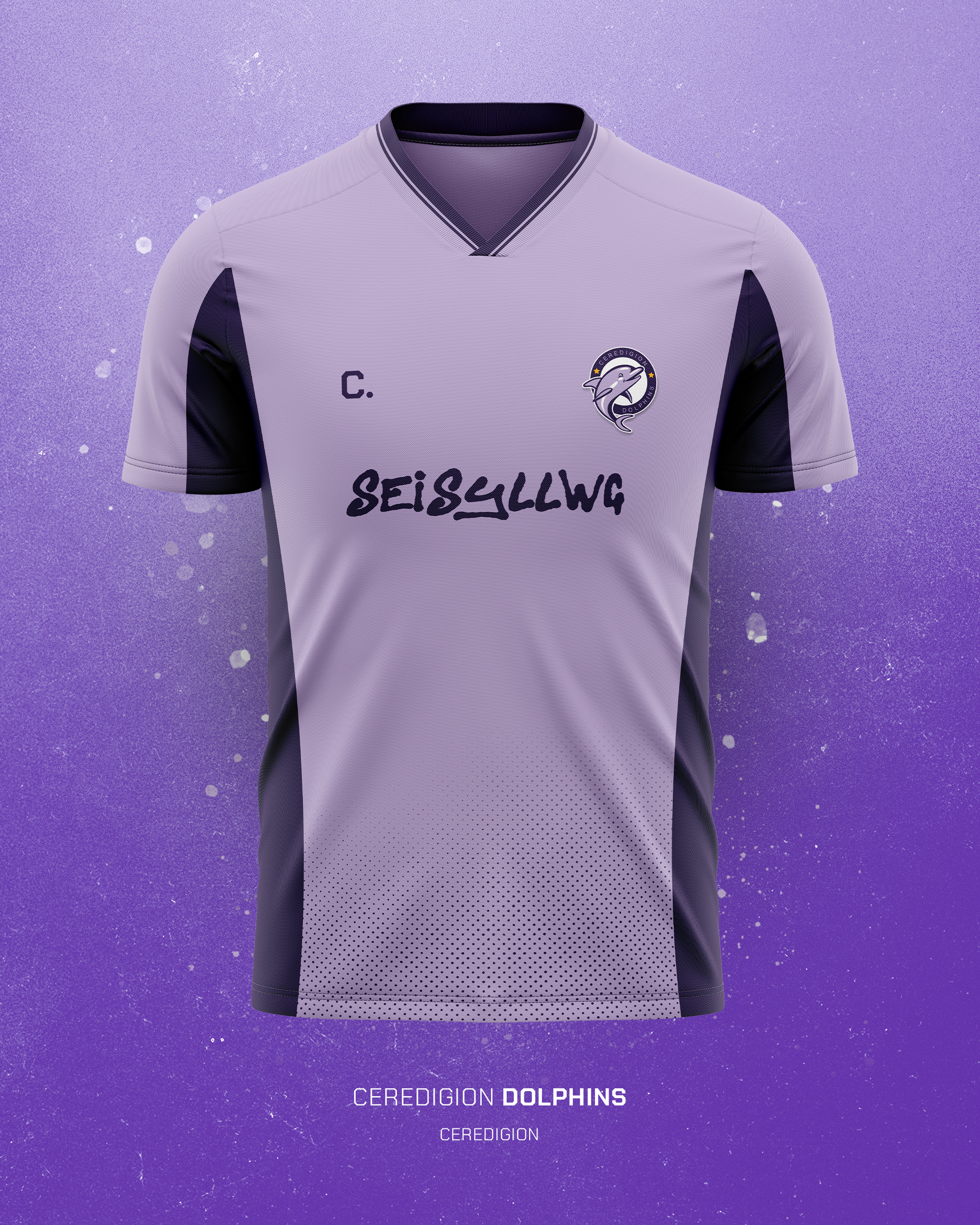 The stunning coastline of Cardigan Bay has the largest population of dolphins in Europe and is the best place to spot one. It boasts more than 60 miles (96km) of coast, 30 beaches and a bottle nosed dolphin population of more than 250. 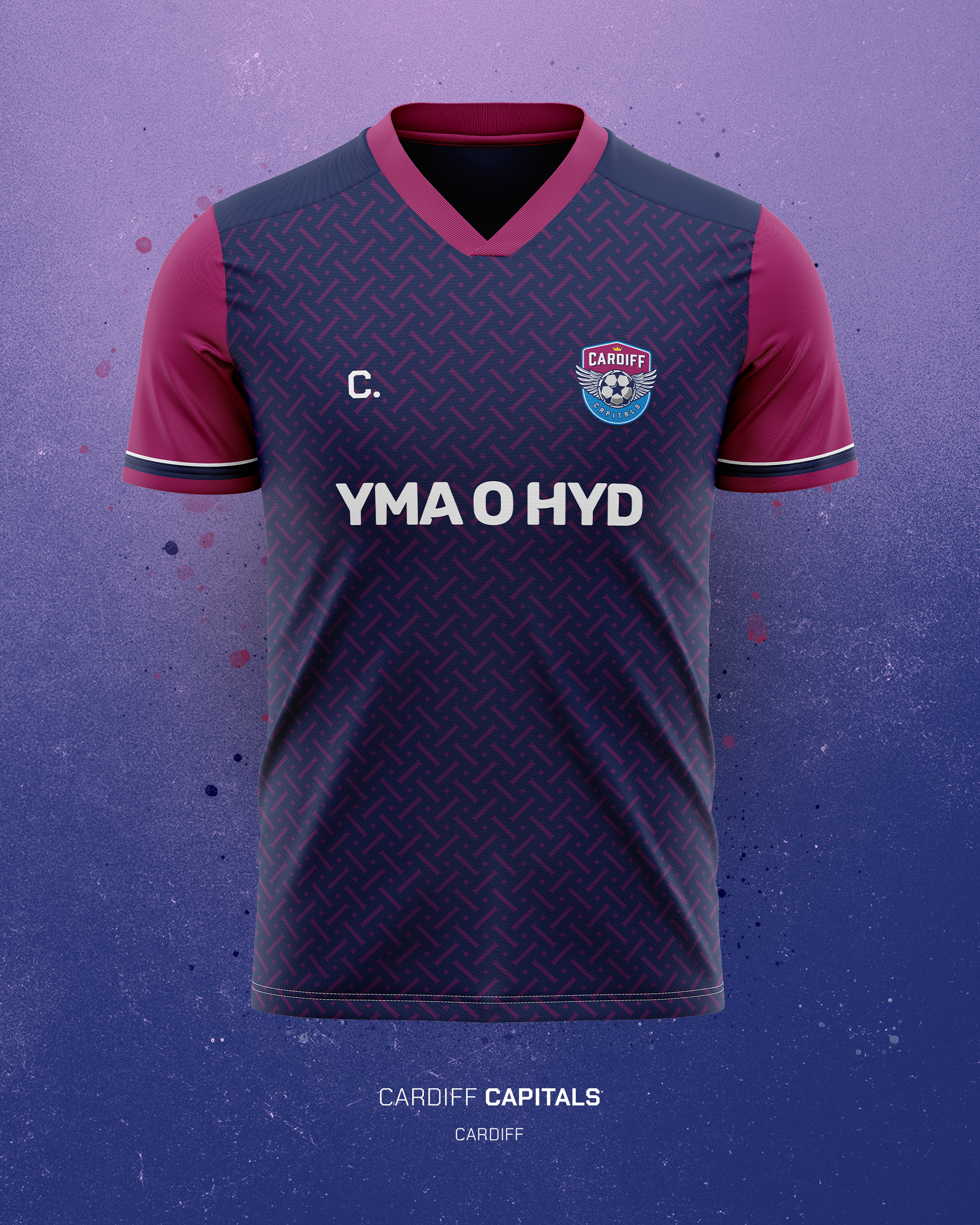 Cardiff is the capital and largest city of Wales, home to Senedd building and the Wales Millennium Centre arts complex. 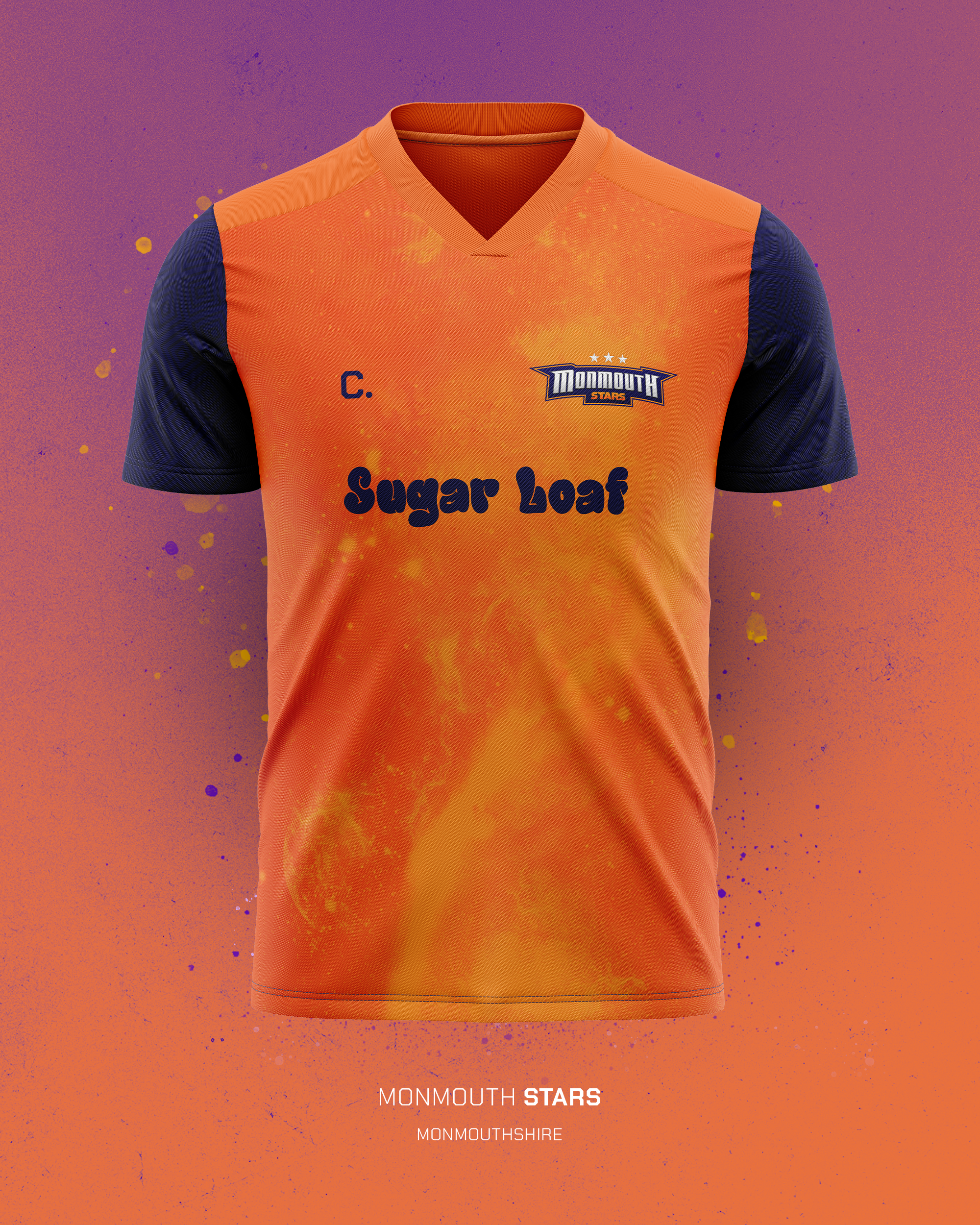 Monmouthshire is great place for stargazing. The wonder of the galaxy is enough to enthral minds wherever your telescope might be perched, but Wales is increasingly emerging as one of the best countries in the world from which to ponder its enormity. The Brecon Beacons National Park, became the country’s first International Dark Sky Reserve in 2012, and there are dozens of places around the National Park, where you can stop off and survey spectacularly clear night skies. 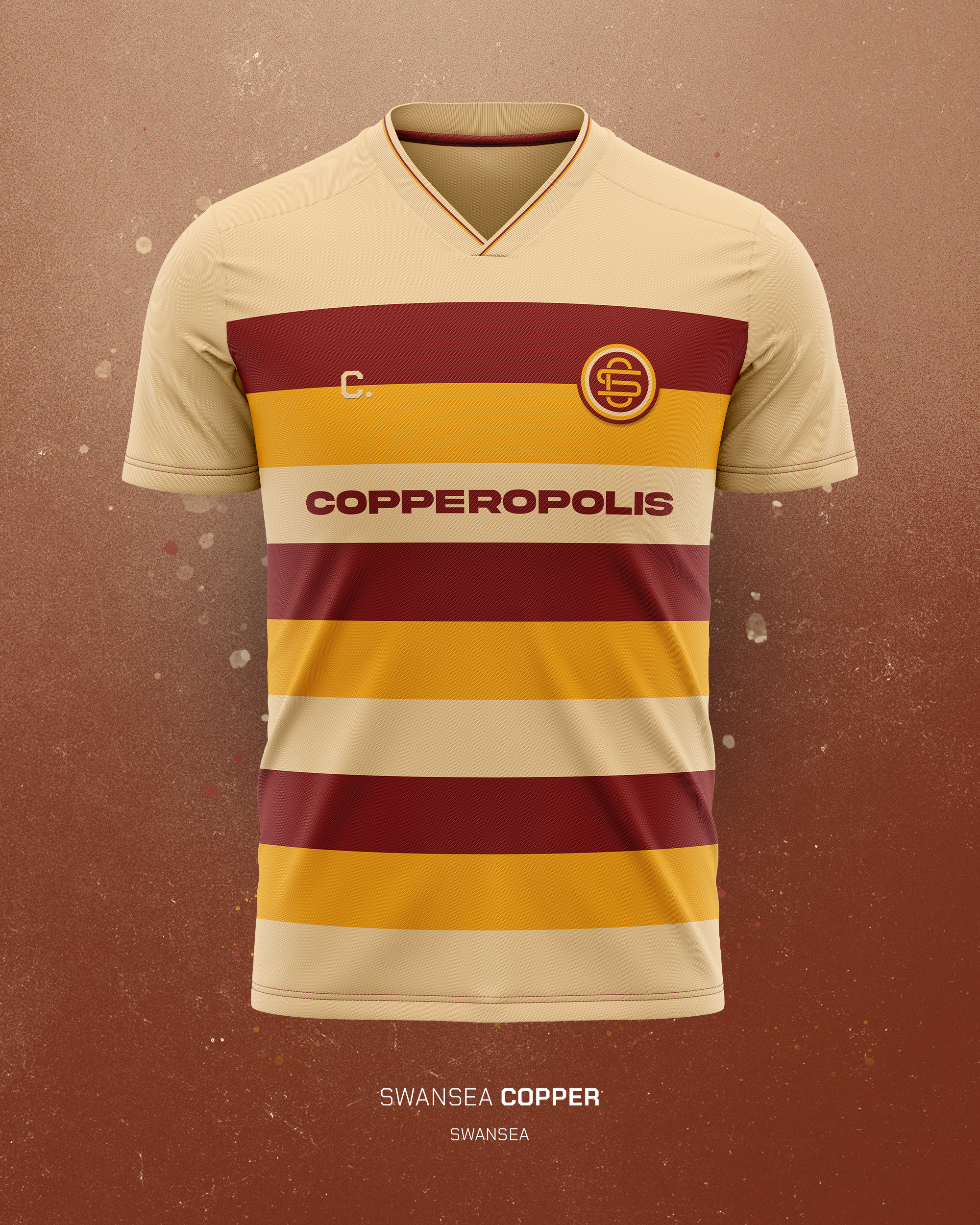 Spawned by the Industrial Revolution’s insatiable demand for copper and driven by science, the Hafod-Morfa Copperworks was fed by twin arteries represented on one side by the Swansea Canal and on the other by the River Tawe. The former delivered cheap coal from mines in the Upper Swansea Valley while the other drew in copper ore from firstly Cornwall, then Anglesey and finally the wider world to feed the furnaces of the works. On the back of this Swansea became an industrial seaport of world importance. 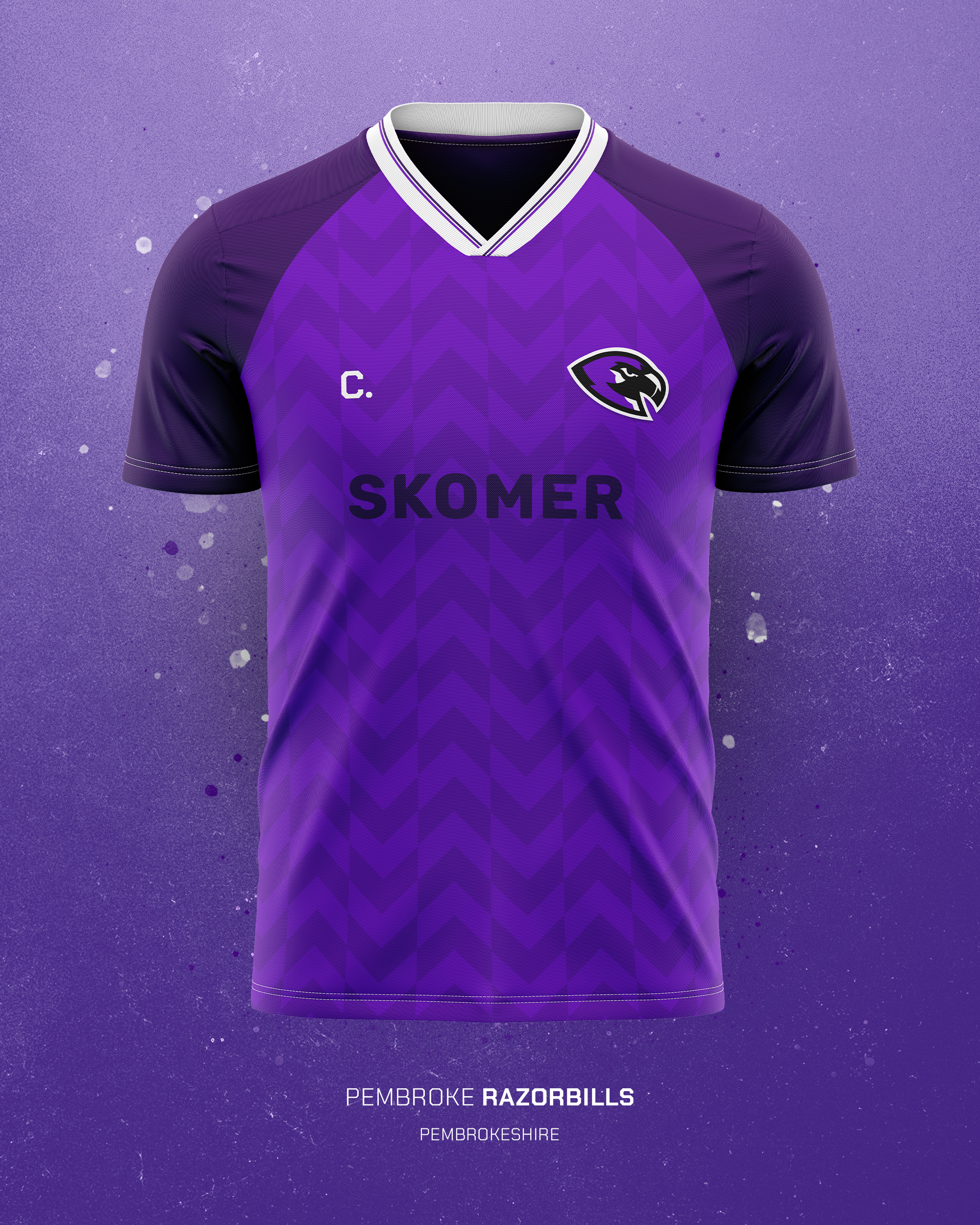 There are around 12,000 Razorbills on Skomer, as well as smaller populations on both Skokholm and Grassholm. The birds only come to land to breed, spending the rest of their time out at sea, where they feel most comfortable. 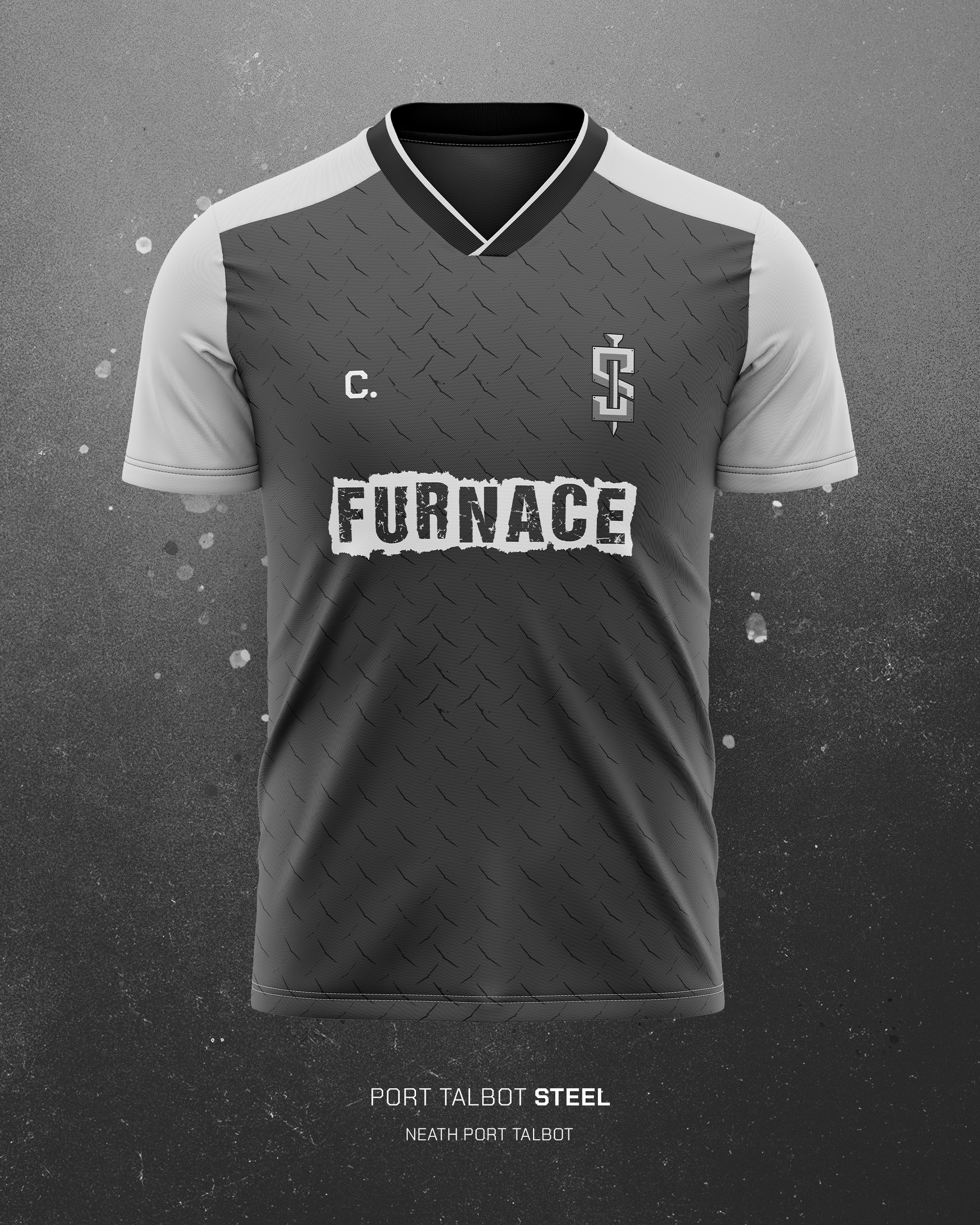 Port Talbot Steelworks is an integrated steel production plant, capable of producing nearly 5 million tonnes of steel slab per annum. This makes it the larger of the two major steel plants in the UK and one of the largest in Europe. 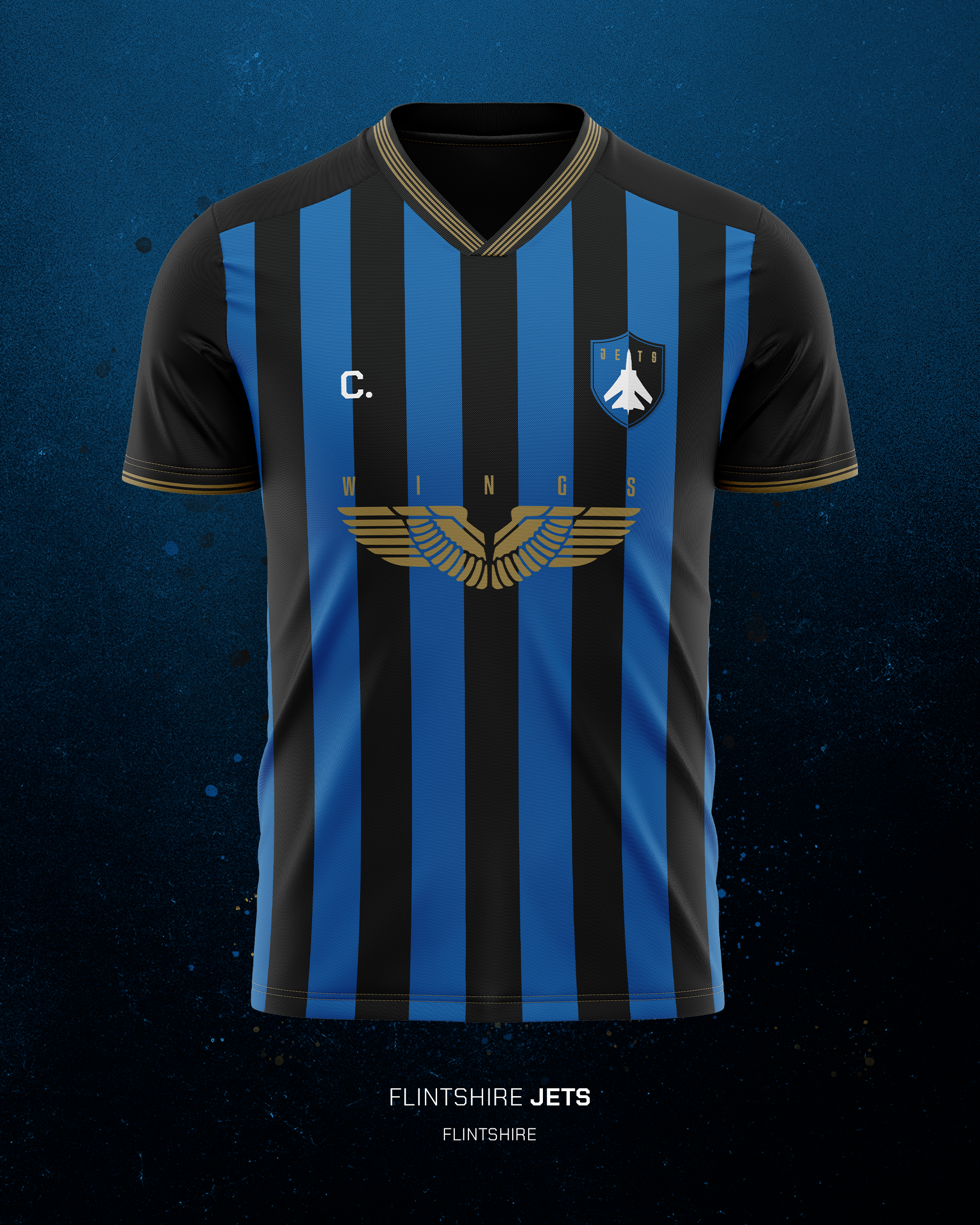 Broughton is home to a large aircraft factory at Hawarden Airport. The plant is the Airbus wing factory, manufacturing wings for the A320, A330/A340, A350, and A380 aircraft. Airbus wings produced in Broughton are flown out in Airbus Beluga planes with the exception of the large A380 wings which are transported by barge along the River Dee to the nearby Mostyn docks. 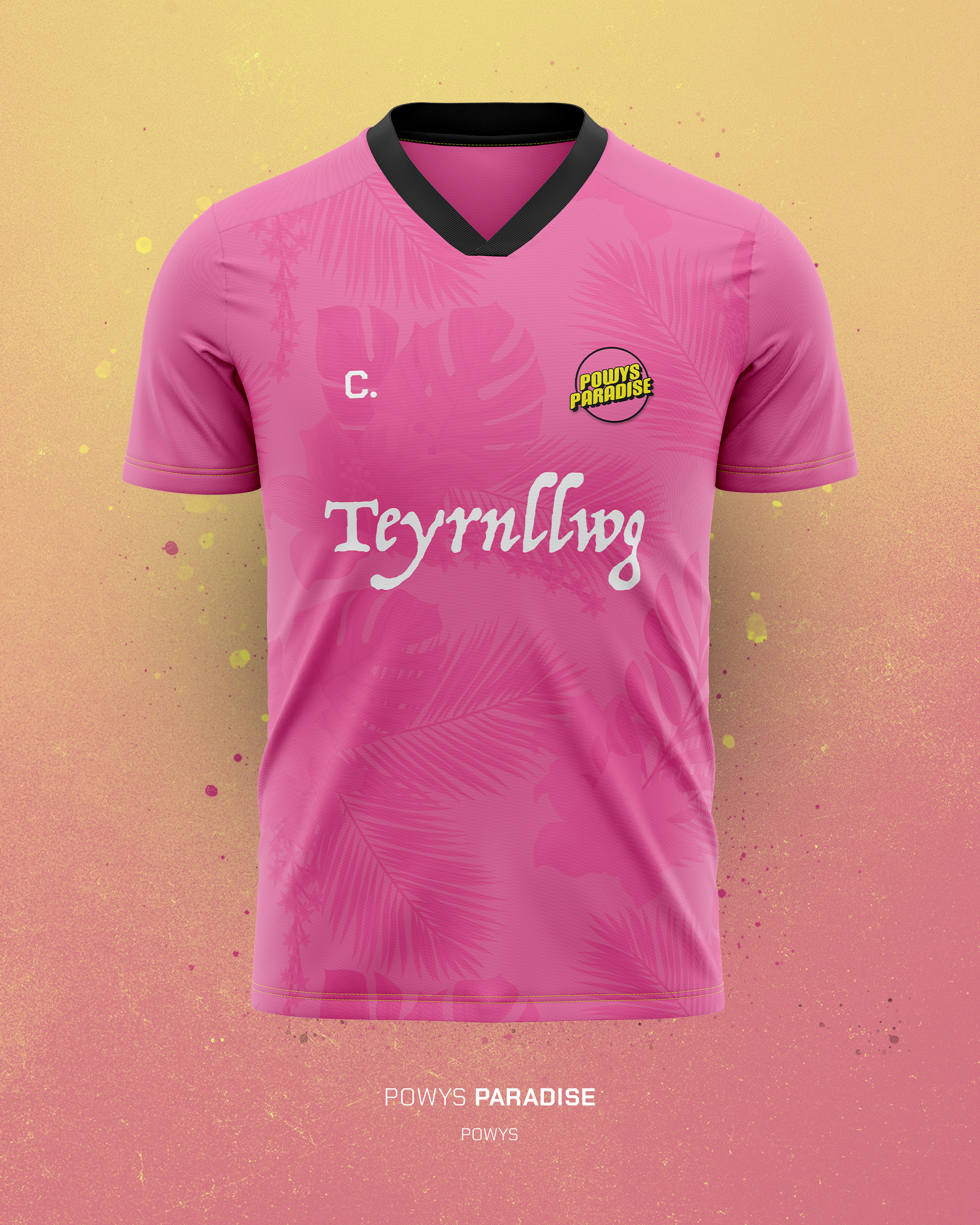 The Kingdom of Powys was a Welsh successor state, petty kingdom and principality that emerged during the Middle Ages following the end of Roman rule in Britain. The fertile river valleys of the Severn and Tern are found here, and this region is referred to in later Welsh literature as “the Paradise of Powys”. 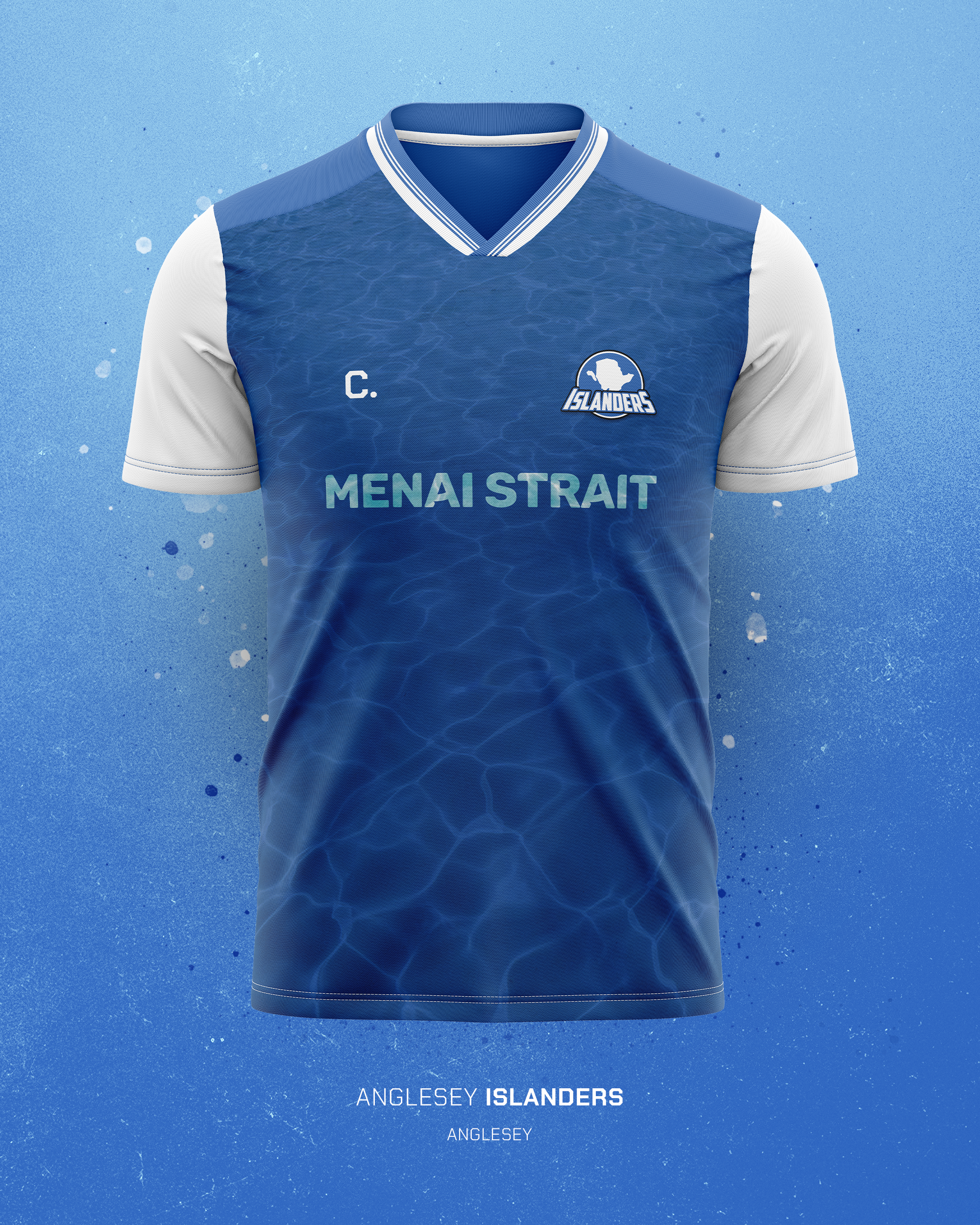 Anglesey is an island off the north-west coast of Wales. It forms a principal area known as the Isle of Anglesey, that includes Holy Island across the narrow Cymyran Strait and some islets and skerries. The Menai Strait to the mainland is spanned by the Menai Suspension Bridge.

Not a bad idea, Wales must be one of the only countries in the world where some of their football teams play in another countries league. Never understood it. Would be good to get them all back within a Welsh Premier League.