The brilliant Wales football murals that have appeared across the nation

With the national team preparing for their make-or-break World Cup Play-off Final against Ukraine on Sunday, graffiti portraits of the players and management have been painted outside their old schools.

Twelve red portraits have been painted in total, including one of captain Gareth Bale outside Whitchurch High School in Cardiff, Aaron Ramsey outside Ysgol Cwm Rhymni in Blackwood, Joe Allen in Ysgol y Preseli in Crymych, and manager Rob Page, outside his old stomping ground, Ferndale Community School, in the Rhondda Valley.

Two of the portraits have also been painted across the border, outside King Edward VI Community College in Totnes, Devon, and South Hunsley High School in Hull, where Kieffer Moore and Dan James attended secondary school respectively.

The portraits were commissioned by broadcaster S4C, which will show all four of the team’s UEFA Nations League matches in June, as well as the crunch Play-Off final.

Fans are encouraged to take their photos with the murals, using the hashtag #YLlawrCoch – The Red Floor. 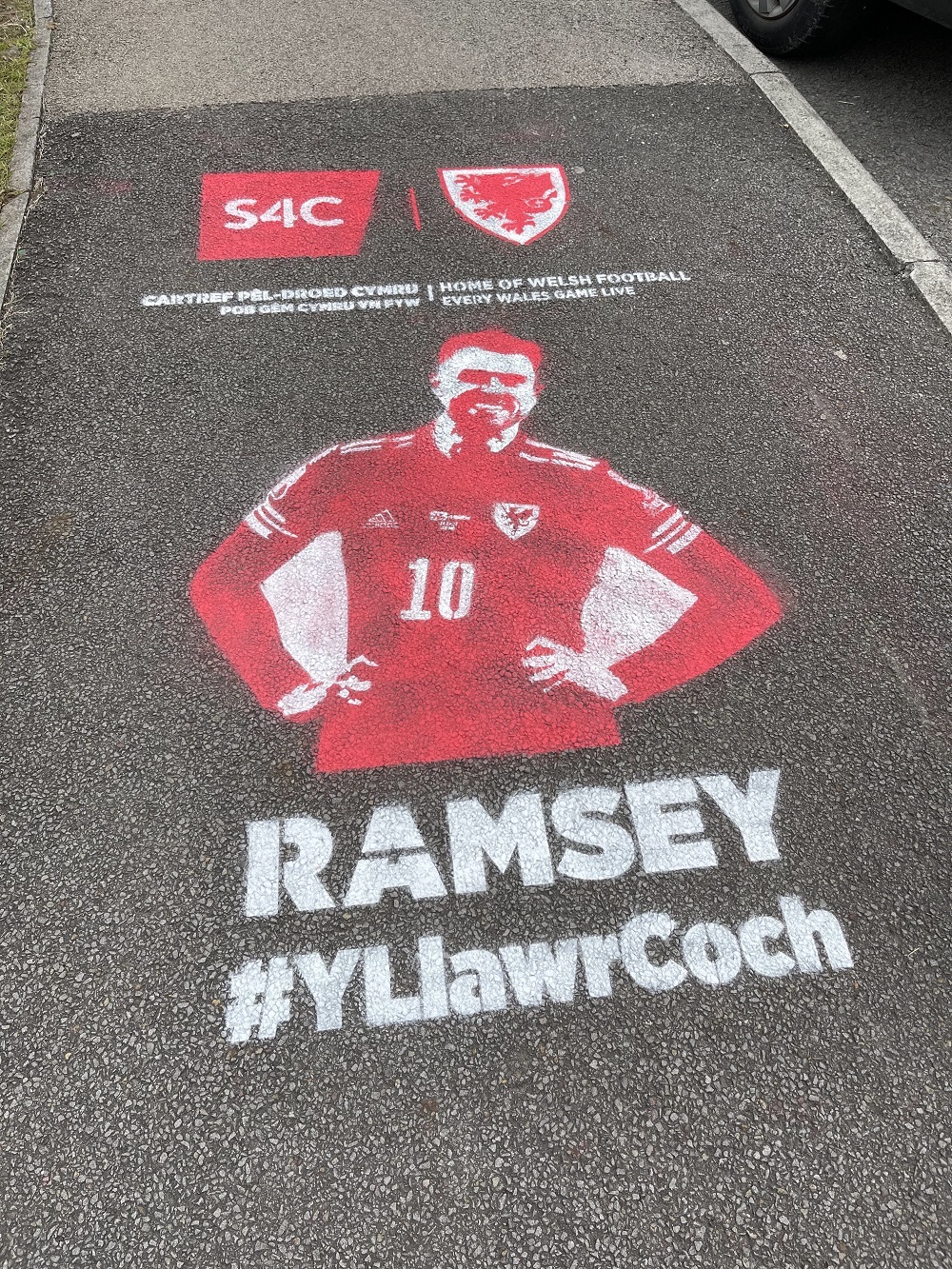 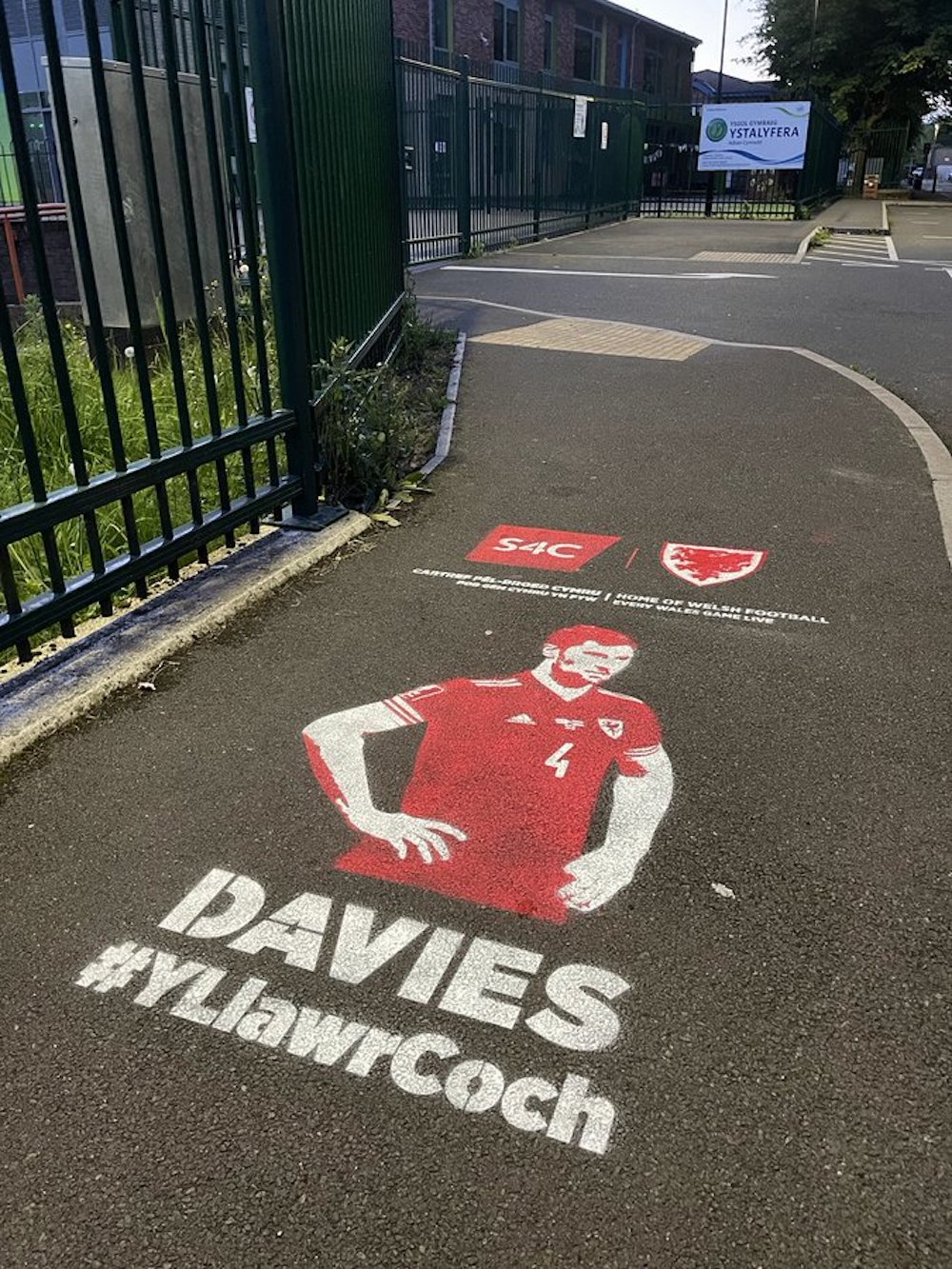 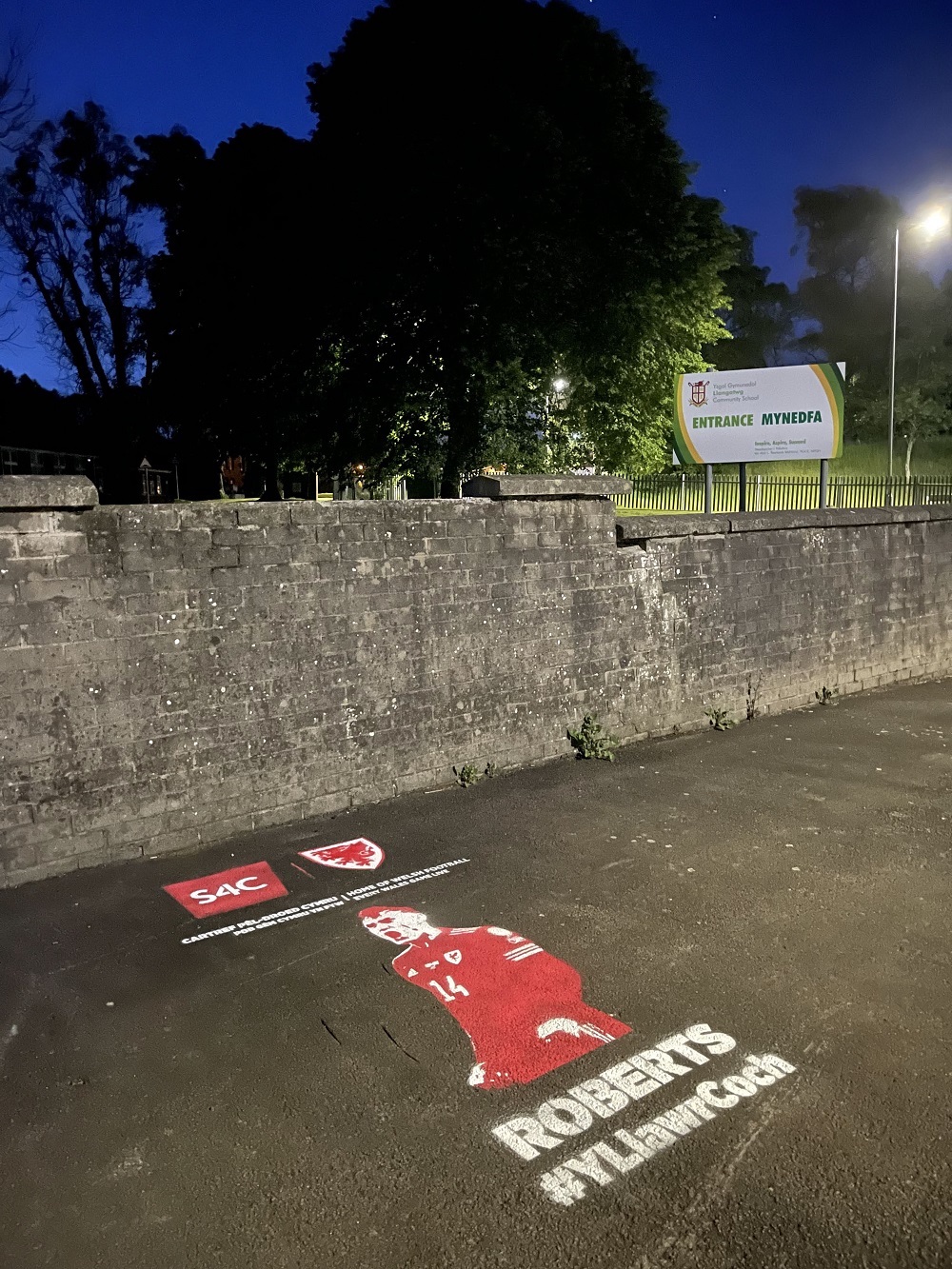 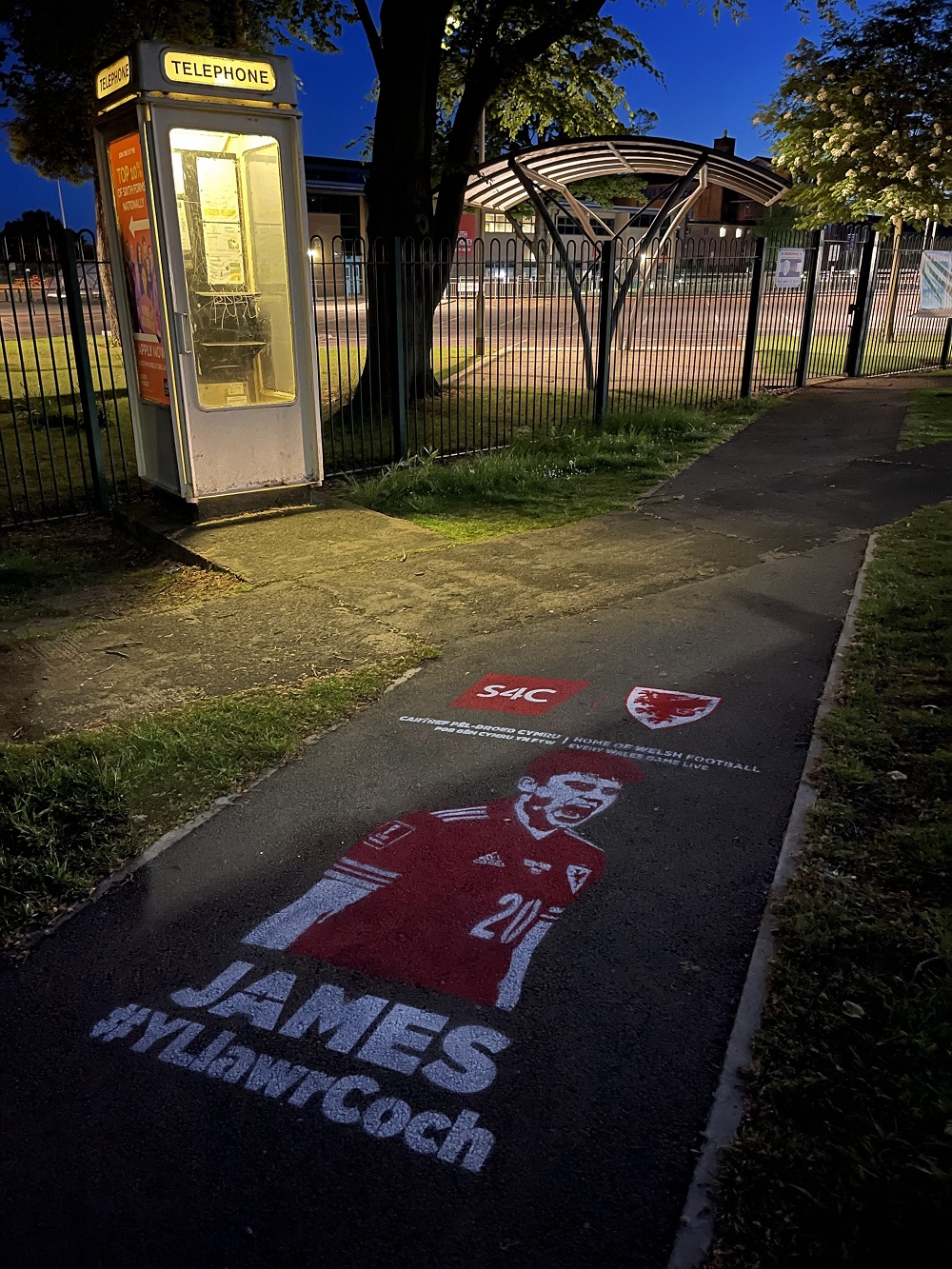 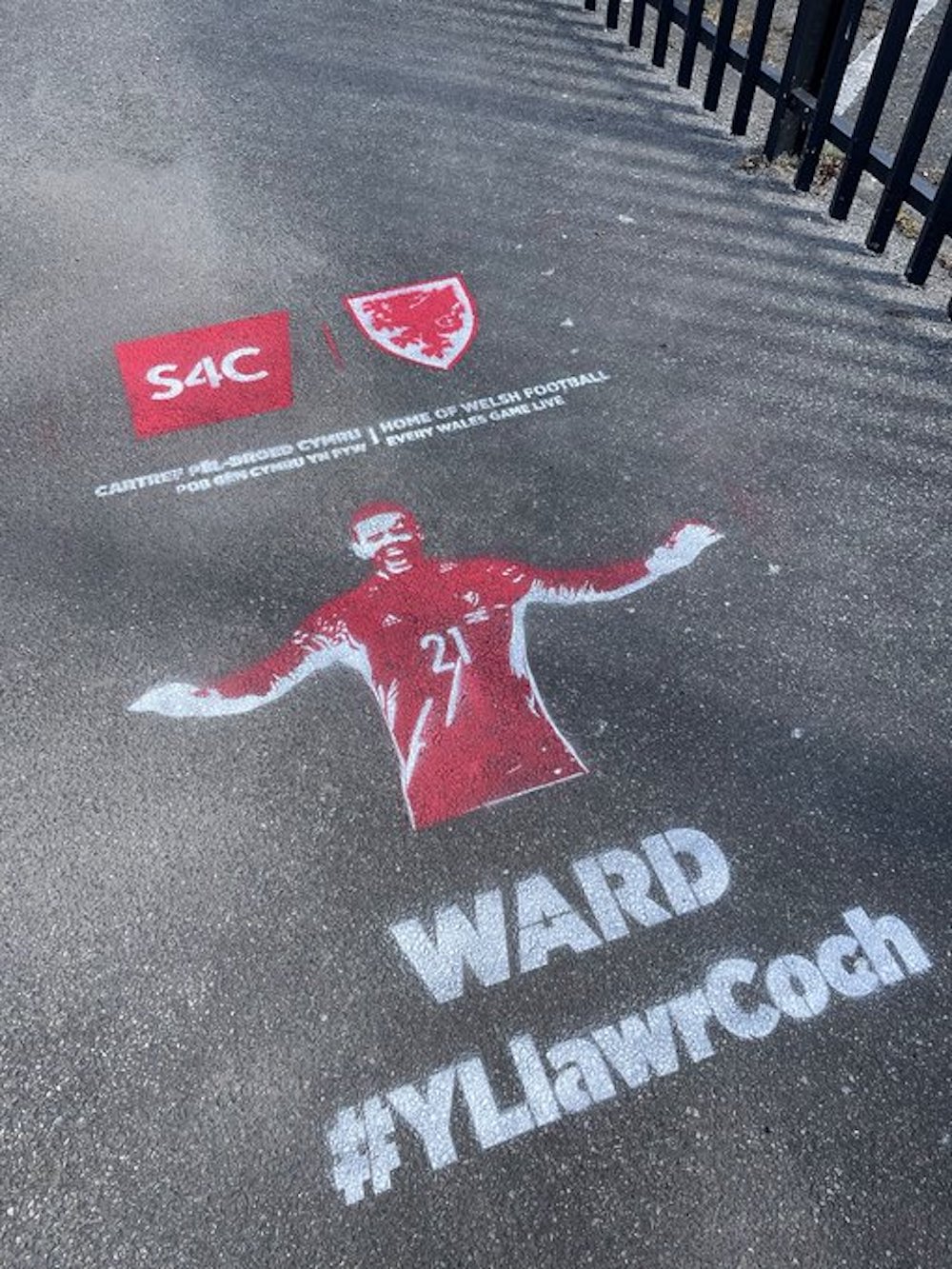 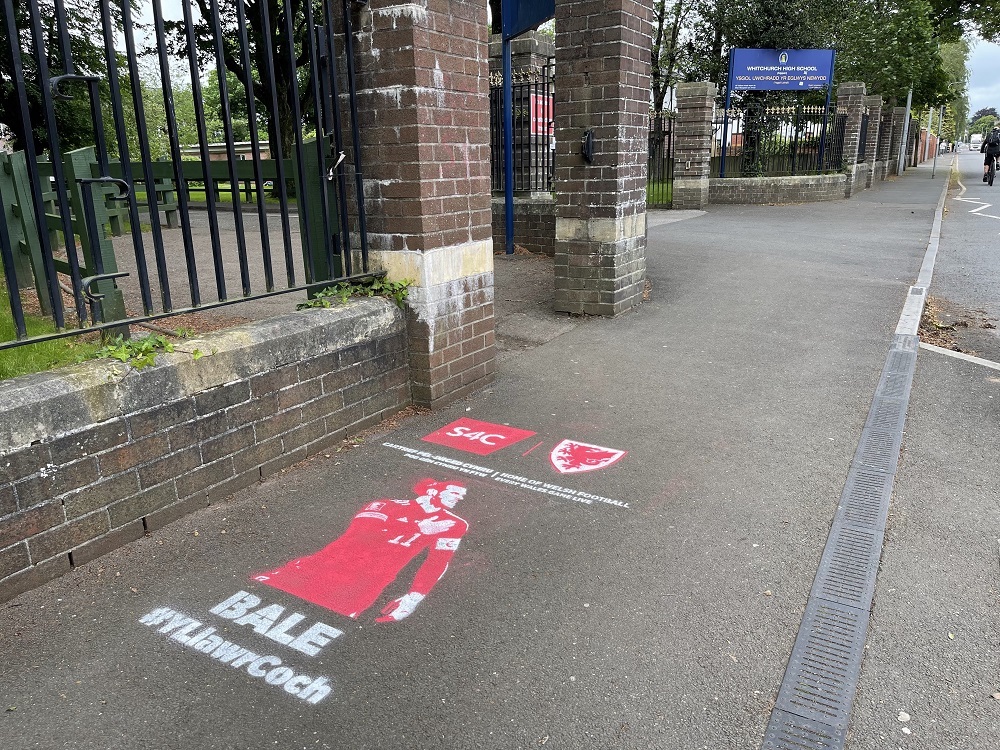 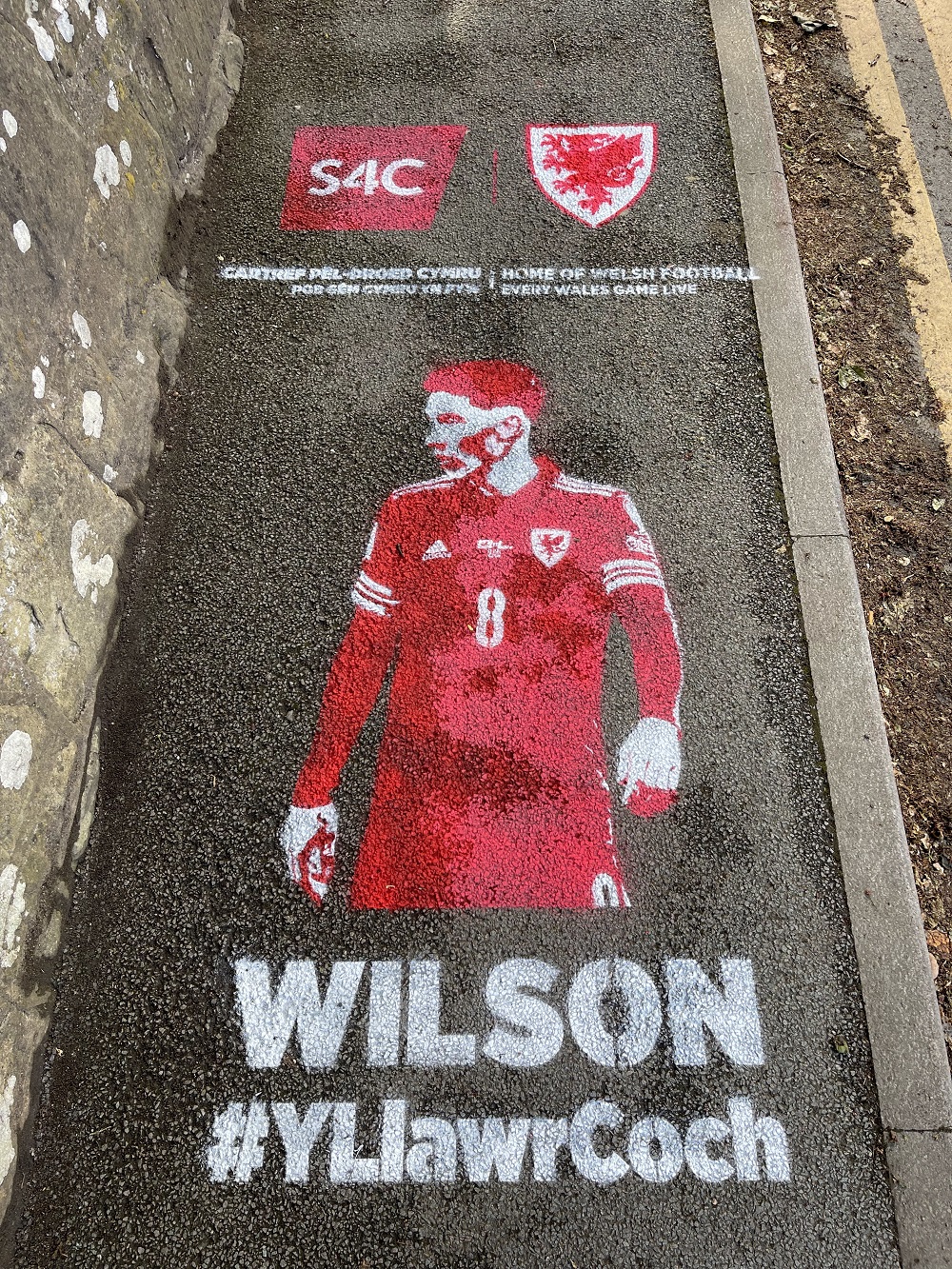 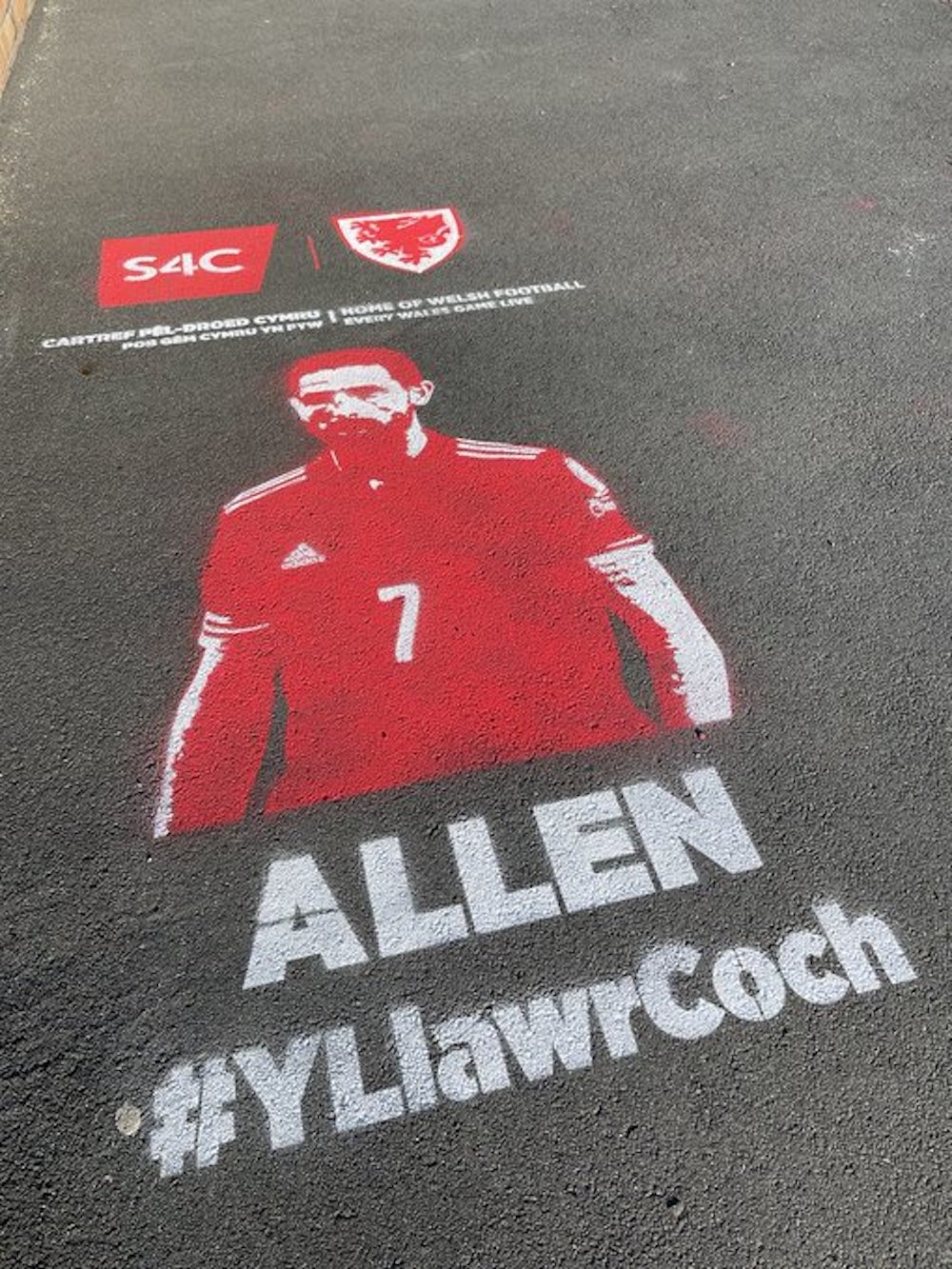 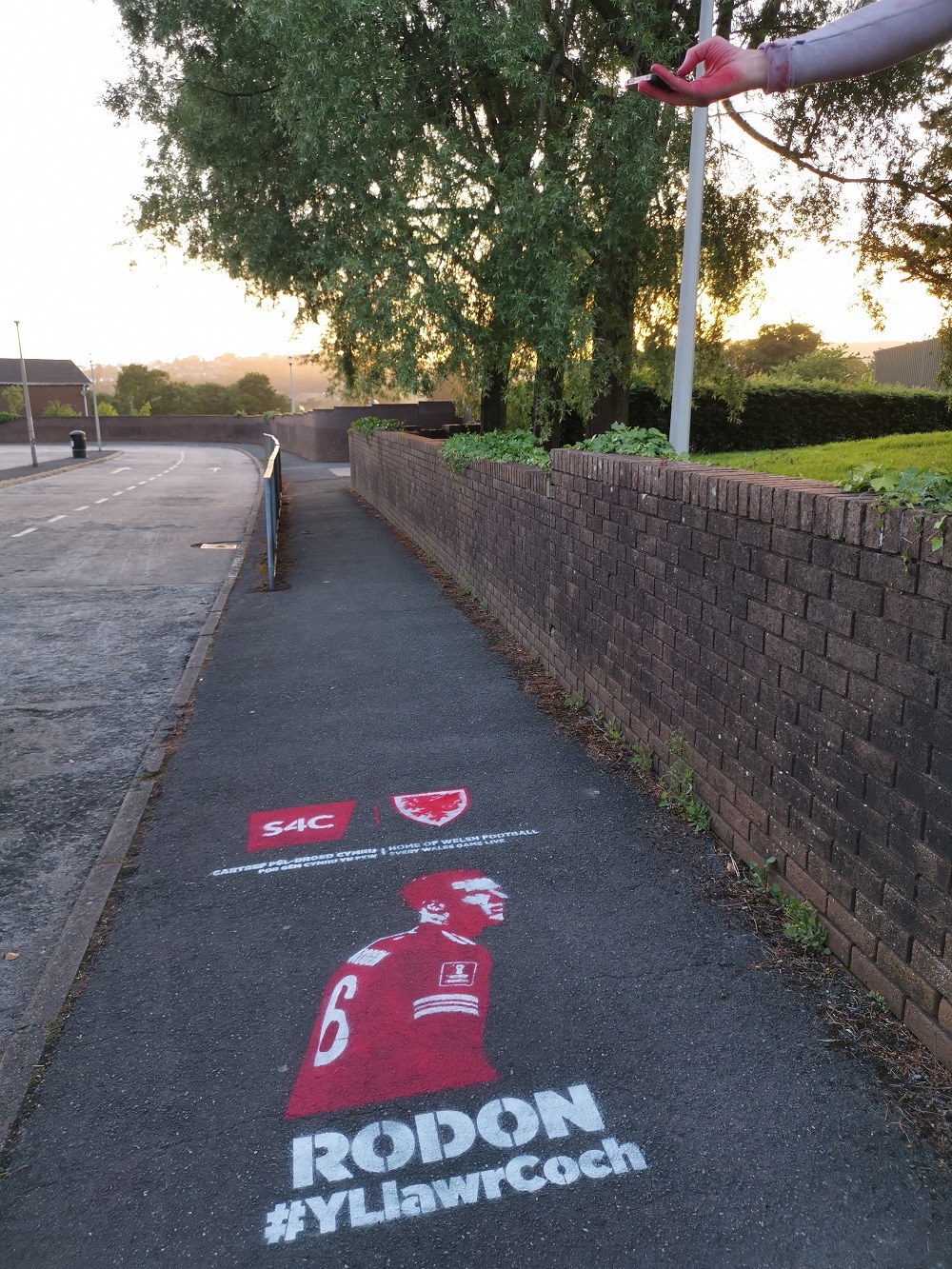 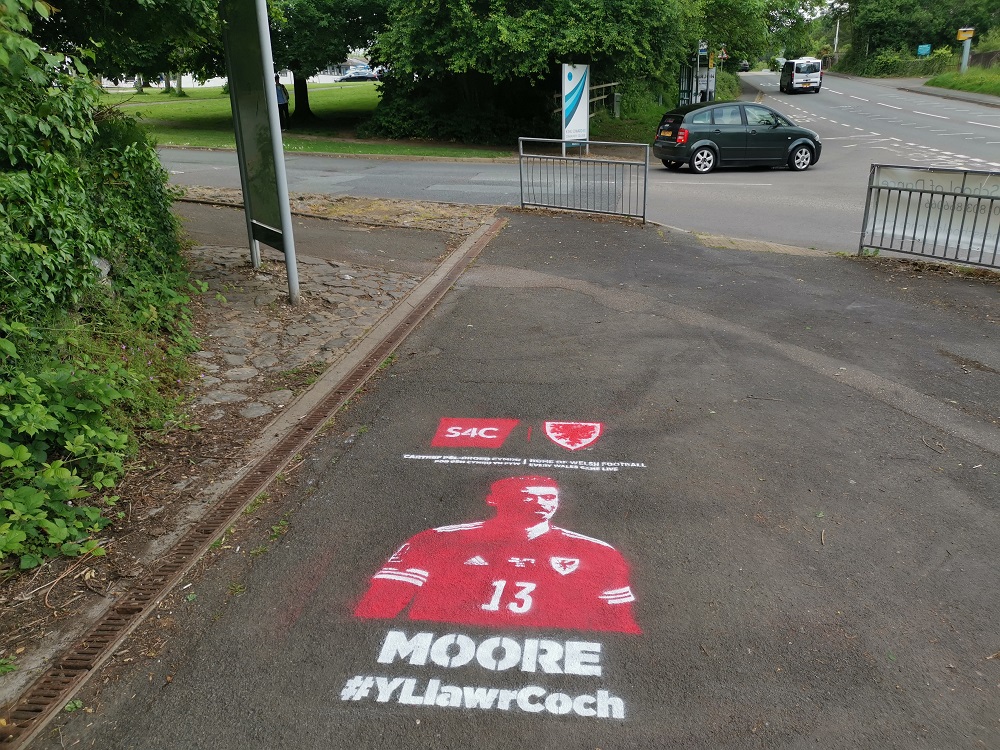 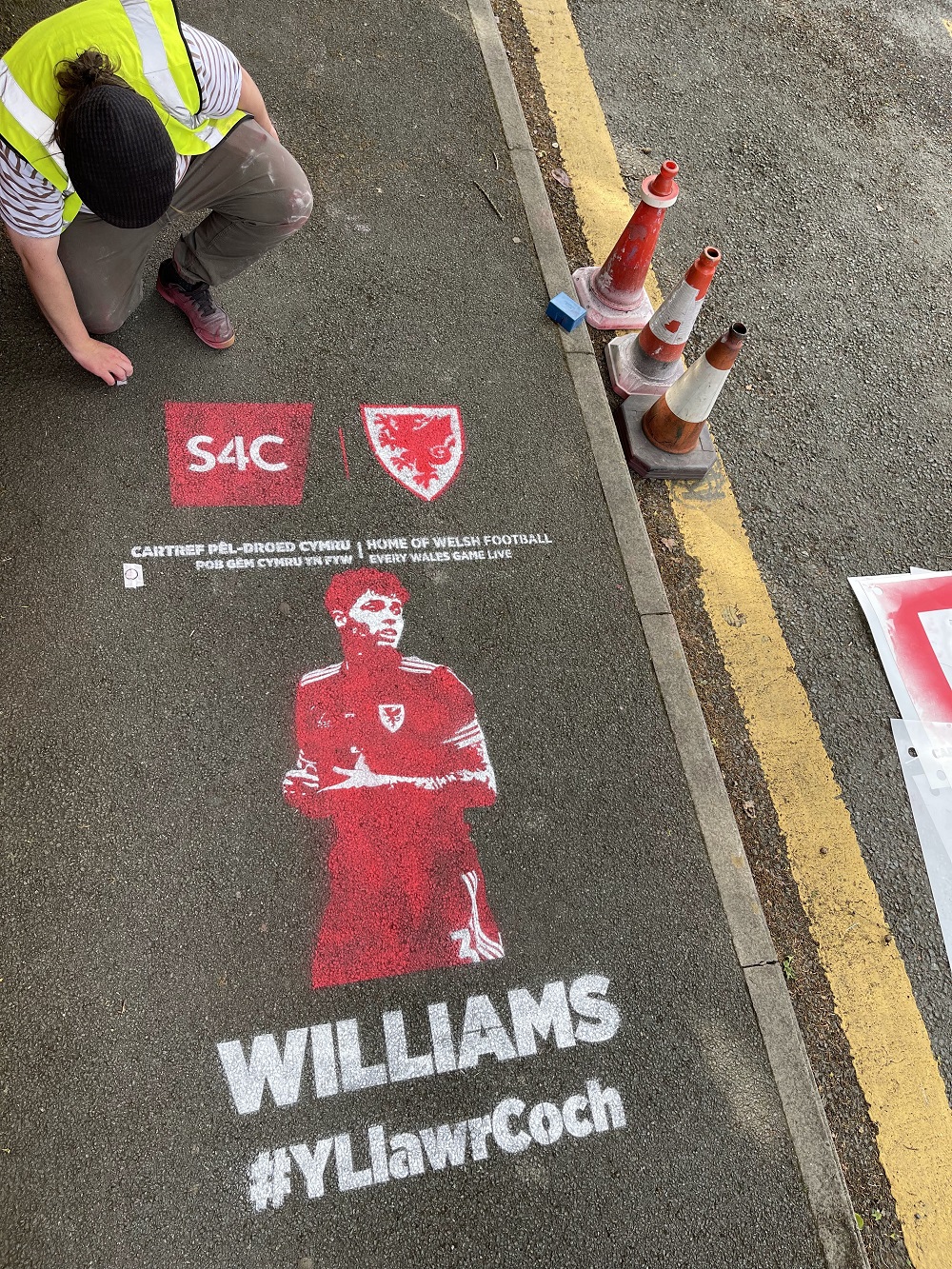 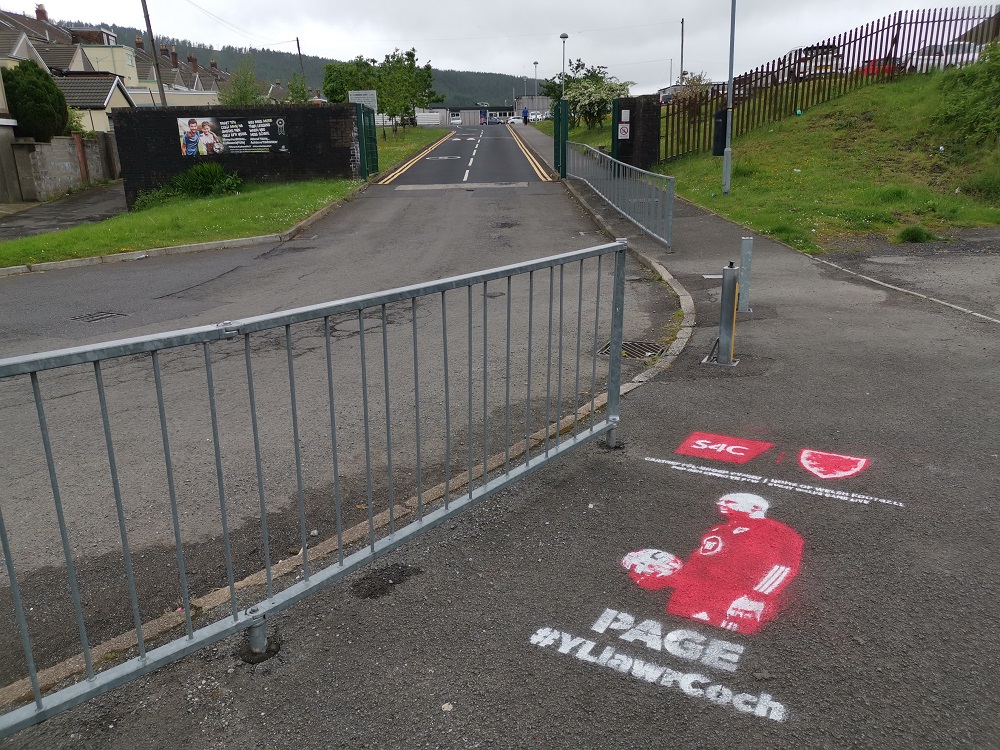 honestly these are crap. i was expecting propert murals and giant joyous artworks, not a half-arsed stencil. no wonder we’re crap