The Cymru women’s team has received a huge ticket sales boost – thanks to England’s victory in the European Championship final.

Whether you supported England in their European Championship final triumph over Germany last night or not, it’s indisputable that it’s been good news for Cymru.

In the hours after the final whistle in the final, the Football Association told us that there had been a marked uptake in ticket sales for the crucial World Cup qualifier against Slovenia at the Cardiff City Stadium.

In fact, in the last 24 hours there have been more online sales for the game than on any other day, with hundreds of tickets sold.

A spokesperson for the FAW said: “It’s definitely fair to say that the coverage of the tournament and excitement has helped drive interest in our team.

“Overall, we have now sold more than 3,500 tickets for the match. These have been a mix of online sales and group bookings which offer a discount.” 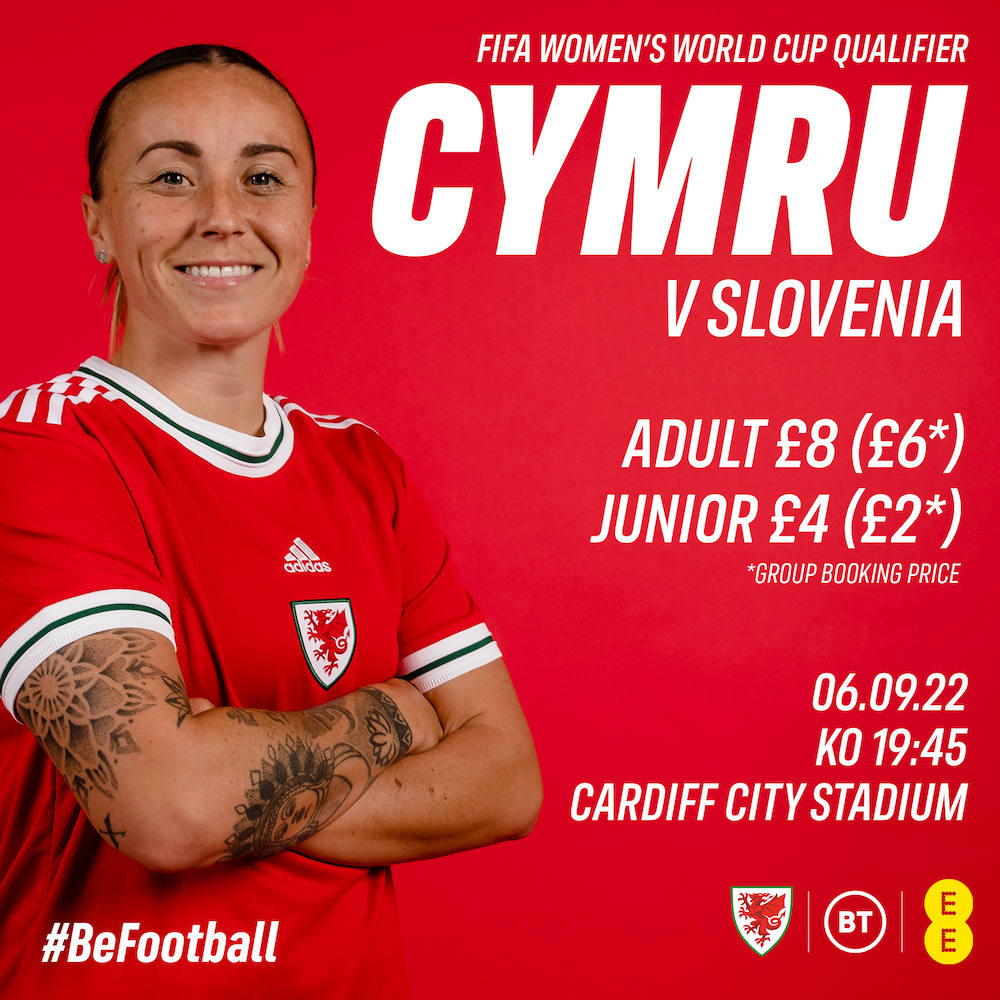 The attendance record for a Wales women’s international match is 5,455, which was set against Estonia last October in the Cardiff City Stadium.

“The FAW has set an ambitious target of 10,000 for the match against Slovenia,” added the spokesperson. “We are currently on track to hit this figure compared to previous figures.”

Gemma Grainger’s Cymru will be looking to make history on two fronts in their key FIFA Women’s World Cup qualifier against Slovenia at the Cardiff City Stadium.

Four points in the remaining two qualifiers (with the first match away to Greece on Friday 2 September) will secure a play-off place for the first time in the side’s history.

Off the pitch, that ambitious target of 10,000 supporters has been set, double the current attendance record, as Grainger and the players are hoping the Red Wall can help to push them over the line.

Although England’s women’s win yesterday was a success on their part. After all they outscored their opponent Germany 2-1. Remember, Germany’s women have won the European Cup 8 or 9 times. So England were fortunate the tournament was held in England. My gripe is the Anglocentric TV & radio media. I have never witnessed such suffocating coverage. It’s been wall-to-wall in your face gloating. Can you imagine the same if Wales women or men won a major football tournament, lol. Yeah, we’d get two minutes in the news, if that, and our celebrations would be isolated to the “Wales” region… Read more »

One of the two witnesses
Reply to  Y Cymro

Welll its’ the first thing they’ve won since 1966 so a little celebration is only to be expected and gloating about victory is after all culturally the English way to celebrate.
Congratulations to the Lionesses and I’m glad our ladies also experienced a good bump in support.
But I do agree we need devolved sporting agreements and news coverage. Drama and entertainment could be a bit more flexible

The commentary on the common wealth games isn’t much better. Wales seriously needs its own devolved media, The English media just can’t be neutral, just watching BBC 6 oclock news, 12 minutes in, and they haven’t stopped talking about the football, it’s more like English local news.

Maybe you weren’t around in 1966. [That date has been seared into my memory even though
English football isn’t relevant to me ] We’ve had wall to wall gloating and reminiscing every 2 years since. And each time they failed they always found an excuse or scapegoat. If Wales drop out of the World Cup, I will be cheering on Iran and USA. If England were to drop out because of us how would the “British ” media and politicians react? I shouldn’t really have to ask, regular readers of this site already know.

Congratulations to the England girls!
Yes, we need our own media, as coverage is very much one-sided. Even on Eurosport, the tennis commentary is almost silly, so it’s often a relief when an English (British, in the case of Murray) gets knocked out, sadly. This, however, is no longer confined to “home” commentators, so I was glad to hear a Dutch sportsperson saying their winner of the women’s Tour De France was very positive for women’s cycling worldwide.