Wales have been drawn against Austria in the draw for the semi-final of the World Cup playoffs.

If Wales win their home game they could play Scotland who have been drawn in the same pathway to a World Cup playoff final as Rob Page’s men.

Scotland will play at home against Ukraine. 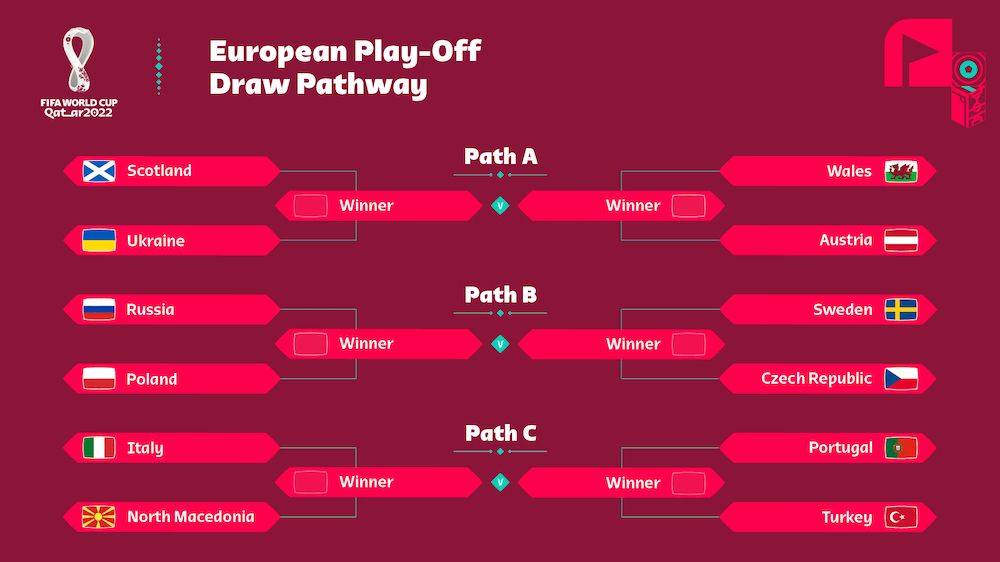 If Wales are successful in their home semi-final to be played on Thursday, March 24, 2022, they will play either Scotland or Ukraine at home for a place in the World Cup final on Tuesday, March 29.

Both the semi-finals and finals are played over one leg.

Wales manager Robert Page said: “It’s a great opportunity. We’ve worked ever so hard to finish second in the group and we’ve had some luck in the draw.

“We’ve got everything to play for.”