Watch: David Brooks and the scenes that will cheer every Cymru fan

These are the scenes that will cheer every fan of Welsh football – David Brooks back in training and looking sharp.

AFC Bournemouth today released footage of the Cymru star being put through his paces, as he looks to make his long awaited return to first team football after battling and beating cancer.

According to reports the start of February has been slated as his return date.

After the news of Gareth Bale’s retirement, seeing David Brooks looking sharp in training will provide much joy for any Cymru fan mourning the loss of their talisman, with the Bournemouth ace expected to form a pivotal part of Robert Page’s plans on his return to the game.

In November, Brooks was pictured arriving at the Cymru training camp ahead of the England game.

The Bournemouth midfielder, one of the international side’s brightest prospects, is currently recovering from injury after returning to training after a well documented battle with cancer, but was invited out to Qatar by Rob Page so he could experience the World Cup with the rest of the squad.

The player, who has now had thew all clear,  was pictured at the Cymru hotel with chief medical officer Jonathan Houghton, the medic who was part of the team who helped diagnose Brooks’ Hodgkin’s Lymphoma.

Posting on his Instagram, Houghton gave an encouraging update on Brooks’ condition: “Seeing @db_36 fit and smiling made my day it’s been a long road back from Hodgkin’s lymphoma but I think I can safely say that we all can’t wait until he pulls on a Wales shirt again. Hoping that he will run out for Bournemouth in the next 4-6 weeks.” 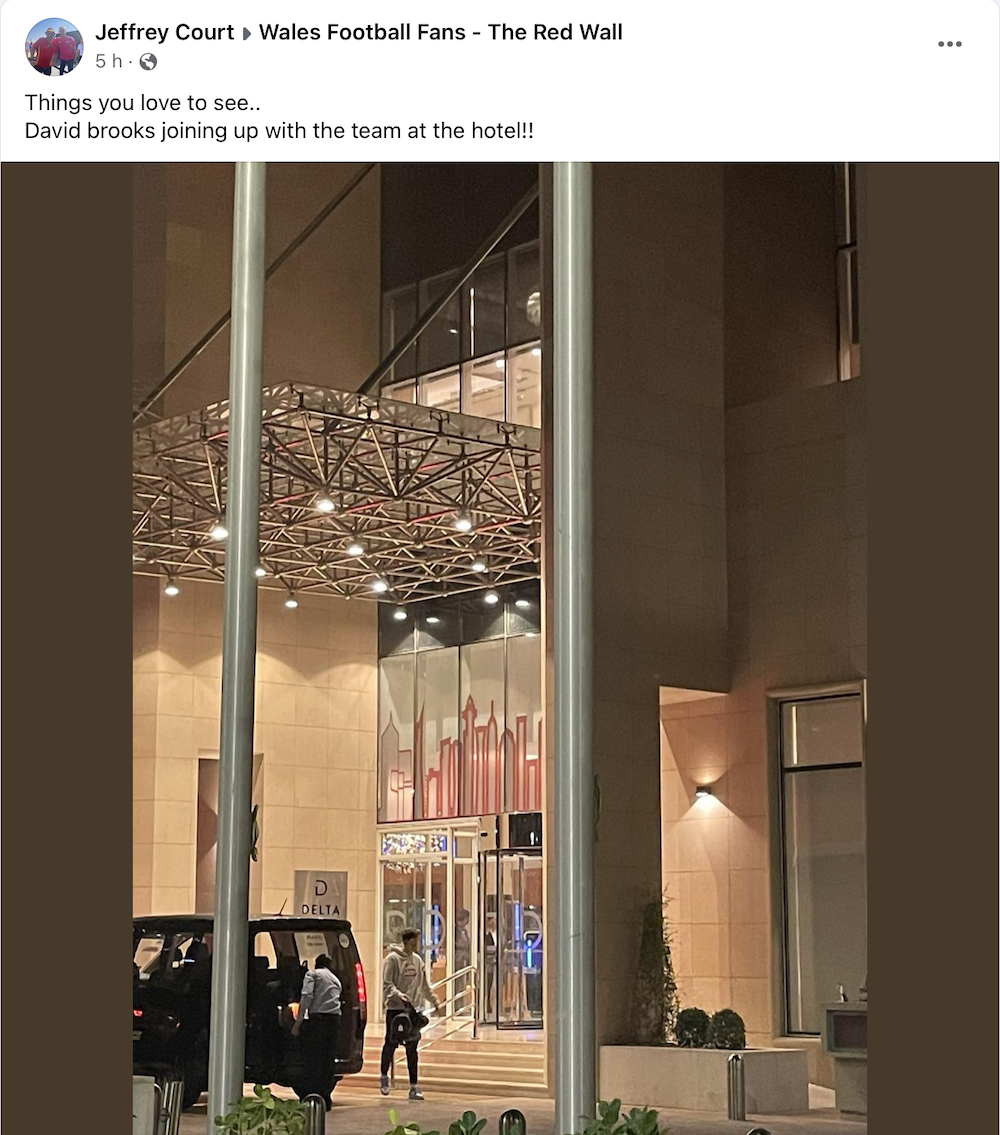 Brooks signed a new four-year deal with Bournemouth in August just 10 months after being diagnosed with stage two Hodgkin lymphoma.

“I’ve seen footage of him training and it’s quite emotional watching it,” said Page ahead of the World Cup.

“What he’s had to go through to get back to that level, it’s incredible. I am just so pleased for him, so we want to take that pressure off him.

“Bournemouth have been excellent throughout, how they’ve managed him from what he’s been through from day one.

“To get him to the level of fitness he’s at, they have been sympathetic and brilliant.”

The 21-times capped Brooks has not played since Bournemouth drew at Peterborough on September 29, 2021.