There are many perks of the job as the current Cymru manager.

There’s going down in history as the first boss since Jimmy Murphy in 1958 to take your team to the World Cup for starters.

Then there’s the little matter of soon seeing the dream of a nation fulfilled.

We have to say however that Robert Page looks as thrilled to receive these special customised Adidas Cymru trainers as he does at qualifying for the World Cup – and let’s be honest, with good reason, they’re absolutely beautiful.

We’re not saying these trainers are the greatest trainers we’ve ever seen – but they’re in the top one.

The trainers which incorporate Dafydd Iwan’s ‘Yma o Hyd’, the Welsh flag and the Wales badge don’t come cheap at £165, but they’ve been hugely popular with members of the Red Wall, who’ve been snapping them up.

The Englishman kindly sorted a pair of trainers for the Cymru boss – and as you can tell by his reaction, Robert Page was absolutely made up. 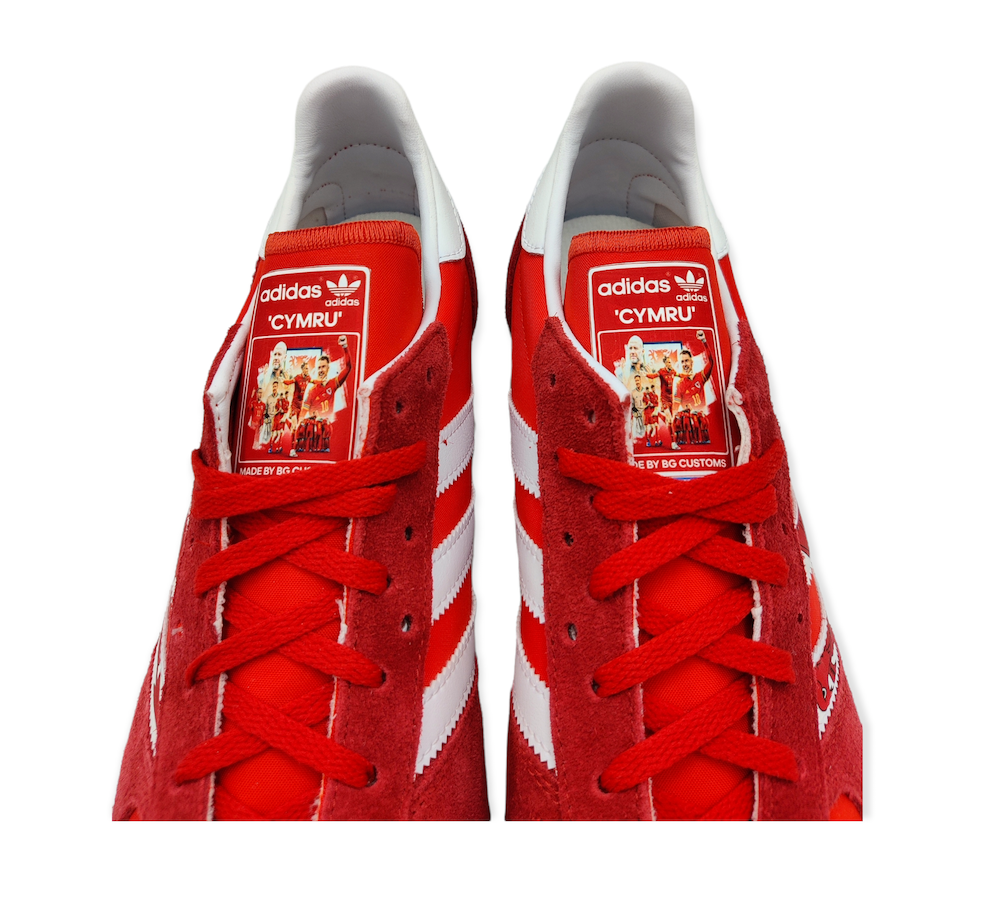 These aren’t the only Cymru World Cup trainers Billy has for sale. To meet demand he’s also produced a second pair.

These red trainers incorporate the Together Stronger slogan, the Welsh flag, the Wales badge, and a specially designed graphic on the tongue.

Both pairs of Cymru trainers are available to order HERE

Nation.Cymru have only vaguely mentioned the human rights abuses in Qatar but has printed multiple articles about Cymru World Cup Trainers.

Focusing on the real issues I see