A trio of Wales stars have shown off the new Wales home and away shirts in a video to promote the pre-order of the kit.

The video, by the Football Association of Wales and stockist JD Sports, sees Brennan Johnson, Neco Williams and Connor Roberts modelling the new kit which will be worn at the World Cup.

The shirts which retail at £65 for adults and £50 for juniors, have an expected release date of September 15, but the shirts can be pre-ordered now from JD Sports online or in-store. 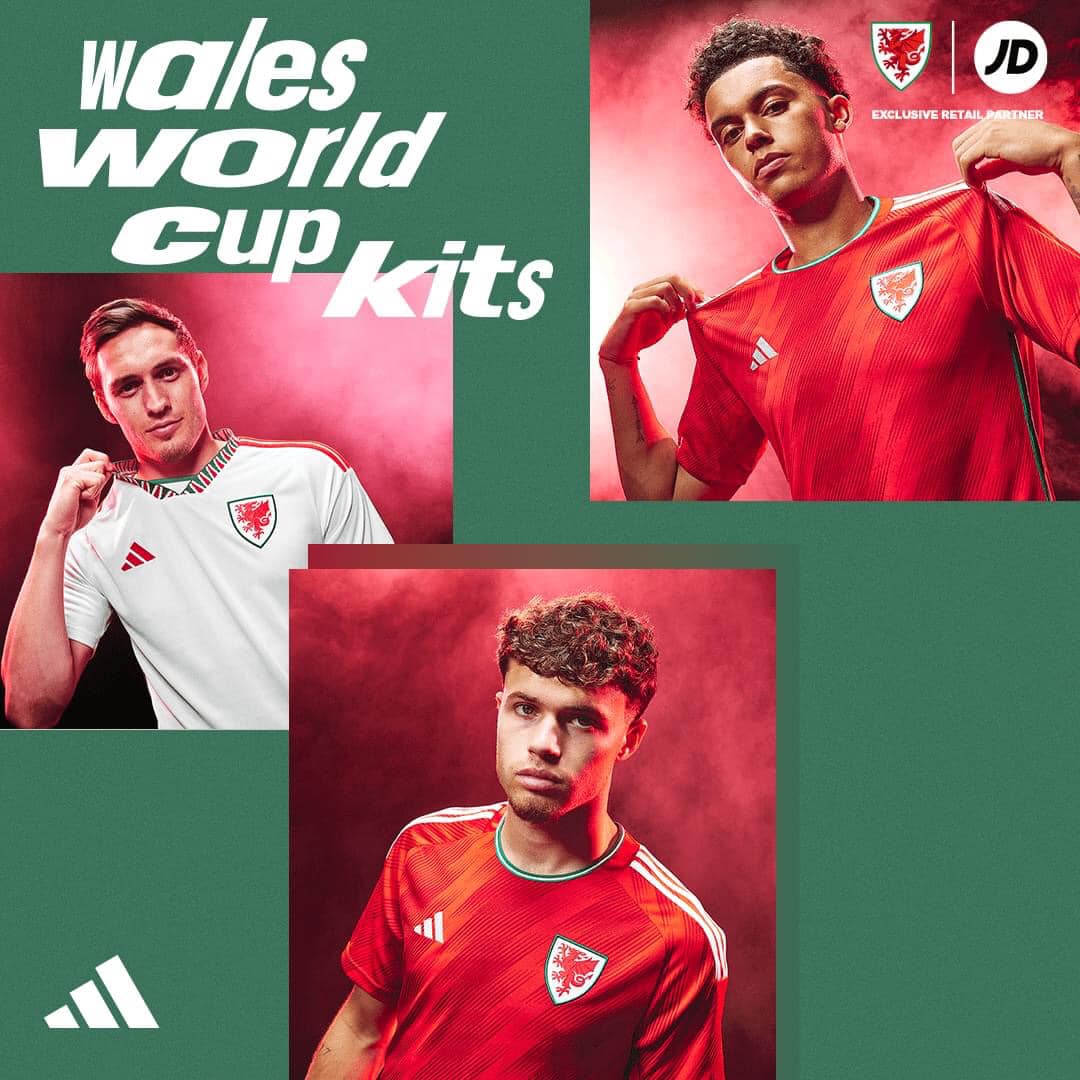 The first sighting of the new Wales home and away World Cup shirts were spotted in store yesterday – although they won’t actually be on sale for another 18 days.

The shirts from Adidas were spotted in the Queen Street, Cardiff branch of JD Sports.

Since the shirts were leaked in the last week, fans have had their say, with particular love for the away shirt, which includes the colours of the Welsh flag.

The shirts will retail for £65.

The new Wales World Cup home and away shirts were unveiled by Adidas in a blink and you’ll miss it video last weekend.

However, you needed to be a dab hand with the pause button to actually see it.

The sports giant have now unveiled all their World Cup shirts and the video was a teaser for the actual major launch later this month.

The red and white Wales shirts will be worn by the players in Qatar and will be worn during the forthcoming Nations League games against Poland and Belgium in September.

Hit the -link in bio- to get yours now.#adidasfootball #FIFAWorldCup pic.twitter.com/NjlmcReNTT

The first glimpse of the Wales World Cup home shirt was seen at Creamfields music festival.

The shirt was worn by DJ Jamie Jones, who was one of the headliners at the festival last weekend.