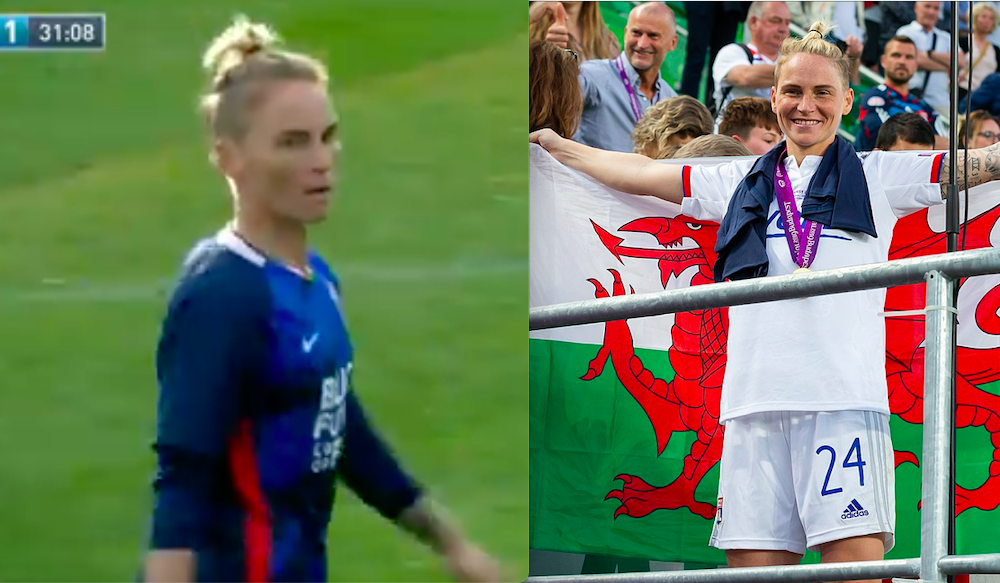 Jess Fishlock is the most capped female Welsh international footballer and Wales’ greatest ever women’s player.

And just to demonstrate those indisputable facts – here she is scoring an absolute worldy from around 40 yards out for her team OL Reign in a 3-2 wins against the Chicago Red Stars in the US Women’s Soccer League yesterday.

Most mere mortals after scoring such a wondrous strike would no doubt run screaming around the pitch. However, so nonchalant is the 34-year-old she celebrates like she does that every day in training. Which to be fair, she probably does.

It was a special game for Jess and her teammates. Not only did the Wales captain cap her performance with another goal, but the win for OL Reign meant they qualified for the WSL playoffs.