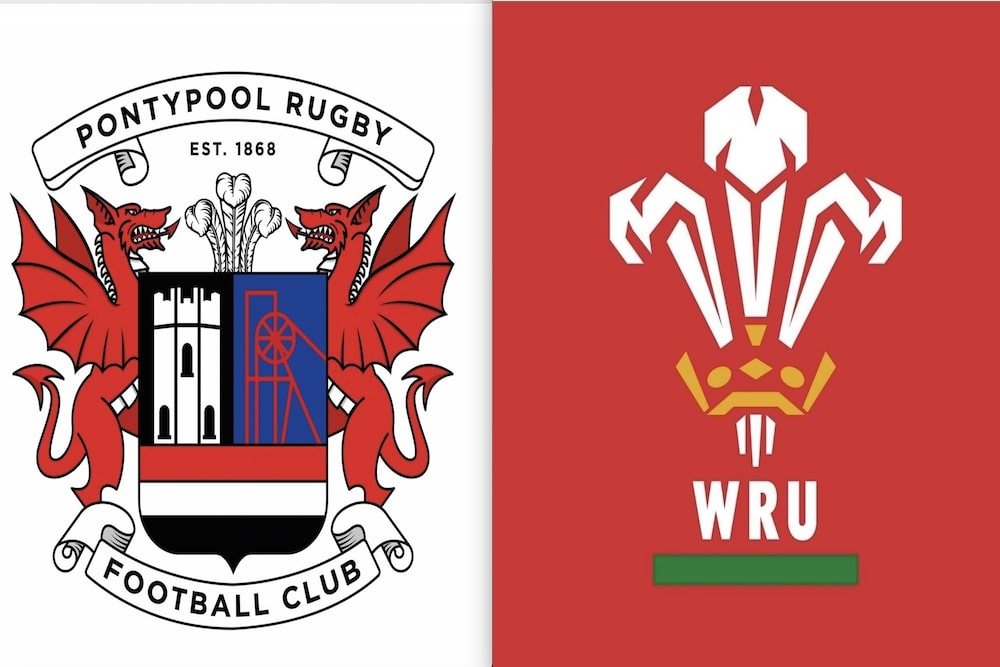 Championship club Pontypool RFC has issued a statement in which it launched a scathing attack on the Welsh Rugby Union for what it deems the governing body’s ‘abysmal track record of presiding over a culture of failure and apathy towards the clubs it supposedly represents’.

In a move which has been prompted by unprecedented fixture issues, that has seen reigning champions Pontypool end the season two game early, the club also said the WRU has ’caused untold damage to the reputation of the second tier of Welsh club rugby’.

In addition, Pontypool heavily criticised Beddau RFC for rejecting several dates to fulfil a fixture between the two sides as the National Championship was thrown into chaos.

Despite appeals to the WRU, Pontypool RFC say they will now conclude the season two games early, in effect losing out on the opportunity to secure a fourth straight Championship title.

The extraordinary statement from Pontypool RFC, which was posted on their website read:

“Pontypool RFC can confirm that the club’s 2021-2022 WRU National Championship campaign has concluded prematurely, meaning the quest for a fourth successive title has been stripped away through no fault of our own.

“Despite numerous efforts by Pontypool RFC to re-arrange the Beddau RFC fixture, Beddau RFC rejected several dates before ultimately refusing to fulfil the fixture without explanation.

“After referring this matter to the Welsh Rugby Union, the governing body not only confirmed that Pontypool RFC would not be awarded a bonus-point walkover victory, but there was no means by which Beddau RFC could be sanctioned for their unprofessional and disgraceful conduct.

“A lead member of the Welsh Rugby Union’s Community Game Board committed to display further weakness by ‘asking’ Beddau RFC to fulfil the fixture, but we have heard nothing since. After waiting over two weeks for a progress update and given all fixtures were to be completed by 14th May 2022, our patience has run out and we refuse to be degraded a day longer.

“Given that the season will not conclude with all fixtures completed, Pontypool RFC and Ystalyfera RFC officials have today agreed that there is no point in devoting time and financial resources into re-arranging the fixture between the two clubs. Pontypool RFC is grateful to Ystalyfera RFC for the spirit in which these discussions were held and we share their frustration in this matter.

“This means the ‘final’ National Championship league table will show Pontypool RFC having played just eleven of its thirteen scheduled games and the club will finish no higher than 3rd place.

“Pontypool RFC would like to place on record its strong dissatisfaction towards Beddau RFC for how it has chosen to conduct its business. To forfeit a National Championship fixture diminishes the league’s credibility and makes an even greater mockery of what has already been a disjointed season. It is the club’s position that they should be expelled from the National Championship immediately, but this clearly is not going to happen due to the unforgivable ineptitude of the Welsh Rugby Union.

“As such, the club also wishes to place on record its frustration for how the Welsh Rugby Union has lost complete control of its ability to govern the game. Time and time again, the governing body has proven it is not fit for purpose and Pontypool RFC is again calling for the entire Community Game Board to resign from their positions with immediate effect.

“Welsh club rugby deserves a Community Game Board – and a Board of Directors for that matter – that hold the requisite skills to manage the game at all levels. To place an ambitious club such as Pontypool RFC in a position whereby the club’s season has been abruptly terminated whilst still holding a mathematical opportunity to win a National Championship is indefensible. They have caused untold damage to the reputation of the second tier of Welsh club rugby.

“We extend our sincerest apologies to our supporters for this highly embarrassing and unacceptable display of unprofessionalism from Beddau RFC and the Welsh Rugby Union. We also wish to express our immense gratitude to the Pooler Army for your unwavering support during what has been an immensely challenging period throughout COVID-19 and the subsequent return to play.

“Our focus will now turn to making preparations for a hugely important 2022-2023 season, but we do so with an intense level of cynicism and concern for how the Welsh Rugby Union will govern the National Championship effectively, given its abysmal track record of presiding over a culture of failure and apathy towards the clubs it supposedly represents.”

We have contacted the WRU for a response.

Similar story (but not quite as bad!) to the FAW denying
@LlantwitMajorFC
promotion to the Welsh Prem league…..after they, without question, won the league. It’s worth remembering that Pontypool are not in the top league……they haven’t been for a long, long time !

Worth remembering that since the introduction of the league system in Welsh rugby ( which was much needed by the way), Pooler struggled for a few years as did a few other of the bigger clubs at the time. Pontypool have taken slow but very methodical steps over the years to attain a place at the top table on & off the field but have been hampered by some strange decisions over the years from the WRU including, changing the rules regarding promotion/relegation, criteria for ground standards etc. This happened occasionally during the playing season & it got to the… Read more »