The National Eisteddfod is one of Europe’s largest cultural festivals, with around 160,000 visitors over a week of singing, dancing, eating and drinking.

But you might be forgiven if you haven’t heard much about it, or shown much interest – especially if you don’t speak Welsh.

You might feel it isn’t for you due to the linguistic barrier. But fear not, as we’re here to tell you that it has plenty to offer people of all languages.

This year’s Eisteddfod kicks off tomorrow, Saturday 30 July, and ends a week later on the 6th of August.

I would warn however that there is an awful lot going on at the Eisteddfod and making the most of it is largely a matter of being in the right place at the right time, so have a look at what’s on before travelling.

Here are the top 10 reason why you should visit the festival this year. 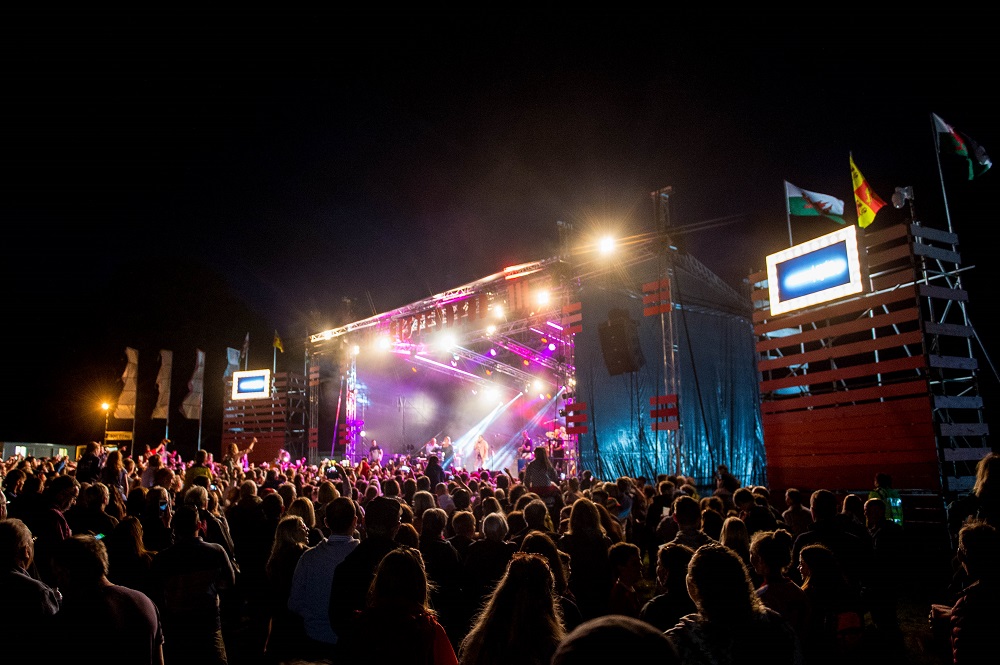 The National Eisteddfod is the beating heart of Welsh language culture, but for the past three years that heart has – because of the pandemic – temporarily stopped beating.

Rather than leaving Welsh language culture in a state of morbidity, however, it should have the opposite effect – with three years of creative activity, gigs, events, talks and reunions all wrapped up in one week.

With the Eisteddfod, like everyone else, having taken a big hit from years of cancellations as well, it will also be an opportunity to help to financially keep the festival going.

2.) The people of Ceredigion are really going to go for it

Ceredigion is one of Wales’ Welsh language heartlands but, perhaps because of the county’s rural location in mid-Wales, the National Eisteddfod very rarely visits.

The county hosted the first known eisteddfod, when Lord Rhys, prince of Deheubarth, gathered poets and musicians at his castle in Cardigan in AD 1176.

But the Eisteddfod hasn’t visited Ceredigion since the Aberystwyth festival in 1992 – it’s been to Gwynedd and Anglesey six times since then.

It’s also been eight years since it was announced that the Eisteddfod would be coming to Ceredigion in the first place, including two years of delay due to the Covid pandemic. That’s long enough to have organised an olympics.

It’s very fair to say that the people of Ceredigion have waited a long time and are very excited to see the festival finally kick off. So excited in fact that they have decked the county in some hilarious decorations.

You don’t need to be able to speak Welsh to enjoy music and there will be music going on across the Eisteddfod maes all day, from the Llwyfan y Maes on the Eisteddfod field itself, to the gigs at the Maes B youth field, to the late night concerts to the competitions themselves.

Again, check out the Eisteddfod website for a full list of what is going on where, or just find the main maes pavilion or gigs stage, sit down, and enjoy the show.

If you though Welsh culture was boring, or all consigned to the history books, you will think again if you’re there to witness one of the druidic Gorsedd’s many colourful ceremonies.

The Gorsedd tradition goes back to 1792 and is based on a rather creative interpretation of the ceremonies on ancient Celtic druidry.

On Monday the Gorsedd take part in the crowning ceremony, on Tuesday they award the prose medal, and on Friday comes the grand finale – the chairing of the bard.

The winner of these prizes isn’t known until their pseudonyms are called out and they stand up in the main pavilion so there is an element of tension and expectation too.

These are spectacular, dramatic ceremonies which will stay with you forever, and there are translation facilities provided for non-Welsh speakers.

The Eisteddfod itself is a visual feast, particularly the Lle Celf which includes work from tens of artists competing for a series of gold medals.

The artists usually take full advantage of the space offered to them to offer some awe-inspiring pieces of art, with a mix of visual, audio and tactile elements.

Visiting y Lle Celf is always a highlight of the Eisteddfod. But many of the stalls around the Maes will be selling a range of artworks that you can take home with you, too.

6.) Inspire yourself to learn Welsh

You’re not going to learn Welsh in a day on the Maes but it could provide you with the inspiration to keep going the rest of the year.

The best way to learn the language is to throw yourself in the deep end and immerse yourself in a Welsh-speaking environment, and the Eisteddfod is one of the best places to do it.

And if you think Welsh is a dying language and there’s no point bothering – a day at the Eisteddfod might well change your mind!

If you are a learner visiting the Eisteddfod make sure you pop by Maes D – the learners’ pavillion.

7.) There’s loads of stuff for kids to do there

We’ll be visiting the maes with a two, 10, 12 and 15 year old and will know that there will be plenty for them to do in every age group.

For the smallest children, the highlight is usually the Cyw show running a few times a day at the S4C stall where their favourite TV characters come to life.

With children over the age of ten, you can just let them free on the Maes in a group of friends. It’s one place you know you can let them loose and be confident that they’re entirely safe.

There’s nothing better at the Eisteddfod than walking into the Main Pavillion and just seeing what competitions are on.

Everyone taking part will be taking things extremely seriously. The modern National Eisteddfod has its roots in the 19th century when ideas about the ‘survival of the fittest’ were very popular and that principle has carried on to the present day in one aspect of the festival, at least.

Competition at the Eisteddfod is intense and gives rise to what is called the ‘cythraul cystadlu’ in Welsh – the competition demon. Everyone really wants to win and is at the top of their game.

There are music, drama, dancing, and poetry competitions going on in the main pavilion, in the buildings outside, and in the pubs around the main Eisteddfod all through the Eisteddfod week.

If a bit of retail therapy is your thing you’re in the right place as the bulk of the Eisteddfod maes is given over to stalls selling anything and everything you can imagine.

With over 400 stalls to choose from, selling art, books, jewellery, clothes, and holidays to Patagonia, you’re sure to find something that takes your fancy.

It’s a haven for Welsh artists and craft makers in particular so there’s also the opportunity to buy something completely Welsh and utterly unique, made by hand.

10.) Kick back, relax and socialise

One of the main attractions of the Eisteddfod for many Welsh speakers is that it’s a place to socialise.

Every year it’s where people get a chance to meet up with old friends and make new ones – which you will then see every subsequent year.

Watch out though as the Eisteddfod is also renowned for creating the next generation of Welsh speakers – many a relationship has started here, especially at a late-night gig!

I used to go, went for several years in a row, but it’s become too expensive even when the event is within travel reach of home. Not only is transport prohibitive, B+B out of the question, but the discount on Maes entry offered to older people is an insult.

Simple-ish answer – compete. You get a free ticket!

I used to run but that never got me a free entry to the Olympics !! With my singing voice they’d probably pay me to stay away but not enough to let Sorgina gain a day’s ticket.

“On Monday the Gorsedd take part in the crowning ceremony, on Tuesday they award the prose medal,”

Are you sure the prose medal is Tuesday? My ticket says Wednesday

When we had it nearby, we spent a good bit to get into the field. This enabled us to look at sponsors stands and then pay again to get into the places where interesting things were happening. I found the concept far more engaging than the wallet draining reality

I always fancied it but friends went and told us it was pointless without being Welsh speaking which we are not and it was expensive. So we never bothered.

In 2014, when the Eisteddfod was in Llanelli, I took 3 friends there who were visiting from France and although they were not Welsh-speaking (unlike me), they really enjoyed the experience. And yes, the entry ticket was £17 per person even in 2014, but it was well worth it. The experience is an unique one.

Genuine question here, but did that £17 take you into all the events? When we went in 200? You had to pay again and again to get into any of the events. Like the Amazon Prime or Sky Sports model. So we left.
I don’t begrudge paying more, it is a rich and varied event and costs a lot to stage. But I’d rather pay say £50 up front to get full access

Gwilym P
Reply to  One of the two witnesses