Review: The Word is a thrilling story of a horribly plausible near-future dystopia 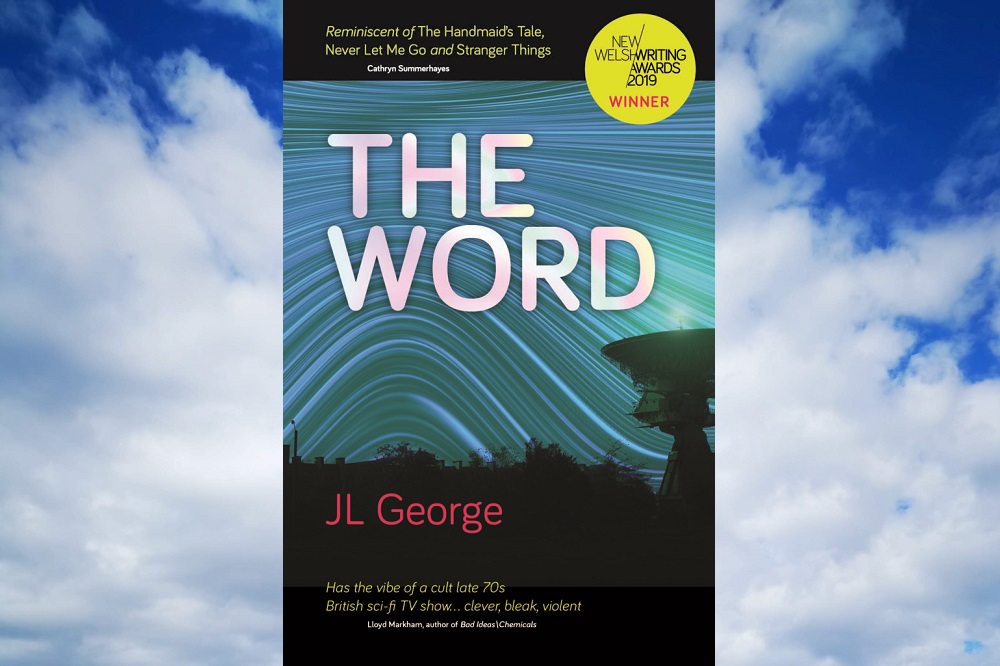 J L George has stood on the shoulders of giants to give us this thrilling debut. Her near-future, horribly plausible dystopia echoes texts as diverse as Alderson’s The Power, Hall’s The Carhullan Army and, inevitably, 1984. Her vision is the clearer and deeper for it.

She offers us an ‘England & Wales’ with closed borders, shut down communications and food shortages. It’s cold and dark and you can’t get tomatoes in the winter. ‘Great Britain’, as it still likes to call itself, has locked itself into a cold war with its nearest geographical neighbours, but it is nurturing a powerful innovation. A tiny number of each generation are born with the power to compel obedience by using a specific tone of voice. If one of them tells you to sit, or stop, or die, that is what you will do.

The Word is to be weaponised or worshipped. The prayer of one powerful priest to ‘give us strength to spread the Word, o Lord, and protect those whom you have gifted,’ takes on a different resonance in this strange new world.

Four Word-gifted children are the subject of study and research. The book opens with two of them on the run, knowing what they are fleeing but with no clear plan to escape the bigger prison of the country. As the story unfolds we learn about all four, their younger lives and how they face the choices the Word imposes upon them.

The notion of world-changing power and its impact on its holders is always a fertile topic. By giving the power of the Word to children who can have only a partial knowledge of truth or lies, George has found a fascinating new twist. What can any of us know, she asks, when we cannot evaluate who to trust and how far? And of course the children, like child-soldiers anywhere, have little chance to learn independently of the cult into which they have been – wittingly or not – conscripted. They have few tools with which to question the creed handed down by the adults around them.

The story of Rhydian, Jonno and the others is a page turner, and I want to avoid spoilers. We see, though, the unkindness of closed cults. Whether religion or patriotism, the strategies George describes to punish dissent and cast out unbelievers are all too recognisable. The extreme behaviour practiced in the name of the ‘Word, whether for god or country, is both insidious and credible; adherents carefully plan their betrayals without a qualm, always believing in the greater good.

Such figures, whatever flag they are flying for their cause, are the non-commissioned officers in the armies of authoritarianism. They are too familiar from Trumpian America and 2020’s Britain to dismiss as caricatures. George skewers their deadly certainty, even as she allows a little compassion for the sadness or loss of individuals involved. Her dystopia may be grey, but it is not black and white.

Yet we know that some in George’s Britain are ‘stooping to hide’, are seeking out those alternatives, based on shards of recall or terror at what they are forced to become. Nevertheless, we soon learn that escaping the country, resisting the mindset of authority, is not to be done alone. Just as few walked clear of the Iron Curtain without special opportunities or external help, so it proves almost impossible to reach across the borders of this new Britain just by running. Success will rely on solidarity and luck, on collective refusal to accept the common delusions that feed the mechanisms of control.

And just as the Berlin Wall came down almost by accident, so the structure based on the Word may only begin to fail by happenstance. The end of such regimes, like their beginning, only appears inevitable in hindsight. While living through such periods, even the smallest contingencies carry great weight of opportunity and loss. The children and the adults around them acquire agency only slowly and perhaps too late.

The twin genies of memory and glimmers of contact with other ways of life are just enough to motivate people to seek out options other than surrender. This novel does not rely only on unusual imagination or bravery amongst its characters (though those attributes can be found) but is a salutary reminder of the need to work with others, not all of whom will be loveable, for rescue and for change.

The Word is a clever, compassionate story despite its considerable, necessary violence. It would make for excellent radio, or alternatively a dark film with overtones of cyber-punk. While we wait for such dramatisations, enjoy this first novel. I look forward to more to come.

The Word is published by New Welsh Review and you can buy a copy here.

Hindsite? Think a correction is needed 🙂