Watch: The brilliant Twin Town mural that has appeared in Port Talbot 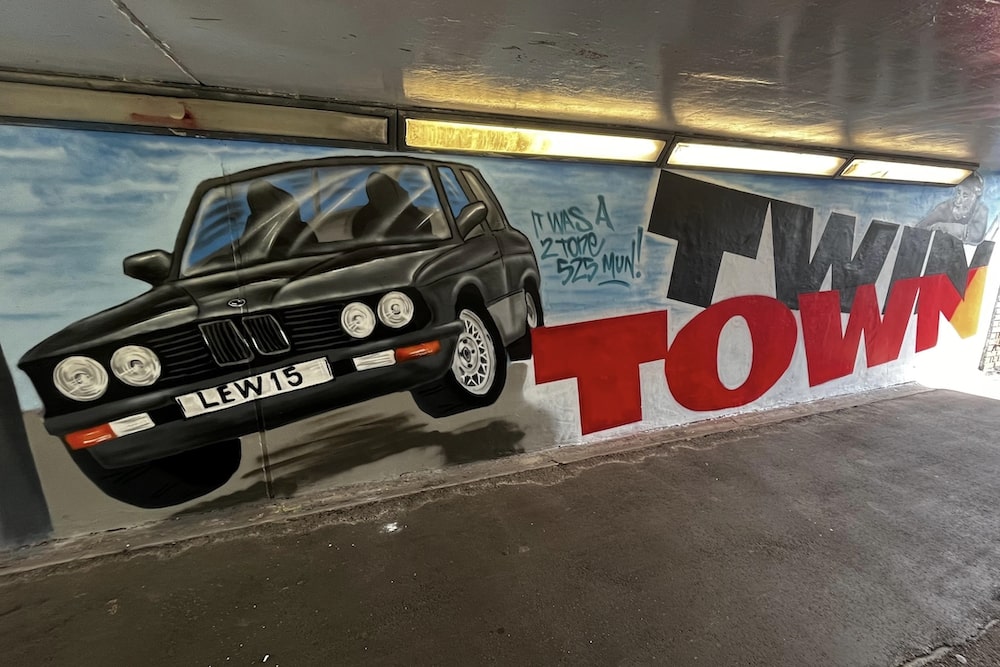 It made a star of Rhys Ifans, in his first major film role, and two and a half decades later remains one of the great Welsh movies.

Now, days after a major mural of Michael Sheen was unveiled in the town, it has addied to its burgeoning reputation as the street art capital of Wales and paying tribute to its filmic heritage, with a series of murals celebrating Twin Town.

Painted in the underpass between Dalton Road and Neath Port Talbot Hospital by one of Wales’ leading street artists, Steve ‘Jenks’ Jenkins, it’s sure to be quite the attraction with fans of the film.

“Nigel Hunt a local Plaid councillor got in touch with me to see if I would like to be involved with the project, which involved 11 different street / graffiti artists coming together to paint a subway each in the PT area,” said Jenks.

“I went to have a look at a possible subway with Nigel and got chatting to him about the theme that he would like. The stipulation was it need to have something to do with the area and be relevant to the people that would use the facility.

“Whilst we were chatting Di Botcher’s name was mentioned as a local celebrity that does not receive the same level of recognition as others from the area. Her involvement with Stella, Casualty and Twin Town was mentioned.

“As soon as Nigel spoke about Twin Town, my eyes lit up,” he added. “It’s one of my favourite films and a classic here in Wales.

“I thought I could really fill the subway with images from the film which would inject a bit of humour into the art too.

“So next came the research, all that was required was popcorn, a dvd of the film and quite a few belly laughs. I watched it a few times and took still photos of the scenes I wanted to capture, which turned out to be too many to fit in.

“I started by painting the portrait of Di and then seven long days later it was completed. I have had a great time painting it and had chats with a lot of local people.

“One lady was thrilled that it was being painted as I was covering up bullying graffiti about her daughter and others mentioned smiling every time they would now pass through on their way to the hospital.

“A lot of people love the film and commented on different scenes as they were going up. Upon completion and posting on social media I noticed that Rhys Ifans had also shared it on his page too. So I’m landed with the response it’s had, thank you Port Talbot and Nigel for arranging, we need more councils to follow this idea. It’s great to see educational / meaningful murals going up as they really communicate with people of all ages.”

Check out the images in our gallery below…

The mural is looking fantastic, I went down there on Friday as “Jenks” was finishing it off!! There is so much happening around town at the mo, it’s fantastic to see!!

I’ve honestly never watched it, despite the impressive cast. I always felt it talked to the tendency of people in South Wales to paint ourselves in the worst possible light, so I avoided it.