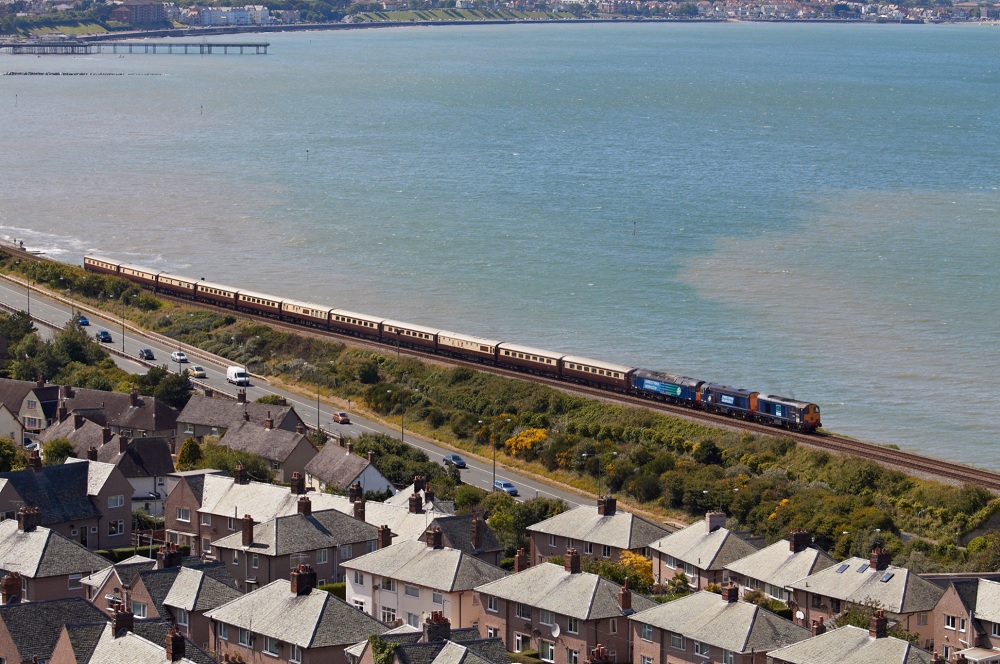 A multi-million-pound coastal defence system will better protect Old Colwyn and Colwyn Bay from “catastrophic” storms if plans get the go-ahead.

Conwy County Council has applied to its planning committee, requesting full permission for the coastal defences between Porth Eirias in the west and Splash Point in the east.

The coastal defences will feature a rock revetment (sea wall) 32m in width and 630m in length between the bottom of the east promenade to Porth Eirias.

The plans will also include improved pedestrian and cyclist access to the beach, including ramps and steps, a picnic area and an outdoor classroom.

The promenade will also be heightened by around two metres and widened to better protect the coastline and offer a greater amount of space.

The work will be mostly funded by the Welsh Government and will be the second phase of the coastal protection scheme. The first phase of work is already under way, which includes large rocks being placed on the beach to protect from waves.

Cllr Cheryl Carlisle believed the plans – if they get the go-ahead – will protect residents from problems caused by future storms.

“If nothing was done, the next bad storm could take out that Victorian promenade wall, which would then move the main sewage pipe connecting Old Colwyn to Rhos on Sea; it would take out the railway line and the A55, which would bring North Wales to a halt,” she said.

“The water comes up, over the expressway. That would have been catastrophic for Old Colwyn.”

Cheryl Carlisle added: “We’ve made the case over the years constantly that the lack of investment from Welsh Government, Network Rail and the Trunk Road Agency has put this part of the prom and all the infrastructure at very great risk.

“The main thing is the absolute relief for the people of Old Colwyn and the people of Conwy that this is finally happening after all this pressure. It’s been a massive job to make the Welsh Government listen to our fears.

“The main thing about this is the safety and security of Old Colwyn, the railway line, the A55 and the main Welsh Water storm drain. The sewage pipe runs under the prom.”

The total cost of the work is £35m. To date Conwy has obtained around £15m funding from the Welsh government.

The regeneration of the promenade will include new benches, planters, trees, bins and a picnic area with seating. New lighting will also be included as well as handrails, new street furniture, improved roads and parking and pedestrian crossing points

The planning application will now go before Conwy’s planning committee.