The Abolish the Assembly Party has vowed that other parties will be “terrified” of them by the time of the next election, after they failed to come close to winning a single seat in the Senedd.

Polls had suggested that Abolish the Assembly could pick up as many as five seats, and they were featured in the main BBC leader’s debate as a result.

But the party only eventually garnered 3.7% of the vote, coming sixth behind the Liberal Democrats and Greens.

Following the defeat, party leader Richard Suchorzewski who failed in his bid for election to the North Wales regional list, blamed other parties for their rejection.

“The bad news is that because both UKIP and Reform UK siphoned off a number of Anti-Assembly votes,” he said.

He added that “the Conservatives were persuaded not to give Abolish their second vote, by Pro-Devo Andrew RT Davies and his crew in the Assembly, we at Abolish failed to gain any seats, even though we were predicted to have anywhere between two and five”.

Despite his disappointment, he said that the party would continue “exposing the fraud, lies and falsehoods” of politicians at the Senedd.

“We have learned much in this Election so we will build on that,” he said. “The council elections are next year and we fully intend to fight as many wards as possible”.

The party currently has one councillor, Claire Mills in Powys, who defected from the Conservative Party last year.

“The Dinosaur Parties were worried about us in this past Election,” Richard Suchorzewski said. “The next one they will be terrified and hopefully we won’t have the distraction of entities such as UKIP and UK Reform being around to jeopardise the chances of a truly democratic and patriotic party such as ours, representing your voice here in Wales.”

His comments came after a politics professor said that Abolish were “absolutely annihilated” at the polls.

Professor Richard Wyn Jones, of Cardiff University’s Wales Governance Centre, told BBC Politics Wales that the movement for getting rid of the Welsh Parliament has been “fatally undermined”.

“I think the whole abolish position is fatally undermined at least for the foreseeable future because they had, there was a party representing that,” he said.

“They had full-time staff members in the Senedd. There was an infrastructure. They put that forward as a proposition, and they got absolutely annihilated.

“The Conservative Party base in Wales is actually quite anti-devolution but the party can never be because they will undermine the union if they go to that space. So, I think Abolish is gone.”

Richard Suchorzewski has had his 5 minutes of fame. Best that he crawls back into his shell or better still back to the other side of Clawdd Offa. He does not add any value to the debate here in Wales.

Anybody else shaking with fear? Ha ha.

The Assembly has not existed for quite some time. Do try to keep up Mr. Suchorzewski. 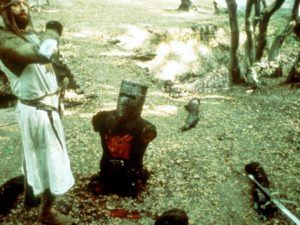 “The dinosaur parties”; “…a truly democratic and patriotic party such as ours”. The irony clearly escapes him.

Unsurprisingly, campaigning for power to be taken far away didn’t work out for him.

The man was a fool in the debate, I think the only shaking other parties will be doing will be from laughter!

The BBC did us all a favour by giving Mr Suchorzewski a slot in the leadership debate. Enough said i think !! So refreshing to see a new Senedd free of anti – Wales individuals such as Reckless and Hamilton .

He blames the other parties for preventing his becoming a member of the very Senedd he wants to abolish! What’s his logic? If people had no other choice they’d have voted for him? LOL. (In both languages!).
He’s quite well known now so will stand even less chance at the next election.