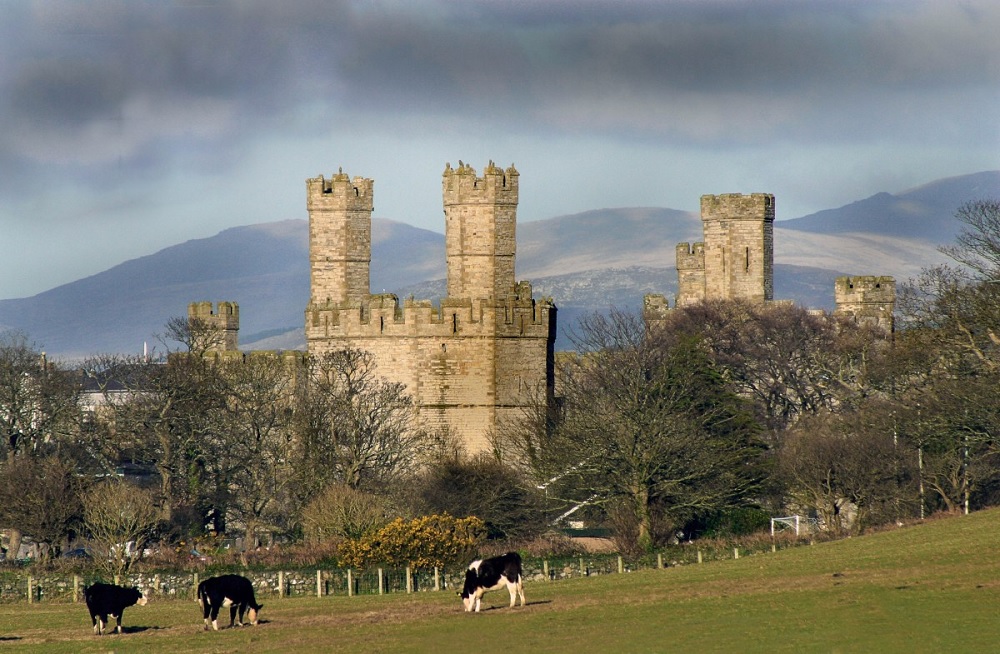 A relatively urban constituency for north Wales standards, Arfon contains the university city of Bangor and the county headquarters of Caernarfon as well as several post-industrial quarry villages where Welsh is by far the predominant day-to-day language.

The area’s heavy reliance on the public sector is highlighted by Gwynedd Council’s status as one of the area’s major employers, however Caernarfon also hosts a handful of television and media companies with Bangor University also employing 2,000 members of staff.

But frustration remains over the status of Bangor’s Parc Bryn Cegin Industrial Estate, having been built over 20 years ago but has failed to attract any tenants despite hopes that it would attract a a 400-job cinema and restaurant scheme.

Created in time for the 2010 General Election, Arfon was mainly carved up from the former Caernarfon constituency, with Bangor and Dyffryn Ogwen transferring over from the former Conwy coastal seat.

Caernarfon had returned Plaid Cymru MP’s since 1974, and was the seat of Plaid giant Dafydd Wigley, while Conwy was a historic three-way marginal between Labour, the Conservatives and Liberal Democrats.

The modern-day Arfon seat represents one of the smallest electorates in Wales, but is currently held by Plaid at both Senedd Cymru and Westminster level.

Labour almost caused a major shock in the 2017 General Election, however, when virtual unknown Mary Griffiths-Clarke came within 92 votes of taking the seat from Hywel Williams.

Labour’s chances may well depend on its traditional base in the area’s largest settlement of Bangor, but Plaid Cymru remains strong in its Welsh-speaking heartlands and the villages surrounding Caernarfon.

Martin Bristow has stated he is not engaging with the media during the campaign.

His public Facebook campaign page, however,  points to the Welsh Government’s “draconian public health interventions” during the pandemic, believing that “people should decide for themselves what level of risk to expose themselves to.”

Noting that healthcare should be seen as a “safety net and not a way of life,” on education he said: “We need to recognise that learning everything bilingually is a poor basis to learn. Bilingualism has its benefits, but it is not for everyone, and we don’t need a bilingual education system to be able to give young people the opportunity to become bilingual.

“Wales is in desperate need of change. In the travelling that I have done, and in my time living abroad, I have gained experience of a variety of public services, economies, and forms of government.

“I want to use that experience, combined with my background in engineering, to solve Wales’ problems and to take Wales further.”

“I grew up in the Welsh Village of Bethesda and attended Coleg Menai in Bangor where I studied sport.

“I have chosen to stand in Arfon because Arfon has been my home for my entire life, and I have recently settled in Llanrug with my fiancé.

“I am a member of the Welsh Liberal Democrats because I think that this party has the right balance between community and individualism, and because I support Devo Max but not full independence.”

“We are facing a climate crisis. I want Wales to become a world leader in Renewable energy.

“We must develop the Welsh economy, and make Wales a place where small and medium-sized businesses can thrive, and our High Streets are revived for shopping and leisure.

“And we must look after our people – many people have lost their jobs or suffered with their mental health during the lockdowns. So if I am elected, I will put recovery first.”

“I live in Y Felinheli, where I grew up. I raised my four children as a single parent when I sadly lost my husband Dafydd to cancer in 1999. I have worked in journalism and communications and in 2008 I was elected to Gwynedd Council representing my home village.

“I was privileged to be elected to the Senedd in the last election in 2016 and I am Plaid Cymru’s education, culture and Welsh language Shadow Cabinet Minister.

“The last time I stood for election feels like a lifetime ago. Since then Brexit has happened, the climate change crisis has claimed world attention, and Covid-19 has turned our lives upside down. YesCymru membership has exploded as well as support for an independent Wales.

“If I were elected as part of a strong Plaid Cymru team in the Senedd, my main priorities would be to get Wales’ economy back on its feet; to create parity between health and care services; to ensure that our children get the top class education they deserve.

“We would also focus on getting rid of child poverty in Wales. We would also be eager to pave the way for an independence referendum for Wales.

“Plaid Cymru is the party of communities, and as the MS for Arfon, I want to support local businesses to recover and grow post-Covid.

“I will work hard to develop Bangor as a centre of excellence for health care and education, including bringing the training of doctors and dentists. I will also work hard for an integrated public transport system for the whole of the constituency.”

“I’m Iwan, I’m 26 and I’m from the village of Talysarn in Dyffryn Nantlle. I am a fluent Welsh speaker who is currently working in the rail industry.

“Covid has impacted families across Wales. I myself was made redundant and sadly lost a family loved one.

“I’m standing for election to stand up for the people of Arfon, and ensure we have a strong recovery from the pandemic.

“In my spare time, I am an active volunteer with a number of voluntary organisation, including as a hospital radio presenter on Radio Ysbyty Gwynedd.”

“As we recover from the coronavirus pandemic, as part of a Welsh Labour Government led by Mark Drakeford, I hope to rebuild a stronger and fairer Wales.

“Young people across the world are leading the fight on the climate emergency. Politicians have the responsibility to enact on their calls.

“As an MS I will prioritise green transport and infrastructure projects, securing high quality jobs for the residents of Arfon.”

“I have lived in north Wales all my life. Most of my career has been as a Maths Teacher starting at Ysgol Friars in the late seventies before moving to Ysgol Dyffryn Conwy and then Coleg Llandrillo.

“I know Arfon well having taught there for some 18 months and more recently teaching Further Maths A Level at Bangor University.

“With my Cabinet Portfolio in Denbighshire I have a track record of an impressive building program of Affordable Housing and making resilient Communities which is exactly what Arfon needs to meet residents’ needs going forward.”

“Improve funding for our NHS to cut A &amp; E waiting times and patient’s lists. Provide resources for the Medical School and research and development for Bangor University to extend their world leading programs.

“Improve funding per pupil in schools to lift Wales from the bottom of the Home Nation League Performance Tables.

“Create opportunities for Businesses and strengthen the BIDS of Bangor First and Hwb Caernarfon. Create employment opportunities particularly for the young and help them to maintain these jobs.

“Maintain Farming Subsidies and work with the Snowdonia National Park on protecting our environment whilst making it accessible for the Tourism Industry to keep the economy flow into the area.”