Former minister opens up about death threats and abuse

A former minister has opened up about the death threats and the abuse she has faced.

Kirsty Williams, who stood down as the Liberal Democrat MS for Brecon and Radnorshire at the Senedd election, and who was the Education Minister in the last government, has spoken about the toll it took on her family.

Williams said it became “more and more difficult to protect” her loved ones from the vitriol.

She represented the constituency for 22 years, but in the last few years of her time in office, the threats of physical harm, online abuse and death threats led to led to police watching her home and a security officer accompanying her on ministerial visits.

The former leader of the Welsh Liberal Democrats told the ITV Wales politics show, Sharp End: “Just before lockdown, I came out of a school visit only to receive a telephone call from police in Carmarthen saying they had to come see me immediately as threats had been made against me.

“Unfortunately, I think that is now the reality for too many of my colleagues in public life, whether you’re a government minister or other prominent politicians in Wales who have been subject to similar threats and abuse.

“It’s a bit disconcerting to have police at the end of your road keeping an eye on your house while their colleagues try to find the person making threats against you.”

She added: “Increasingly it became more and more and more difficult to protect my family, not from the threats of violence that we’re talking about in this case, but the general level of abuse.

“When they were small, they weren’t on social media. They didn’t have access to those things. It’s pretty difficult to keep them away from that.

“So trying to protect my family or failing to succeed in protecting my family from some of the fallout from having a mother in political life was definitely a factor.

On the nature of the threats against her, she said: “Just threats to physically harm me. In the case just before lockdown, a threat to kill me. Previously on my political life received other threats to kill, which had to be dealt with.

When asked if it’s the kind of thing that could put off other women from becoming involved in politics, she said: “Yes absolutely and I think that is a real concern to me and you know those threats exist to male colleagues as well to female colleagues

“Although I do think sometimes there is a particular misogynistic element to the activities of some of these people towards female colleagues and I think that just potentially put people off who want to make a contribution, have something to say, more importantly want to do things, want to achieve things for their community, and they may decide that frontline politics isn’t the way to do it.”

Well she’d be about the last person I would imagine attracting threats of violence. She struggled with a difficult ministerial portfolio but I can’t recall her ever making moves that could set anyone off in a violent tantrum. Might have been down to her willingness to work positively on growth of Welsh education. Some Anglos in Wales get really het up about that.

She did commit the crime of being a high profile woman with thought and opinions. That’s enough to set them off.
Supporting Wales also gets you a visit from the virtual tiki-torch mobs from th wrong side of offa’s dyke

Any evidence of this? Or is it just more lazy Anglophobia?

Recent activity on line suggests that there are plenty of unhinged folk living this side of the border. They may have migrated in, although some of the names sound very native. Headbangers are not ethnically exclusive – Welsh, English, BAME, Europeans, Americans etc etc Then add a cross section of ishoo-fiends like the new fashion for gender obsessives and bingo you have a pool of serious delinquents !

I agree. Every demographic has its ratbags. Every gene pool has its shallow end. However, since this story is about a Lib Dem MP who is also a woman, who was also raising matters pertaining to Cymru, she got targetted by misogynists, Brexiteers and Cymrophobes. These were who I was referring to. Charles chose to take offence at that. Dunno why. A bit on the mark perhaps.

You specifically referenced “th (sic) wrong side of offa’s dyke” – aka England. What has the harassment Ms Williams has faced got to do with England? Answer: not a lot. But that hasn’t stopped you bringing your lazy Anglophobia into it.

I’m sick of my fellow countrymen (assuming you even are Welsh…) trying to pin everything on England. It’s lazy bullsh*t, and no better than those who try to blame all our problems on “immigrants” or the EU. Of course, on NC, there’s *one* form of blind prejudice that’s still acceptable…

Yes I specifically mentioned the wrong side of Offa’s dyke. Deliberately implying that Eng Nat trolls and keyboard warriors regularly harass anyone who does anything to better the lot of the elder nations (the more so if they are women). because it happens. A lot. Now I really don’t care what you are sick of. Your personal agenda does not interest me. But you seem oblivious to complexity and nuance, so you lazily label my criticism of (only) trolls and nationalists who are also English as “lazy anglophobia”. You use the same mealy mouthed sophistry as the brutal Israeli government… Read more »

I’m not here to provide any evidence to you. Although you, Jaguar and Schmitty are evidence yourself. But if you are really that desperate, go look at any forum where Wales or Welsh matters are discussed.

I’m evidence that there are wrong’uns in England? I’m Welsh and I live in Wales, which is probably more than can be said for you…

Anyone reading your endlessly critical posts of those who prefer independence for Cymru could easily come to the conclusion that rather than being an Anglophile Uncl Tŵm, you were just another Eng Nat troll. I’d say sorry for making that error. But you strike me as someone who would misinterpret that olive branch as weakness, then come back with some pompous comment. So … nah!

Anglo used to be a brand of Petrol. 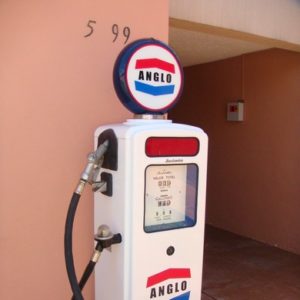 Even though there is nothing to suggest that in the article, it is blatantly clear that English people in areas as far afield as London are threatened by Welsh Medium Education and will resort to death threats to stop the use of this language that they have no interest in.

It is impossible that any self respecting Cymro could be behind this, more likely the Grammar School monoglot gammon from the hom.

There is no direct action from Cymru. We will watch the union jacks form like colonial mushroom clouds.

No politician should suffer this. The worst thing is that it makes the new generation of people like Kirsty less likely to enter politics.

Yet another example of how by misunderstanding the science of how threast are made to public figures increases the chance of unnecessary fear and anxiety. In almost every case, those who make threats pose no threat at all!

After what happened to Jo Cox it’s understandable.

Exactly. Even if the vast majority of people who threaten politicians aren’t going to follow up on their words, it only takes one or two who will for a tragedy to happen.

After reading the article I understood that Ms Williams managed to deal with this odious behaviour personally (for 20 years!), it was trying to protect her children from this abuse that was the problem. I suspect children (particularly teenagers) are unable to rationalise the “science” of threats and the anxiety produced all the time.

Kirsty Williams is a very warm person, it’s a shame she has had to go through this – people can be cruel. Politicians – the vast majority of them – are out there serving the people, they shouldn’t have to suffer this abuse.