Details have been revealed for a new coastal defence scheme set for the mouth of the Rhymney river.

New barriers would stretch from Rover Way to the Lamby Way tip and replace existing defences. The Severn estuary has eroded some of the current flood defences, and the risk is growing with climate change.

Scientists have warned Cardiff could be hit badly by rising sea levels, as the estuary has a particularly high tidal range, and many people live near the coast, like in Splott.

The coastal defence scheme is in the early stages of the planning process, and Cardiff council hasn’t yet applied for planning permission. But details were revealed in a request for an environmental impact assessment— sometimes needed for big developments like this.

Some of the existing defences there have “severely eroded”. Consultants working for Cardiff council on the coastal defence scheme said: “Extensive sections of these defences have either been completely lost or are in very poor condition and are at significant risk of failure.”

JBA Consulting detailed the reasons why Cardiff needs a coastal defence scheme in a report, as part of the request for an environmental impact assessment.

They said: “With sea levels projected to rise in the future due to climate change, there is a significant risk of a breach in the defences leading to erosion and widespread flooding of critical transport, waste management and energy infrastructure located immediately landward of the defences, and extensive residential and commercial areas in the hinterland.”

Two sites at significant risk are the Lamby Way landfill tip and the Frag tip off Rover Way, currently used as a motocross site but where a wood-burning power plant is planned. The old landfill at Lamby Way is now covered over and used as a solar panel farm.

The coastal defence scheme should prevent buried rubbish from Lamby Way and the frag tip from eroding into the water of the Severn estuary, as well as protecting Rover Way, a key road, and more than 2,500 homes nearby.

The consultants said: “If no works are undertaken along the coast, erosion will continue to increase and will impact upon the disused Lamby Way landfill within 20 years, releasing landfill material into the Severn estuary and having significant environmental impacts.” 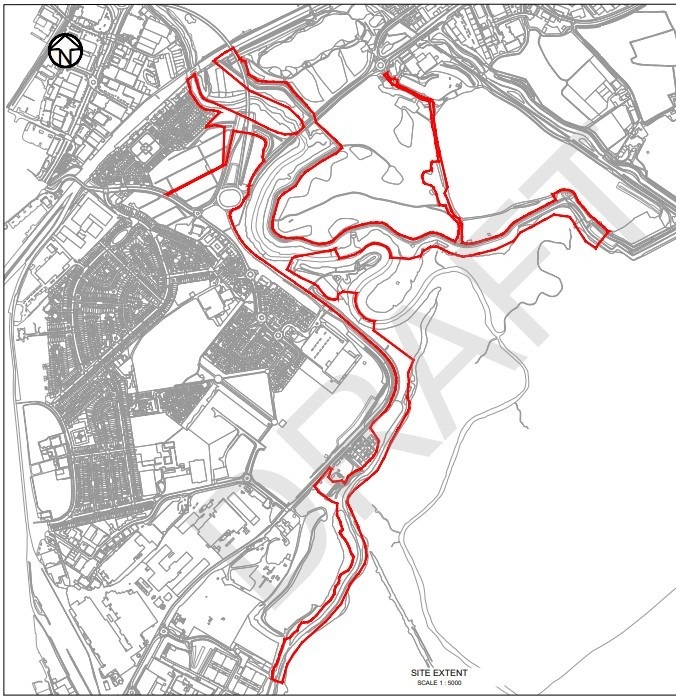 Various options are being looked at for the new defences including sloping rock revetments, metal walls, concrete walls and earth embankments. Full details of how the defences would look should be revealed shortly, once a full planning application has been made.

Construction is likely to take 18 months, beginning before spring next year and finished by autumn 2023. It is likely to cost £11 million, with the Welsh Government paying about three-quarters of the money and Cardiff council funding the rest.

Elsewhere in Cardiff, controversial flood defence work took place in 2017 and 2018 around Roath Brook. Work there saw several trees cut down despite a strong campaign against the work. Those trees were replaced with new ones, to prevent the risk of the brook flooding.