Wales is the only UK nation to have increased inward investment during the Covid pandemic, according to new figures released by the UK Government.

The statistics, published by the Department for International Trade, show Wales attracted 72 foreign direct investment (FDI) projects over the past year, up 16.1% compared to the previous 12 months.

In comparison, the results show the UK secured a total of 1,538 investments from overseas companies in the last financial year, a 17.0% decrease on the previous year. The only other UK region to experience an increase in projects was the south west of England.

“The statistics published today shows Wales was the only nation in the UK to attract more inward investment projects in 2020 to 2021 compared to 2019 to 2020, with the number of projects falling UK-wide.

“This is particularly impressive in the context of the challenges posed by our departure from the EU and the impact of the Covid-19 pandemic on our economy,” Economy Minister, Vaughan Gething said.

“The last year has been an unprecedented year. Businesses across Wales, the UK and globally have faced huge challenges in dealing with the effects of COVID-19. That’s why the Welsh Government has made £2.5 billion available support businesses across Wales during the Covid pandemic, which was above and beyond that provided by the UK Government.

“This has helped ensure we’ve retained many vital inward investment projects that may have otherwise left, which has helped safeguard nearly 7,000 foreign investment jobs.”

Sanjeev Gupta, the owner of Liberty Steel, the UK’s third largest steel manufacturer, is preparing to sell more plants in an effort to keep the beleaguered company afloat.

Mr Gupta had been hoping to secure a £200-million loan with the San Francisco-based finance company White Oak Global Advisers after Greensill Captal, the main source of finance for the GFG conglomerate which owns Liberty, collapsed into administration three months ago.

The deal fell through however, after the Serious Fraud Office opened an investigation into suspected fraud, fraudulent trading and money laundering at GFG, including its relationship with Greensill Capital.

In May GFG revealed it was selling seven UK plants employing 1,500 people, in an effort to keep creditors at bay and reports from France suggest he is now considering the sale of plants there, including the plant at Hayange it bought last year following the collapse of its previous operator British Steel.

GFG Alliance employs 35,000 people around the world and just over 3,000 of those work for Liberty Steel, including over 200 at plants in Newport and Tredegar.

The UK facilities being sold include Liberty’s aerospace and special alloys business at Stocksbridge, near Sheffield, where 762 people currently work and sites near Rotherham and West Bromwich.

GFG is also close to selling Liberty Aluminium Technologies, and Liberty Pressing Solutions, which employ close to 500 people in Coventry, Kidderminster and Witham, in Essex.

In an interview on BBC Radio 4’s Today programme in April, Mr Gupta said he was “committed” to his UK plants, and said: “None of my steel plants under my watch will be shut down for sure.”

Many of Liberty Steel’s assets were part of Tata Steel’s UK business until they were purchased for £100m in 2017.

The government has issued updated guidance for hospital visiting to all health providers in Wales.

The revised guidance, which will come into force on 5 July, includes the option for health boards and NHS trusts to use lateral flow devices or point-of-care (POC) testing to support hospital visiting.

This will include making testing available for parents of children in hospital, pregnant women and their designated support partner and/or essential support assistants in maternity services.

The new guidelines could also allow testing to considered for visitors to hospitals as part of a risk-assessed approach.

From next month up to two parents, guardians or carers at a time will be able to visit a child in a paediatric inpatient ward or baby in neonatal care, subject to local determination and following a risk assessment, including the ability to maintain social distancing.

This follows recommendations from the Wales Maternity and Neonatal Network Board. 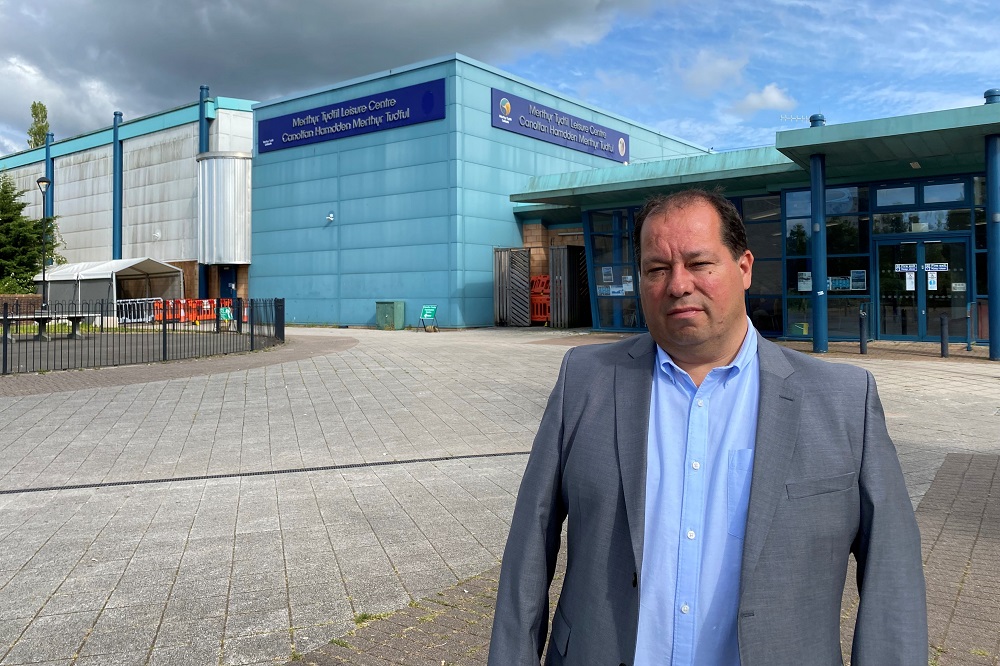 An MP is urging the local authority to take urgent action to reopen Merthyr Tydfil leisure centre’s swimming pool which has been closed since 2019.

Gerald Jones, MP for Merthyr has joined the campaign to bring the pool back into service after being asked for help by local residents.

The pool at Merthyr Tydfil Leisure Centre closed on December 2, 2019, after tiles inside the pool were found to be defective.

Since then, all tiles in all pools have been removed and swimmers have been forced to travel to Aberfan or to other boroughs in order to swim.

He is calling on the council to take urgent action to ensure swimmer can take a dip this summer.

“Swimming is a wonderful activity and a great way to stay healthy. But for residents here in Merthyr Tydfil, a year and a half without access to their pool has left swimmers high and dry,” Mr Jones said.

“After almost 18 months of the council tinkering with the problems, the pool remains closed to the public – with absolutely no indication as to when it might re-open.

“Even with the difficulties the Covid lockdowns have presented, residents rightly find it astonishing that the council hasn’t been able to fix this problem in 18 months.  The council are floundering at the deep end.

“With the summer holidays fast approaching, I’ve asked the leader of Merthyr Tydfil Council to take urgent action to make sure residents can take a dip.”

“The council is the landlord and owns the leisure centre so they should be working flat out to get repairs done so that the building can re-open as quickly as possible.

“I ask that the council urgently address this issue or residents will face another summer without their swimming pool.”

Why the focus on the number of FDI projects, rather than their value? Good for us, getting 72 FDI projects, but it’s not much of a boast if they’re worth an average of £50k each?

Typical, we succeed in what doesn’t work. FDI does NOT make a country wealthier. You need indigenous banks extending credit to indigenous businesses. Ain’t gonna happen in Wales. Let’s be honest, we really are too thick to be independent.

“we really are too thick to be independent.” No, it is more correct to say that Labour is really too thick to govern an independent nation. They are wedded to the notion that Inward Investment is somehow intrinsically better than native investment, that native businessmen are inherently bad, and that native business is best run by a bunch of 3rd sector handout organisations led and populated by friends of the party. Not socialism, not enterprise culture, just a fuzzy bureaucratic mess that prolongs poverty while the few do well.

And the Welsh keep voting for them. Not that they have much choice. But yeah, I think we’re too thick. We do EVERYTHING wrong.