Two Welsh local authorities that are considering bids to host a nuclear fusion reactor have been warned of concerns about the proposals being put forward by the UK Atomic Energy Authority.

In recent weeks, councillors from the Vale of Glamorgan and Pembrokeshire County Council have shown public interest in potentially putting a site forward to host an experimental fusion reactor.

The UKAEA has been provided with £200 million of initial funding from the UK Government to create a plant that will harness electricity from fusion and has written to councils suggesting ‘billions’ of pounds will be invested in the project with an aim to help deliver nuclear fusion within the next 30 years.

Fusion technology is still in its infancy and no fusion reactor has ever created more power than it consumes. But scientists say it could be cleaner and safer than fission, the nuclear technology currently used to generate electricity.

The conclusions of the NFLA briefing provided to the councils include:

“I can understand why the Vale of Glamorgan and Pembrokeshire Council is considering putting an interest in hosting a nuclear fusion reactor, as any call at present which dangles the prospect of money and jobs will interest any council in these difficult economic times,” NFLA Welsh Forum Chair, Councillor Ernie Galsworthy said.

“However, nuclear fusion is an energy mirage. For seven decades it has been worked upon, and it still remains a distant prospect that fusion will ever be developed successfully. The climate emergency though needs to be sorted out now, not in some distant future.

Councils should be given support to develop their critical work in mitigating it, not having their time wasted on a project that could well be a white elephant. I call on councillors to not express an interest in these proposals and call instead for more central government support to them in developing decentralised energy.”

Latest figures from the Office for National Statistic estimate that for the week ending 8 May just 700 people in Wales had Covid-19.

The ONS describes the rates in Wales as “very low” and warns that as a result ”it is difficult to identify trends since they are affected more easily by small changes in the number of people testing positive from week to week.”

Scotland continues to have the highest infection rate in the UK as 4,200 people tested positive equating to around 1 in 1,250 people.

Meanwhile, Public Health Wales reported no new deaths of people with Covid in the last 24-hours and 54 new cases.

Cardiff (21) and Newport (14) were the only two local authority areas to report new infections in double figures and nine of 22 council areas saw no new cases since yesterday’s report.

Blaenau Gwent has recorded just two new cases of Covid in the last seven days and has the lowest rate in the country at 2.9.

The national case rate has increases by 0.1% to 9% since yesterday’s update and test rate remains unchanged at 0.9%.

Speaking at today’s government press briefing, First Minister Mark Drakeford said the number of people to have received a first dose of Covid vaccine will top the two million mark at the weekend.

“This is a truly incredible achievement in the six months since the first Covid vaccine became available,” he said.

“We have one of the best vaccination rates in the world”. 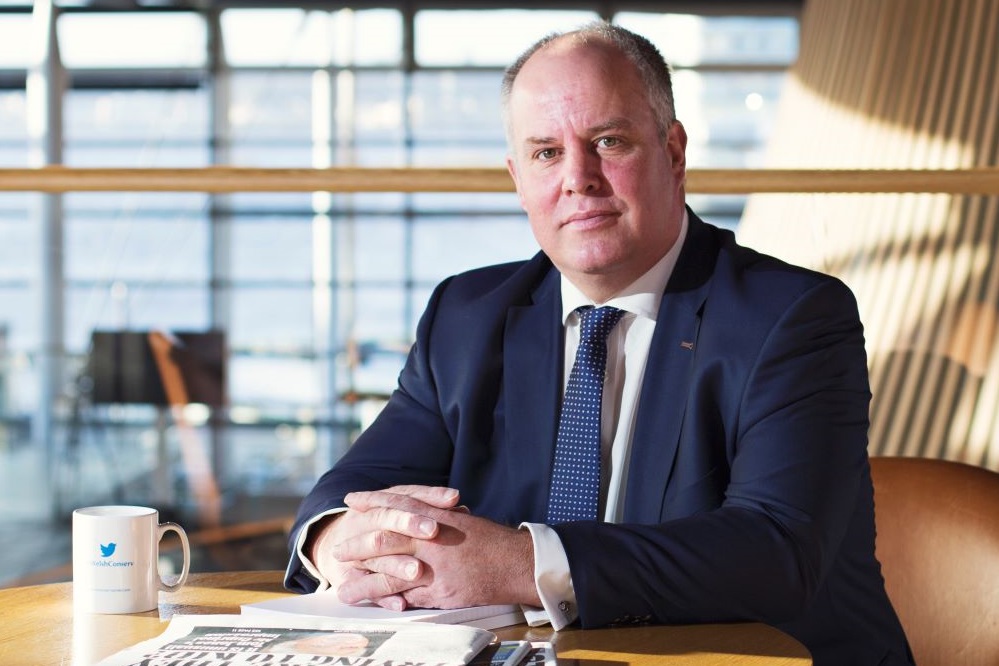 Andrew RT Davies, leader of the Welsh Conservatives in the Senedd, has wished the government well following yesterday’s cabinet reshuffle and offered cooperation from the opposition “where possible”.

The reshuffle announced by First Minister Mark Drakeford saw Vaughan Gething move from Health Minister to Economy Minister with Eluned Morgan becoming Minister for Health and Social Services. Jeremy Miles was appointed Minister for Education and the Welsh Language and Mick Antoniw becomes Counsel General and Minister for the Constitution.

“As we move out of the pandemic, Wales faces huge challenges,” Mr Davies said.

“Protecting jobs, tackling the waiting list backlog, and ensuring our children catch-up on their missed education will require the Welsh Government to strain every sinew.

“As the official opposition, Welsh Conservatives will scrutinise and hold ministers to account, but will also offer the hand of cooperation where possible to ensure Wales bounces back from the most difficult year we’ve experienced.

“And it’s in this spirit that I want to wish the First Minister and his new cabinet well as they start the significant task of ensuring our economy and public services get on the road to recovery.

“We’re proud Welsh men and women, and ultimately we need the government to succeed in the next couple of years if we are to see Wales turn the page on one of our most difficult chapters.”

The UK Serious Fraud Office has opened an investigation into suspected fraud, fraudulent trading and money laundering at Sanjeev Gupta’s GFG Alliance, including its relationship with Greensill Capital according to the Financial Times.

Mr Gupta owns Liberty Steel, the third largest steel company in the UK which currently employs 3,000 people at 11 sites in the UK, including over 200 at its plants in Newport and Tredegar.

Last month the UK Government rejected a plea from the company for a £170 million emergency loan following the collapse into administration of Greensill Capital, the main source of finance for the GFG conglomerate.

The FT reports says the SFO is scrutinising “the financing and conduct of the business of companies within the Gupta Family Group Alliance (GFG), including its financing arrangements with Greensill Capital UK”.

Earlier in the week it was confirmed that Tata Steel is suing Mr Gupta over late payments linked to the £100 million deal that saw Tata’s specialty steel business sold to Liberty in 2017.

Tata is seeking £7.9 million pounds over the missed payments, as Mr Gupta battles to keep his beleaguered business empire afloat.

In documents filed at the High Court in London, lawyers for Tata say Liberty claims it had run into difficulties as early as May 2020 when demand for steel was hit due to the pandemic.

Last week GFG said it was in talks with a US based investment company in an effort to secure a loan of over £200m to save the company from collapse.

I do not why any local authority would consider having Nuclear power reactors in their area. Wales does not need to consider Nuclear power since we have more economical ways of generating power such as from Wind, solar, wave, tidal energy, etc. I suggest this is being pushed on us by the UK regime for military purposes and will not benefit Wales at all. We could create jobs by manufacturing wind turbines, solar and tidal energy generation equipment. We could raise the money to start these businesses if we had our own stock exchange accessible to Welsh people to invest… Read more »