Nuclear power looks set to return to Wales after Rolls-Royce secured £450m for a venture to build mini nuclear reactors.

Trawsfynydd and Wylfa are understood to be two of the sites being lined up for the multi-billion pound mini-power stations.

Each £2bn reactor is expected to have a generation capacity of 470MW, enough to power 1.3m UK homes. The company hopes to build five by 2031, and then another eleven in the years that follow.

The UK Government have announced that they will match a £245m investment made by a consortium made up of Rolls-Royce, BNF Resources and the US generator Exelon Generation with £210 of their own.

Rolls-Royce has previously said that there was a “pretty high probability” Trawsfynydd could house the first reactor by the early 2030s.

“Our transformative approach to delivering nuclear power, based on predictable factory-built components, is unique and the nuclear technology is proven. Investors see a tremendous opportunity to decarbonise the UK through stable baseload nuclear power.”

Business and Energy Secretary Kwasi Kwarteng said: “This is a once in a lifetime opportunity for the UK to deploy more low carbon energy than ever before and ensure greater energy independence.”

Plans for new nuclear reactors have however already attracted opposition in Wales. Anti-nuclear groups have already criticised the plans, saying that the emphasis should be placed on green renewable energy instead.

Dylan Morgan of PAWB (People Against Wylfa B) said last month: “We have an immediate crisis now. Building huge reactors at a nuclear power station take at least 15 years.

“Nuclear power is slow, dangerous and extortionately expensive. It will do nothing to address the current energy crisis, neither will it be effective to counter climate change.

“The UK and Welsh governments should divert resources and support away from wasteful and outdated nuclear power projects towards developing renewable technologies that are much cheaper and can provide faster and more sustainable solutions to the energy crisis and the challenges of climate change.”

Wales doesn’t need this. We neither need the power nor the radioactive waste it produces. This is a UK govt policy that is focused on their needs and not Wales’. Proponents will point to jobs in support but this is far from the only way in which decent well paid jobs can be created. The Welsh govt should show leadership on this but I expect that we’ll not even hear a whimper of opposition.

Isn’t the demand for electricity set to increase massively owing to the fact that nearly every car, house and business will be powered by it as fossil fuels become replaced?

I am sure people don’t build power stations out of sheer Saes ignorance.

Can you expand on the ease to create “decent well paid jobs” ?

Wales currently exports electricity, most of it “Green” to England and without Anglesey Aluminium there is no market within 50 miles.The transmission losses alone negate any “Green” efffect and the beauty of these “minis” is that they are prefabs which can be sited wherever required.
The only reasonn they are not sited where the demand exists is political. They can ignore local objections in Wales which they can’t in England because we are a lower form of life.

Some of us consider Wales a Nation and with our own Government why should we not take decisions focussed on Wales’ development? You mistakenly assert “hatred” for our weariness of UK governance. This appears to me to be your own personal bias.

Since you know so much Dale you don’t need me to explain the myriad of opportunities that exist for economic development. But you might care to explain why you see fit to attack the posters and obfuscate the arguments presented. Would you care to explain why Wales should host nuclear power with all its attendant risks and waste when we already have double the capacity we use and extensive renewable resources that still remain largely untapped. Dont forget to cover hydro electricity and recent advances in industrial scale and domestic batteries. Oh, and do try this without your feeble attempts… Read more »

1. Wales exports half its’ electricity. Like I said, Wales doesn’t need this.

2. Where did I mention “Saes ignorance.” You appear to presume a great deal about me. Might that be your own prejudiced preconception?

3. I’m sure if you read around the subject of “Economic Development” you’ll be presented with a range of ideas on job creation.

San Steffan is banging the same flabby old drum. Nuclear is not low carbon and, even if it were, it’s not deliverable in time to avert climate disaster. They haven’t got a spade in the ground on the proposed Môn facility to research heat flows inside SMRs. All reactors release uranium particulates that, as shown by an increasing amount of published evidence, cause cancer, leukaemia, and birth defects far more frequently than predicted by the official radiation risk model which is, itself, based on bogus science. I have shoehorned the evidence onto the agenda for discussion by Office for Nuclear… Read more »

I think you’ll find that coal fired stations are the ones which release uranium particles; the reactor core in any nuclear plant is sealed and rigidly monitored. It has been long known that coal fired plants do this and is one of the reasons coal is considered to be the worst solution bar none. This is absolutely essential for our long-term infrastructure. NIMBY-ism is not going to keep the lights on when fossil fuels are phased out. Nor are conventional renewables. Trawsfynnydd is an ideal site for a Rolls SMR as it can also use excess power at off-peak times… Read more »

Yes, there’s some uranium in coal but see http://www.unscear.org/docs/publications/2000/UNSCEAR_2000_Annex-C-CORR.pdf. Table 34 “Particulates released from reactors in airborne effluents”. These would be licensed releases. Eight years data 1990 – 1997. Can’t find a later publication, surprise surprise. The data are given in Becquerels (Bq – units of radioactivity) so we’re axiomatically talking about radioactive dust particles, not housedust although as we know some of it ends up as housedust. Most of it’s uranium. I have tried unsuccessfully to post an image showing the impact of uranium decays from a particle etching a plastic sheet. The particle was in a car engine… Read more » 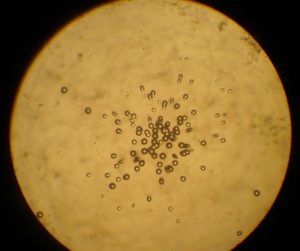