Welsh dragon penis petition crosses 1,000 supporters – but fewer than half are from within Wales

A petition to give the Welsh dragon a penis has crossed 1,000 signatures – but fewer than half of them are from within Wales.

1,014 people have signed the petition so far, far in excess of the 50 needed to ensure the Petitions Committee consider the matter but well short of the 10,000 needed to secure an automatic debate in the Senedd.

But only 472 of the total are from Wales, suggesting that many of the signatures have come from abroad after the petition was given attention in the international media. 291 had come from England and 32 from Australia.

The Senedd petition website allows anyone to sign the petition and adds their numbers to the overall tally, but also asks for a postcode or country.

Within Wales, there was support from Ceredigion, with 25 signatures, Cardiff South and Penarth with 26 and Cardiff Central with 28.

The petition was created by Rhŷn Williams, an artist and Welsh researcher from Tudweilog and who now lives Pwllheli, who said that the dragon used to be depicted as male on Welsh families’ coats of arms.

“Within symbology, an erect penis depicts fertility and strength, when applied to a royal insignia, it’s even more important because in order to show a leader’s capability in sustaining a kingdom, this has to be conveyed via simple imagery,” the petition states.

“Thus when the dragon is erect, it portrays dominance and leadership, but when the penis is missing, this portrays the creature (the nation) as dominated, weak and fragile.

“When the Royal Mint depict our dragon, they recognise that he has a penis, but for some reason, our government does not, and although some may find the topic amusing, this imagery is important if we are to carry on flying it for centuries to come.”

“This confusion has bewildered many artists, poets, songwriters and authors alike for centuries by mistaking his sex.

“But what we do know is that the penis is still being added via royal imagery so this should convince the Welsh government to add a penis to our flag?”

The petition will finally close on 29 January.

Isn’t this a bit sexist to assume that if the Welsh dragon is female it is weaker? Some of the strongest and wisest political leaders I know are female. We live in the 21st century not medieval times.

You’re missing the point (so are all those who liked your comment), the dragon was first depicted with a penis by the creator of the red dragon on green and white background in the 15th century by King Henry VII (a Welsh king), the petition isn’t supposed to show that men are stronger than women, it means that by castrating the dragon, the dragon then is turned into an eunuch.. so the dragon wasn’t female to begin with, so to assume that the petition is sexist is to misunderstand vexillology altogether.

All very silly and partiachal. It would have been a good idea to look into the reproductive apparatus of reptiles before assuming our Dragon needs a visible penis – even if it turns out the dragon is male.

The guy who pushed this is a massive idiot. What, are supposed to x-rate our national flag and put a warning on it? Sexist moron.That petition needs to burn.

How come he’s a sexist moron? he seems to know both history and vexillology quite well, at no point did he suggest that women are inferior, he said that the dragon was created as a male dragon, but was then censored after the end of the Tudor dynasty, so the dragon was made into an eunuch (which symbolises debilitation/weakness) and in no way shows that an eunuch is the same as a female, so it seems that you’re the massive idiot.

Lions, horses and dogs on heraldry have visible genitalia too, are you suggesting we get rid of those too?

Is it April Fools already? Who cares if it has reproductive organs or not!

Y Ddraig Goch is mythical creature from Welsh Arthurian legend, not a real flesh & bone reptile. It’s symbolic of our struggles as a native people against adversary.

And if ones worried had balls themselves Wales would now be a rich, prosperous & independent nation rather than a shadow of its former self.

Symbology is fairly important, it’s prominent within huge corporations and royal entities, just because you don’t see its important, nor understand symbology doesn’t discredit the petition.. with an username like yours, surely you should be supportive of it due to it giving our dragon more power.. unless of course you like to see a scorned dragon symbolising the population of Wales? do you see the population of Wales as weak, fragile or/and willing to bow to those who wish you nothing but malice?.

It is apparent that this is very revisionist, within the animal kingdom , the female of the specie is the more dominant as a protector , and therefore that we should consider Y Ddraig to be of the feminine nature, after all the female symbolism is already within our culture eg Môn Mam Cymru – Anglesey the mother of Wales and of course the stereotypical Welsh Mam , the eptitome of the final word and the raised eyebrow which can silence a packed room.

But the dragon was made into a male by King Henry VII, literally the person who designed our modern flag.

Reptiles, if male, do not have external reproductive organs as they are concealed within the organism via the cloaca.

Whether or not the dragon is male or female will have to remain in the realm of theory, as either way it’s genitals wont be giving the game away.

Ancient britons didn’t travel much to hot climates to study reptiles, they based their ideologies based around creatures they already understand in their own climates, plus, dragons are not real, it’s a symbolic image so they literally created creature based purely on imagination with what they deemed to represent their deities, look at this medieval art piece of a whale, our understanding of the natural world has improved significantly for the centuries so of course we’re to correct an ancient image, but it doesn’t take away the validity of the identity of the dragon in any way. 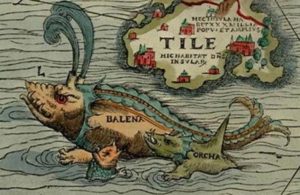 leave the dragon as is! It does not need a gender to be a potent symbol of the country I love

Tell that to Henry VII who invented our modern flag

What is it that 53% of the petitioners want, given that it’s not their country’s national flag?