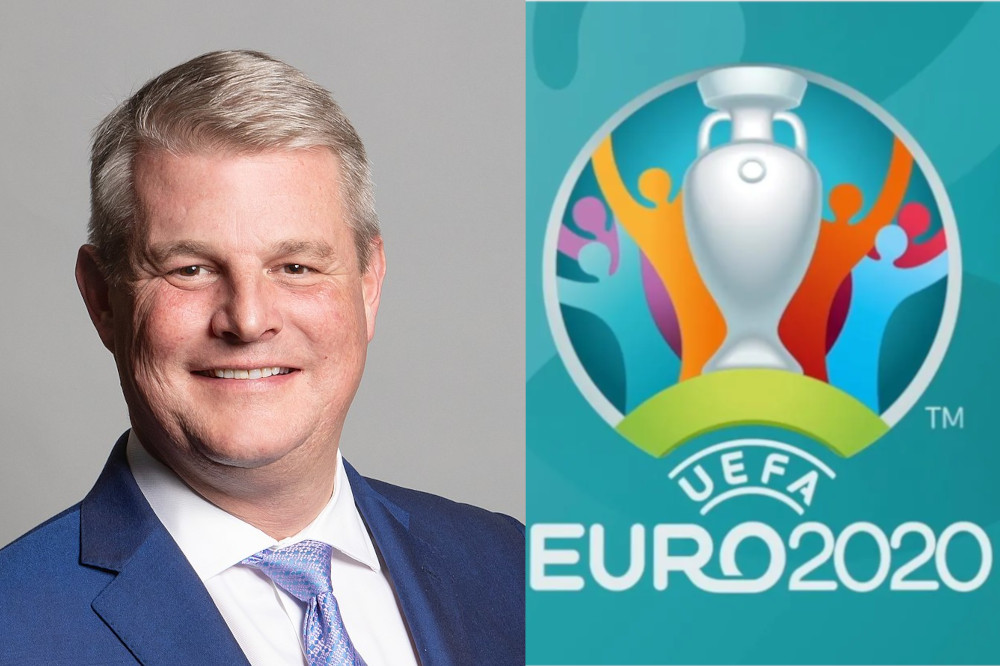 A Welsh politician is one of nine MPs who accepted Euro 2020 tickets from gambling companies.

MP Stuart Andrew, whose political career began as a Wrexham councillor, received a ticket and hospitality worth £1,961 from Power Leisure Bookmakers Ltd.

The ticket, recorded on the register of MP’s interests, was for the England versus Germany game that took place at Wembley Stadium on June 29th.

Politicians have been challenged about accepting hospitality from gambling companies at a time when the UK government is reviewing betting laws.

Speaking to the Guardian, Matt Zarb-Cousin, director of the Clean Up Gambling campaign, said: “While the government reviews our gambling laws, it’s no surprise to see the betting industry on a charm offensive.

“Thankfully the vast majority of MPs are in favour of gambling reform, but legislators should think twice about accepting hospitality from a sector that derives the majority of its profits from people experiencing harm.”

Stuart Andrew is a former Ysgol David Hughes pupil who was first elected as a Conservative councillor in Wrexham in 1995 before moving to Leeds.

He served as the Parliamentary Under-Secretary of State for Wales in 2018 and currently serves as a Conservative MP for Pudsey in West Yorkshire.

Analysis of Stuart Andrew’s parliamentary voting record on the They Work For You website suggests that he has consistently voted against any greater regulation of gambling.

The nine MPs named include seven Conservatives and two Labour politicians. The register of MP’s interests has not yet been updated to include hospitality relating to the Italy versus England final.

Wrexham again, I bet the Wrecsam bookies could tell a sad tale…

He is MP for Pudsey in West Yorkshire.

Says in the article.

You see where he is from originally though, yes? Still, if Pudsey West Yorkshire wants our shiftier, more purchasable politicians, it it welcome to them. If we could, we’d throw in Jamie Wallis for free (he’s perfectly able to negotiate his own “special interests – though less capable at declaring them)

So he is and that was the line I was looking for…the one that said Tory, although the blue was a hint. Diolch

They don’t even understand that this is unacceptable.

Did anyone else guess the party of this freeloader correctly even before reading the article?

Sad to hear this. I remember when Stuart Andrew looked like he was going to be a decent useful Welsh politician. The greasy pole strikes again.