YesCymru can’t complain about the UK Government placing a 100 foot Union Jack on their own building while putting stickers everywhere, a Tory MP has said.

In a call with journalists, Monmouth’s David Davies shot back when asked about a petition against covering a tax office in Cardiff with an enormous 100-ft high Union Jack, which has now received well over 13,000 signatures.

“The petition I understand is being pushed by Yes Cymru and I’m frankly sick of seeing Yes Cymru stickers being placed all over signs and buildings in Wales,” he said in comments recorded by the Western Mail.

The petition by YesCymru calls on the Chair of Cardiff Council Planning Committee, Cllr Keith Jones, to reverse the decision to give the huge flag the go-ahead.

The petition states: “We believe that as the capital city of Wales, visitors, commuters and residents should not be faced with a gigantic Union Jack flag on arrival at Cardiff Central railway station.

“This decision by Cardiff Council Planning Committee to grant permission to drape the HMRC building on Central Square is an act of political symbolism designed to promote ‘muscular unionism’ a reminder to the people of Wales of their subservient status in the United Kingdom.

“We the undersigned call on the Cardiff Council Planning Committee, and its chair Councillor Keith Jones, to withdraw their permission for this advertisement.”

The prominent branding comes amid a move towards “muscular unionism” by Boris Johnson’s government, which has also recently ruled the Union Jack must be flown above the Welsh flag and ordered civil servants to stop referring to “the four nations of the UK.”

Yes it can. One is an apolitical movement specifically campaigning for self-rule. The other is a big ugly sphincter – symbol of an oppressive “muscular unionism” designed to put us “bally welshies” in our place. The childish petulant comment about Yes Cymru not getting planning permission for its stickers:- You don’t need planning permission to put up stickers you oaf! Even if you were dumb enough to insist on it, a sticker would be classed as temporary (or a temporary structure in planning parlance) and would therefore be exempt from planning restrictions. “when they apply for planning permission for all… Read more »

David T.C. Davies, a M.P., who according to 2 other members of the Welsh Affairs Select committee, believes that aliens visit earth. I thought they were joking until he tired to explain the benefits of Brexit to me using a tea cup as an example.

Oh please do enlighten us all by recounting Mr Davies’ explanation, I am struggling to find any benefit in BREXIT. Does he read tea leaves? Can he read runes and goat entrails too?

Surely the Tories are evidence that aliens do visit earth. How many Tories do you know that can present believeably as human? Sayeeda Warsi and Oliver Letwin for example are fine people.
But Gove, Retweet, Johnson, Hancock, Priti Evil, Dominic “Johnny Karate” Raab, Jamie the Pimp, Rob The Predator? Definitely crash landed on Earth in the idiot ship

How can the Tories not believe in aliens 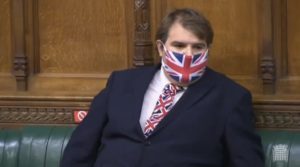 Everyone move to the other side of the ship!

“… we applied for planning permission for our flag…”
So it is a Conservative flag then? Nice to have that confirmed.

I noticed that too. I’m subsidising the Tory party with my taxes?

Meh. Party of government. Government project. Government of the UK. Of course, that isn’t what he meant, but there’s some steel man-ing.

DID they now? Someone please find out!

Notice how he said”Our flag”.
Looks like the Yes Cymru movement and all the visible stickers are starting to become a thorn in the Westminster elites side.Long may it continue.

So is the union rag

In occupied Poland between 1939 and 1945, the unpleasant flag of the occupying power was everywhere.

The Polish resistance used the symbol known as the kotwica (an anchor designed on the letters PW to stencil on walls beneath.

Bloody Poles. How dare they?

You have one of your own.

Yes but the difference is that democratic routes to independence have not been exhausted. I would sympathise with illegal fly-posting in Scotland, where the SNP have a democratic mandate for a (second) referendum but this has been blocked by Westminster. However in Wales, the people have not even come close to electing a Senedd majority in favour of independence. Once it has actually reached the stage that the Welsh Government have formally requested an independence referendum and the UK government have said no, then there would be moral justification for some kinds of peaceful direct action. Until then, your comparison… Read more »

Get Brexit done. Take Back Control. Sticks in the mind, eh?
So does * YES CYMRU *.

Actually it is sign of democracy. If you want nice and tidy without “blight” with only government approved posters and stickers explore North Korea or Byelorussia. 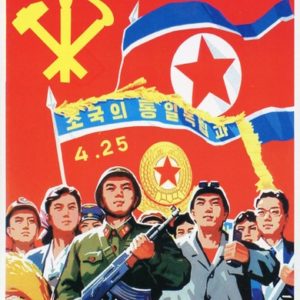 Name three countries in Europe that are outside the EU, have reactionary governments and adore big flags? Turkey Byelorussia and Great Britain (notice I didn’t use United Kingdom).

I just use the British State…it includes NI

I know where they could stick their 100ft Union Jack. Clue… Does dim haul yno.

If David Davies is sick of seeing the stickers, he now knows how we feel when we are told to support England in football, constantly called ‘England-and-Wales’ (which I’m sure our English friends are sick of too), constantly told to accept a flag which doesn’t represent us, no Welsh team at the Olympics etc. etc. etc. ….

Very likely, but “the organisation” should condemn and disown any of its members that are responsible for illegally posting these stickers.

I’m uncertain that the sticker thing helps us that much, seems a tad studenty to me. There are plenty of unengaged, apathetic and indy curious people who have expressed that they’re ‘everywhere’ and an ‘eyesore’ (bit hyperbolic, but they have a point). I don’t mind TC, he stands up for what he believes, unlike many other toadies and dic sion dafydds searching for a pat on the head. I just disagree with him,both politically and on indy. There is a substantive difference between a stickering campaign and a UK gov building flying the (current) official flag. Still, we have the… Read more »

One substantive difference between the small YesCymru stickers and the huge Union Flag sticker is that I am paying for the huge Union Flag sticker whether I like it or not. Let us remember that the current Tory government is cutting overseas aid providing clean, safe drinking water to some of the poorest people in the world but at the same time spending extra money on useless British flaggery, it’s shameful.

Oh, I completely agree. This action, along with all the cringeworthy (and increasingly authoritarian) identitarian myth making is to be protested, countered and resisted. I’m just not a fan of the stickers. We can look at Dai Dafis’ response and laugh, but there are plenty potential supporters who’ll agree with the sentiment – are YesCymru not for civic pride? That’ll be what many think. It’s off-putting save for those already on our side. Our bumper stickers, tshirt, flags and posters are all positive, voluntary, individually held exemplars of supporting the cause – great, it says “why not consider indy, I… Read more »

I can see your point but perhaps we have to weigh raising public awareness of the cause of national freedom against the minor and temporary defacement of public property. Here in Mid Wales I haven’t seen any inappropriate YesCymru stickery (yet) but I’m doing my bit with the back end of my car. 😃🏴󠁧󠁢󠁷󠁬󠁳󠁿😃 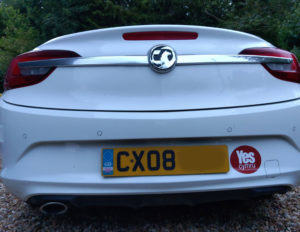 Yup, mine too! Ardderchog.

If some data were to come to light as to the efficacy of stickers to raise positive awareness and not to tie the notion of our emancipation to defacing lampposts, I’ll stand happily corrected. I fear it is doing more harm to our movement than we realise – subtlety and with the best intentions, the way previous movements have failed.

The Yes stickers are put up by the people. The union flag is put up by a post colonial power that thinks the Raj still exists.

It still does on the Tory front row

My brother says they think “Carry On Up the Kyber” is a documentary.

Is the Vaccinated sticker now going to be used as a “but they..” defense too?